Recently, I led a group on an adventure, hoping they too would feel what I felt seeing The Mermaid. Comprising 16 individuals, including my two teenage sons and their friends, our extended group was beautifully diverse in both age and culture.

By this time, I had seen The Mermaid twice and had excitedly provided my comrades with far more fun film facts and informational trivia than I had received prior to my first time (so I had set expectations quite high).

I was convinced that nothing I shared would spoil this romantically charged fantastical romantic comedy that was about to unveil itself before their eyes. Turns out, I was right: to my delight, they were all as smitten with the film as I was!

Here are some quotes from a few in my group who attended The Mermaid:

"It's amazing to see such a refreshing film outside what we generally see, which is Hollywood." Ezekiel (age 17)

I'm not going to spoil this marvelous movie; instead, I'll regale you with the same tidbits  shared with my friends so you too can have context before you step into the theater at The Grand for your own dose of undersea magic.

It is hard to imagine that this mega blockbuster, that reigns as China's largest grossing film of all time, is only being played in 35 theaters across the US. Fortunately, with the quick action of The Grand's Executive Director Philip Cowan, we were able to book the film in the first week of the film opening internationally. 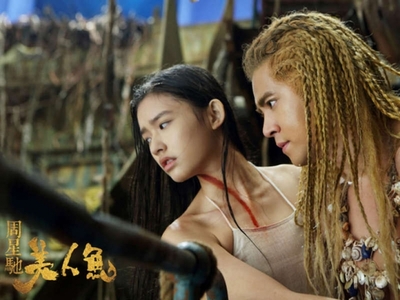 The Mermaid is superbly cast; I was impressed by 19 year old model-turned-actress, Jelly Lin Yun who landed the title role for her first ever film. She stars alongside Taiwanese pop star Show Luo, and well known actors Deng Chao and Zhang Yuqi.

The film was initiated by the director, Stephen Chow, who, along with eight other writers, took five years to complete the script. Inspired by Hans Christian Andersen's The Little Mermaid, Chow claims that as a child, the fairy tale provided substance for his imagination as the sea both terrified and fascinated him as a child. A self proclaimed "fairy tale addict" Chow states that "in the world of fairy tales; the evil are punished and the good see a happy ending."

When my friends first stepped into theater, they may not have known just what kind of technicolor fantasy awaited them, but by the end, they were all grateful to have experienced the exaggerated, weird, and joyous ride. My friends were not alone: the audience was a sea of smiling faces as they exited the theater, making it clear that Chow's fairy tale ending certainly delivered. 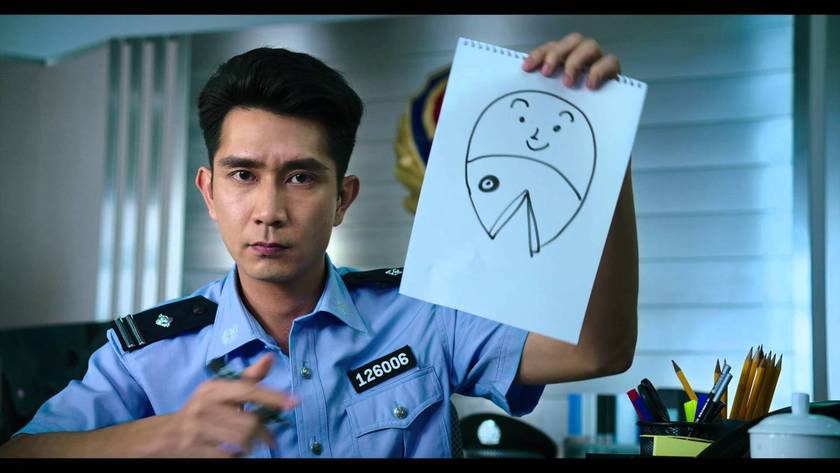 Flooded with slapstick comedy, unpolished CGI effects, outlandish satire, and disguised as an unlikely romance between a business tycoon and a sea loving mermaid, The Mermaid finds a deeply contemporary way to explore environmental mindfulness through activism. A must see!

Lisa Fruichantie Film Review, In Theaters, Only at The Grand (1)Comments
Back to Blog