It takes a village to run a non-profit cinema! Many of the front line team members who sell tickets and serve up popcorn and concessions are part of our dedicated volunteer force. Below is a full list of administrative and organizational staff who work behind the scenes to make great things happens.

Born in Dallas, Philip has lived in Tacoma since 1998. After working in minor league baseball for ten years, the last eight of those for the Tacoma Rainiers, Philip was named Executive Director of the Grand Cinema late in 2006. Prior to his job at the Grand, Philip served as a volunteer and board member for the cinema. His favorite part of the job is watching and picking films for the Grand. When not at work, you may find him traveling to new places or watching movies with his teenage daughter! 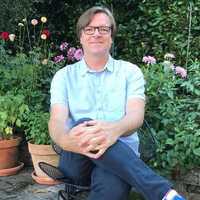 Wade is the Assistant Executive Director at The Grand Cinema and TFF. He is an an intellectual property and entertainment attorney, a professional musician with 10+ years experience in the music industry, and an advocate for nonprofit causes. Wade served on the board of The Grand Cinema for four years prior to working for the organization, and is a former treasurer and director serving the board of the Tacoma Community College Foundation. He is currently a commissioner for the Tacoma Arts Commission.

At The Grand, Wade oversees theater operations and runs various events and programs throughout the year. With respect to TFF, he oversees the work of and provides support to the Director and the TFF team in connection with submissions, film traffic, and filmmaker relations.

Marlee first joined the team as a volunteer in 2013, was hired as a part-time house manager in 2014 and has held several different positions within the organization since then, currently serving as our Membership Manager. Her favorite part of her job is interacting with volunteers and patrons and ensuring everyone has a fantastic theater experience.
She believes The Grand is a fantastic place for meeting interesting people and relishes being able to interact with such vibrant members of the community. She also has a passion for film festivals and visits several throughout the year including Sundance! When not watching movies, you can probably find her trying to keep up with her toddlers.

Rachel joined The Grand in 2007 from the sports entertainment industry, bringing her expertise in team sponsorship and corporate relations to the art house and festival. Working in partnership and sponsorship development for more than a decade, Rachel loves to build collaborative partnerships in service to the community.
Rachel works with businesses at a local and national level to find creative and successful sponsorship and marketing strategies in support of Grand Cinema programs and projects. She enjoys working with a small, passionate, dedicated team and sees The Grand Cinema is an invaluable, trusted community resource.

Paul Richter is a writer, improviser, actor and filmmaker who has lived in- and loved- the city of Tacoma for 15 years. He is a member of the local improv troupe, Muh Grog Zoo, a frequent participant in the Grand’s 253 Film Competition, and a true believer in the power and beauty of telling stories on film. He has worked in youth development his entire career, specializing in arts education and programming. He is thrilled to be a part of the Grand Cinema Family and to develop programming to support people of all ages in our community to learn, grow and tell their stories.

For more than a decade, Gini has helped support the work of The Grand through a variety of administrative roles like keeping track of finances and accounting, and providing customer service to our members. Previous to that, she served as a Grand volunteer - if anyone knows their way around The Grand and its history, Gini does! 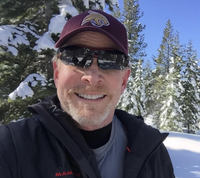 Ken Crowell, Operations Manager
Ken volunteered here for two years before being hired as a House Manager in 2017 and then took on the volunteer coordinating role in 2019. An engineer in his previous work, Ken uses his eye for order to ensure that you have a great experience from the time you enter our doors to when the credits roll. Away from work, you might find Ken at the gym (he used to own a fitness center!) or wrangling his spirited golden retriever, Scout. 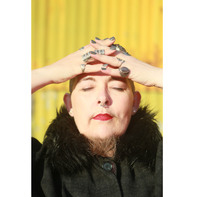 Naarah McDonald, House Manager
Naarah has been watching films at The Grand for the last 20 years and joined our team as a House Manager in February 2018. She loves that her job helps showcase exceptional independent films and community activities that further the creative spirit of the local film industry. A part of the local industry herself, Naarah does theatrical costuming work for local theater companies, and when she is not at The Grand, you can visit her at the boutique and textile maker space she runs in downtown Tacoma! 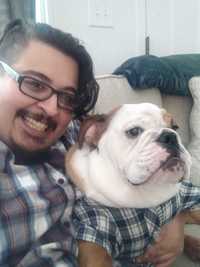 José Candido, Lead Projectionist
José joined The Grand Staff as a projectionist and house manager in 2016. He brings The Grand a great deal of theater and projection know-how, having worked with AMC Theaters for over 12 years.
José finds that when he likes a movie or tv show, he’ll watch it over and over until he has it memorized. When he’s not at The Grand or watching movies, he likes to hang out with friends and play video games. 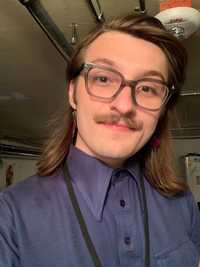 Wendell Ratliff, Marketing and Sponsorship Manager
Wendell brought their background in audio production with them when they joined the Grand in 2016 and has done just about every role at The Grand from box office to marketing. You’ve also probably heard their music before every film!
Wendell loves that disoriented feeling stumbling out of the theater and back into reality after a really good film. 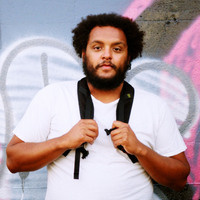 Dianté Neagle, Projectionist
A movie loving projectionist and comedian/filmmaker. When not at The Grand, you can find him hosting and performing at local comedy shows! 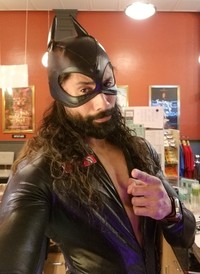 Bonne Dorrell, Bartender
Your friendly local barkeep and master of ceremonies with a passion for storytelling in all its forms, Bonne put his roots down at The Grand Cinema in 2018 after years of patronage and volunteering. Bonne also works as a local performer, though will never admit to being a good actor, not unlike bartending, but will wholeheartedly agree that he’s such a delight to work with and is constantly grateful for the never-ending opportunities to behold, share and create a good story. Unless you want your beer warm, don’t get him started on director Giuseppe Tornatore or maestro Ennio Morricone! 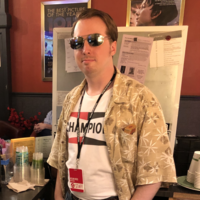 Kegan Ross, House Manager & Bartender
After volunteering with The Grand for several years, Kegan started working as a bartender in 2019 and then a House Manager in 2021. Having long been a fan of the 253 Film Competition, he finally competed himself with a group of his friends earlier that same year (creating the short “How Not to Make a Short Film”) and looks forward to participating again. In addition to learning more about filmmaking, he enjoys writing and listening to music in his downtime.