Menu
June 3, 2016 The Lobster Review: Romance in the Absence of Emotion

The Rules of This World

The Lobster, set in a near-future dystopia, follows our protagonist David (Colin Farrell) who is a resident of The City. In this future, all citizens of The City are required to be in a relationship. Should they be too long single, they are sent out to a place called The Hotel to find a partner. 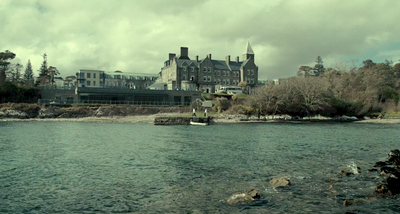 Activities at The Hotel emphasize the loneliness of being single in absurd ways as a means to encourage its residents to find love, but these activities often border on shaming or humiliating them.

If guests at The Hotel fail to find someone after a set number of days, that person is then turned into an animal of their choice and sent off into the woods.

Recently broken up with his long-term partner, David is sent to The Hotel, bringing with him his brother, who had been changed into a dog after failing to find love at The Hotel. That prior sentence by itself, speaks volumes about the tone of this film. 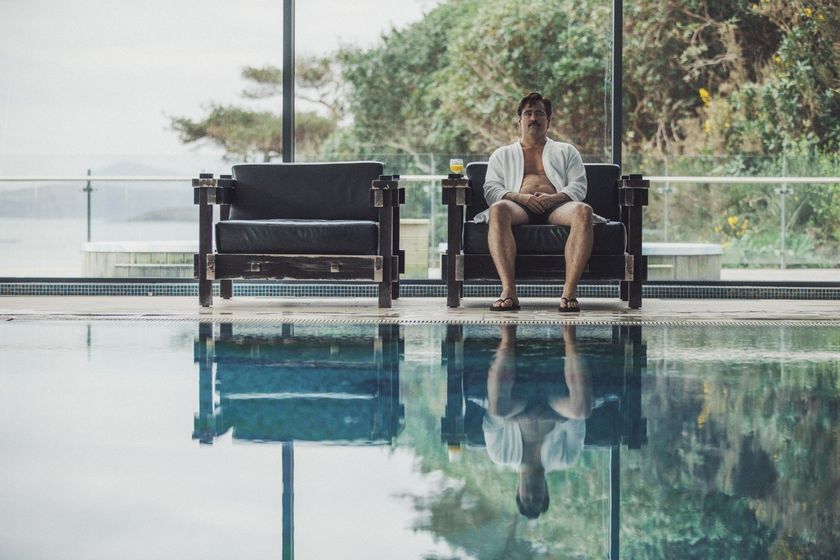 Contrasted with this rigid partnering system is a rebellious group of single people wandering the nearby forest, themselves hunted by residents of The Hotel.

Ironically, this rebel group enforces strict rules within their ranks to equally absurd lengths, mandating singleness and violently punishing those who seek romance.

The Lobster criticizes the extremes of both solitude and companionship in its own abstract and surrealist way. No single character is an angel, in fact each embodies the spirit of a flawed stereotypical character seen in typical romantic stories. All have unrealistic expectations of relationships that ultimately sabotage their own chances at lasting love.

The first English-language feature by Greek director Yorgos Lanthimos (acclaimed for his 2009 thriller Dogtooth), The Lobster is a very dark comedy interspersed with drama, thriller elements, romance, and some whimsical science fiction. The script is perhaps my favorite part of the film, and the tone and setting give off an Orwellian vibe dabbling in the deadpan style of Monty Python. 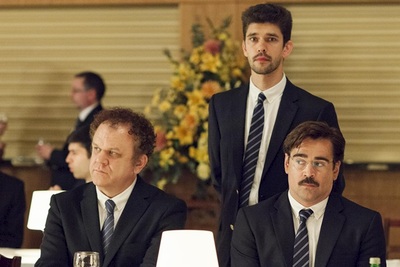 The actors convey almost no emotion in their words, but channel physical comedy through the subtlest of gestures.

Colin Farrell shows us how the smallest raise of an eyebrow can invoke laughter, drawing on nearly the same comedic approach as he did in the film In Bruges (2009).

To her credit, Rachel Weisz shares delightful chemistry with Colin Farrell -- no small feat given the stony-faced tone of the film.

And John C. Reilly, a comedy veteran, aligns with the awkwardness of his character so well that it feels instantly natural from his first moment on screen.

This delightfully absurd film is often punctuated with beautiful cinematic shots of the Irish countryside littered with the exotic animals like camels, peacocks, and flamingos wandering the landscape. This mixture of nearly surreal images attests to the film's mastery of the strange and absurd as a tool to point out nonsensical ideas in this near-future's romantic standards as well as some present in current societal norms.

A single conversation between Farrell and Reilly's characters about the animal transformation process epitomizes the strange logic of this universe, where the everyday occurrences of these animals make no sense to us but are perfectly natural and rational in the minds of these characters. 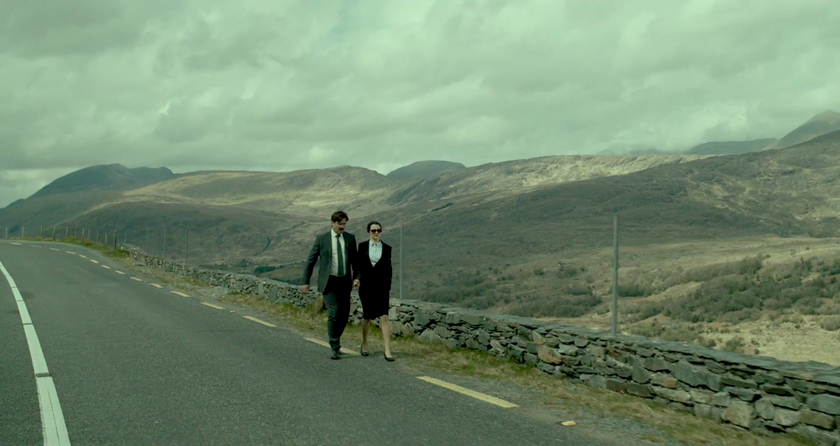 I could go on interpreting this film or extrapolating on my own perspectives, but the film itself is so abstract and poetic that assigning the narrative one specific meaning would do it an injustice.

My advice is just to see this film for yourself and interpret it your own way -- or don't interpret it at all. There's much to enjoy from The Lobster no matter what mindset you bring into the theater - as long as you keep in mind that this is no ordinary comedy, romance, drama, thriller, or anything that could be concretely assigned to one genre.

The Lobster proves to be something of excellence in its own right.

If you subscribe to the Tacoma News Tribune, I would encourage you to check out the film's 5-star review that was recently published in this weeks print edition.