Director Park Chan-Wook delivers in his latest filmThe Handmaiden, a transfixing crime drama that holds true to the filmmaker’s visionary take on bold and often brutal themes, while delivered with dark comedic undertones amidst unique and aesthetically enriching settings.

A myriad of interconnecting themes, ranging from seduction, deception, and the dangers of attempting to control both human nature and art are explored in this film. It presents a series of unnerving twists, powerful performances and beautiful scenery that entrances viewers into an illusory-like state through to the film’s final frame.

A VISIONARY TAKE ON THE IMPACTS OF OPPRESSED FREEDOM AND DESIRES 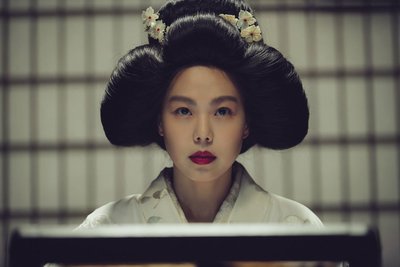 Set against the backdrop of 1930s pre-colonial Japan and Korea, a young Korean woman, Sook-Hee, travels to the secluded and grand estate of a Japanese woman – Lady Hideko, to serve as her new handmaiden. An especially gifted common thief, Sook-Hee secretly cohorts herself with a conman known as The Count, with the intent to strip Lady Hideko of her sanity as well as her large inheritance. Upon arriving at the estate it becomes evident that Lady Hideko and her overbearing Uncle possess an unnerving past, one that has prevented Lady Hideko from experiencing life outside of the estates heavily gated walls. Desperate for freedom, Lady Hideko revels in her newfound friendship with Sook-Hee, while also harboring several dark secrets of her own. As the two women’s friendship evolves into something more, the relationships of each of the film’s characters come to the surface in explosive and shocking ways. 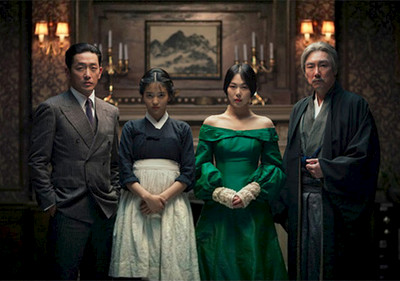 The Handmaiden unfolds in three distinct parts, narrated by three different perspectives. With the advancement of each chapter of the film, power shifts and each character's true nature provides for a truly mesmerizing viewing experience. The subtle and deliberate advancements of each character are nothing less than electric, due to the formidable performances put forth by each cast member. The juxtaposition of the setting of the isolated estate, surrounded by a richly vast and open landscape, works in perfect unison with the underlying themes of both Sook-Hee and Lady Hideko’s innate yearnings for freedom, despite being oppressed by those around them.

A Haunting and Imaginative Exploration

Park holds nothing back in this highly expressive film that digs deep into the lengths a person will go in order to achieve freedom, as well as to unleash long-suppressed desires. As authentic as it is imaginative, The Handmaiden is a haunting story that examines the consequences of controlling art and the human spirit. True passions are unveiled and no one is as they seem in this sensual new drama.

The Handmaiden is now playing in theater. Find showtimes online, and come see this film during it’s opening weekend if it appeals to you. Movies stay on screen as long as audiences are supporting them by turning out at screenings.