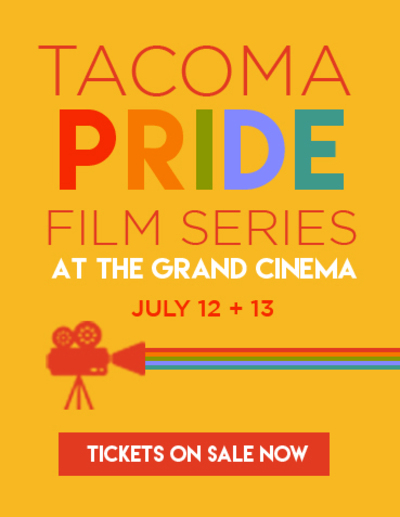 The Grand Cinema is a proud partner of Tacoma’s annual Pride festival, bringing the cinematic art of storytelling front and center. This year we are sharing LGBTQA stories of youth, creativity, and families - stories of discovery, identity, love, and expression.

Beyond the great content of our two featured Pride films, we invite you to get inspired and to connect with our community through two very special events.

Join us July 12 for a screening of the beautiful film VIVA starring Hector Medina, Jorge Perugorria, and Luis Alberto Garcia. VIVA screens at 1:45 and 6:45 P.M.

Stay after the evening screening for a performance by Mulan Rouge of the Imperial Sovereign Court of Tacoma Diamond Empire of the Cascades and discussion guided by Mulan and the Pierce County AIDS Foundation. Mulan Rouge is no stranger to activism, charity work, and community service. She holds the title of Miss Gay Washington 2013 - 2014 and Empress 36 of the Imperial Sovereign Court of Tacoma Diamond Empire of the Cascades.

Over the past ten years she has helped to raise over $100,000 for charities throughout the Puget Sound region and beyond benefiting the LGBTQ community and its allies; working with organizations such as the Sisters of Perpetual Indulgence - The Abbey of St. Joan, Lifelong AIDS Alliance, Pierce County AIDS Foundation, AIDS Housing Association of Tacoma, Carol Milgard Breast Center, and many more. 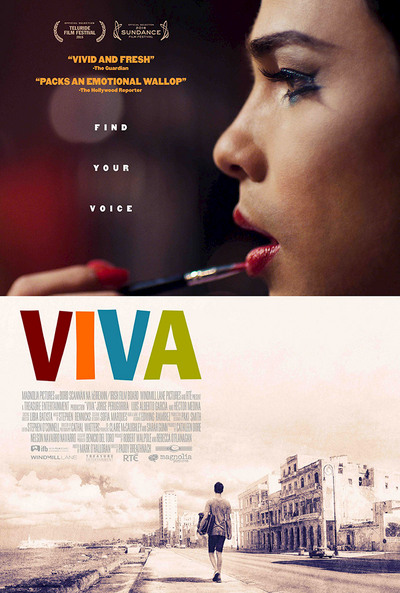 VIVA stars Hector Medina as Jesus, a young hairdresser working at a Havana nightclub that showcases drag performers, who dreams of being a performer himself.

Encouraged by his mentor, Mama (Luis Alberto Garcia), Jesus finally gets his chance to take the stage. But when his estranged father Angel (Jorge Perugorria) abruptly reenters his life, his world is quickly turned upside down.

As father and son clash over their opposing expectations of each other, VIVA becomes a family love story as the men struggle to understand one another and reconcile.

See all the details on our event page and RSVP on Facebook.

Join us for a screening of the captivating film FIRST GIRL I LOVED at 1:45 and 6:45 PM.

Following the evening screening, discuss the film and meet local filmmakers at our first ever LGBTQA Filmmaker Meet-up.

Filmmakers Elliat Graney-Saucke, Jason Ganwich, Danny Tayara, and Ricky German will lead our discussion as well as share information about opportunities, experiences, and challenges in our local film community. Kala Dralle, Development Specialist from the City of Tacoma, will answer questions on film resources and trends.

We're thrilled to offer opportunities to our local filmmakers to meet, connect, and find ways to collaborate, Please spread the word and join us for this wonderful film and meet-up.

Who’s on our panel

Kala Dralle is a Program Development Specialist with the City of Tacoma. Since 2006 she has been instrumental in the re-invigoration of the Neighborhood Business District Program, development of the City’s Special Events Program and she’s lucky enough to coordinate film permitting for the City, with some very interesting film and video producers. Kala’s varied background includes 14 years of marketing and design at Frank Russell Company, managing operations for a local real estate developer, as well as 5 years running her own independent shoe store in downtown Tacoma.

Danny Tayara is a filmmaker and animator in Seattle, WA. As Programming Coordinator at Three Dollar Bill Cinema, Danny manages screening committees for TWIST: Seattle Queer Film Festival, and Translations: Seattle Transgender Film Festival. Danny also manages Reel Queer Youth, a video production training program for LGBTQ youth and allies, where she began her career in film as a participant. She thanks Reel Grrls and Three Dollar Bill Cinema for providing support throughout the years.

Jason Ganwich is a photographer/videographer and teacher living in Tacoma, WA. He is known for bringing professionalism, experience, leadership, timing and humor to his projects. Shooting predominantly in the Seattle-Tacoma area, Jason specializes in portraiture and event photography.  In education, Jason has led the Tacoma Film Camps and now Film Clubs in partnership with The Grand Cinema since 2013, and guest teaches in the media production department at Bates Technical College. Jason has produced commercial campaigns, independent films, and is an Emmy-nominated executive producer of Seattle-based interview show, The High Bar.

Elliat Graney-Saucke is a media artist, event manager, cultural researcher, documentarian, network enthusiast, curator, heritage innovator, and storyteller. She is currently completing her second feature documentary film Boys on the Inside about 'boy' identity in women's prisons in Washington State, as well as in pre-production for a feature documentary she is creating with collaborator Celeste Chan titled Art Heart: Children of Riot Grrrl and Beyond. Elliat began filmmaking in her hometown, Olympia, WA at age 13 and is primarily self taught with a DIY aesthetic and cultural perspective. From 2009-2015 she was based in Berlin, Germany where she completed her first feature documentary "Travel Queeries" about the radical queer scene in Europe. Currently she produces her films through Contrast Vision Productions and is on the steering committees for SeaDoc, S.A.L.T., Next Generation National Arts Network and The Women's Working Group. Elliat teaches film with Reel Grrls, Coyote Central, Northwest Film Forum and Three Dollar Bill Cinema in Seattle, WA.

Ricky German has worked as a designer, tailor, and producer in the costume field for 10 years, now owning and operating Masque & Pettycote, a costume rental and production shop in downtown Olympia. After graduating from University of Puget Sound with a Bachelor’s in Theatre Arts, where he learned costume design and construction, he apprenticed with a bespoke tailor, learning fine sewing skills used in hand construction. His liberal arts education gave him an appreciation for social theatre which drew him to the world of fringe, burlesque, and the best social theatre of all: the world of fashion. Known for his keen design sense and ability to produce beautiful clothing combined with an uncanny sense of customer service allows his clients to achieve something beyond functional clothing: art. 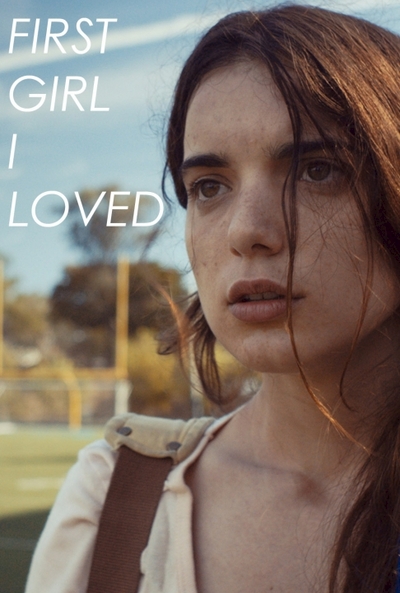 FIRST GIRL I LOVED is still making the film festival rounds so this is a rare opportunity to see a great movie before it gets distributed.

Starring breakout young actors Brianna Hildebrand, Dylan Gelula, and Mateo Arias, FIRST GIRL tells the story of seventeen-year-old Anne who just fell in love with Sasha, the most popular girl at her LA public high school. But when Anne tells her best friend Clifton - who has always harbored a secret crush - he does his best to get in the way.

See all the details on our event page and RSVP on Facebook.

Thank you for celebrating Pride with us and with our local filmmakers this year!
Grand Cinema Staff Filmmakers, Grand Events, Grand Partnerships, Only at The Grand, Post Film Discussions (0)Comments
Back to Blog