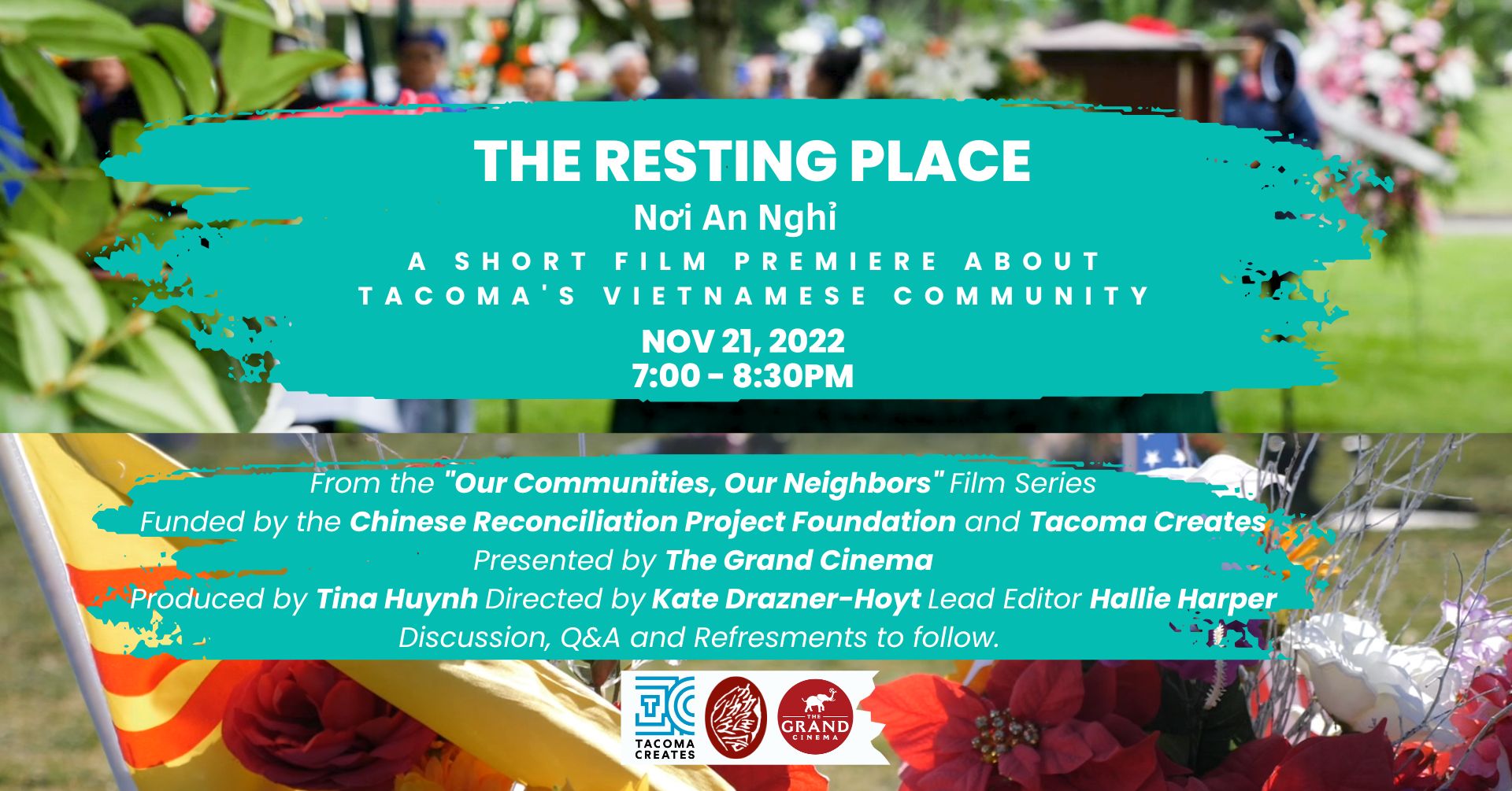 The Resting Place tells the story of how the Vietnamese community in Tacoma came together to establish a shared cemetery to honor members who have passed. This project began as an effort to provide services to those without the means for a proper burial. Through the establishment of the Vietnamese Community for Mutual Support of Pierce County, Washington, leaders in the community partnered with a local cemetery to honor the important passage from life to death.

The Resting Place is one installment in the Chinese Reconciliation Project Foundation's Our Communities, Our Neighbors film series. CRPF is working with cultural communities in Tacoma to create short films that tell stories about these communities, shaped through active participation by community members.

This project series is funded by the Chinese Reconciliation Project Foundation with additional funding from Tacoma Creates, a voter-approved initiative to increase access to arts, culture, heritage, and science experiences throughout Tacoma. The final videos for Our Communities, Our Neighbors will be free and available online as educational resources.


Professor Kate Hoyt is an assistant professor of communication at Pacific Lutheran University. She also directs the MediaLab program, a student-staffed media agency providing media products and services to the community. MediaLab also produces one to two long-form documentaries per year. Through MediaLab as well as her own creative and scholarly projects, Kate has won numerous awards and accolades and continues to produce research in critical media and technology studies.

Hallie Harper is a 2021 alumna from Pacific Lutheran University. Prior to graduation, she served as a General Manager for PLU's MediaLab and worked as a part of three documentary teams, along with completing other media projects with other student-run organizations. Through her documentary and media work, she has received awards and recognition including a Northwest College Emmy Award for short documentary Eyes Above.

Tina A. Huynh is an assistant professor of music education at the University of Puget Sound. She teaches undergraduate and graduate courses on music teacher preparation, music appreciation, and Music of the Vietnamese Diaspora. Tina's research interests involve community diversity and music making, particularly among Vietnamese communities across the United States. Her first documentary, Songs of Little Saigon, has won 14 awards and recognitions nationally and internationally.