Pre-sale tickets are currently sold out. A small number of tickets may be released the the public day-of, 15 minutes before the screening time. VIP passholders, visit The Grand Cinema box office to obtain a ticket at least 30 minutes prior to showtime.

A teenage girl and her father travel to a remote alien moon, aiming to strike it rich. They've secured a contract to harvest a large deposit of the elusive gems hidden in the depths of the moon's toxic forest. But there are others roving the wilderness and the job quickly devolves into a fight to survive. Forced to contend not only with the forest's other ruthless inhabitants, but with her own father's greed-addled judgment, the girl finds she must carve her own path to escape. 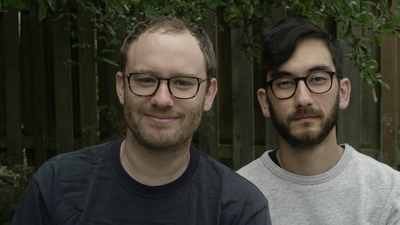 Celebrate Opening Night of the 13th annual Tacoma Film Festival with a feature film at The Grand Cinema and after party with appetizers, drinks, music, and a Q&A with directors Zeek Earl & Chris Caldwell. Earl and Caldwell are Seattle-based filmmakers and the short film
version of Prospect screened at The Grand as part of the 25 New Faces of Independent
Film in 2015. Celebrate Washington-made film with us and stay for the TFF open mic where festival filmmakers share information about their upcoming screenings. Catering provided by Pacific Grill Events & Catering.

Prospect is an excellent, slow-burning, languid study of people who end up at the wrong place at the wrong time, somewhere in outer space.

Whether or not you love Westerns, sci-fi, Pascal, or stories about angry girls finding their strength, you'll find Prospect is a gem.

Prospect is the kind of science fiction movie we need to see more often, told by filmmakers who don't allow the vastness of their vision to get beaten down by the scope they're able to work within.