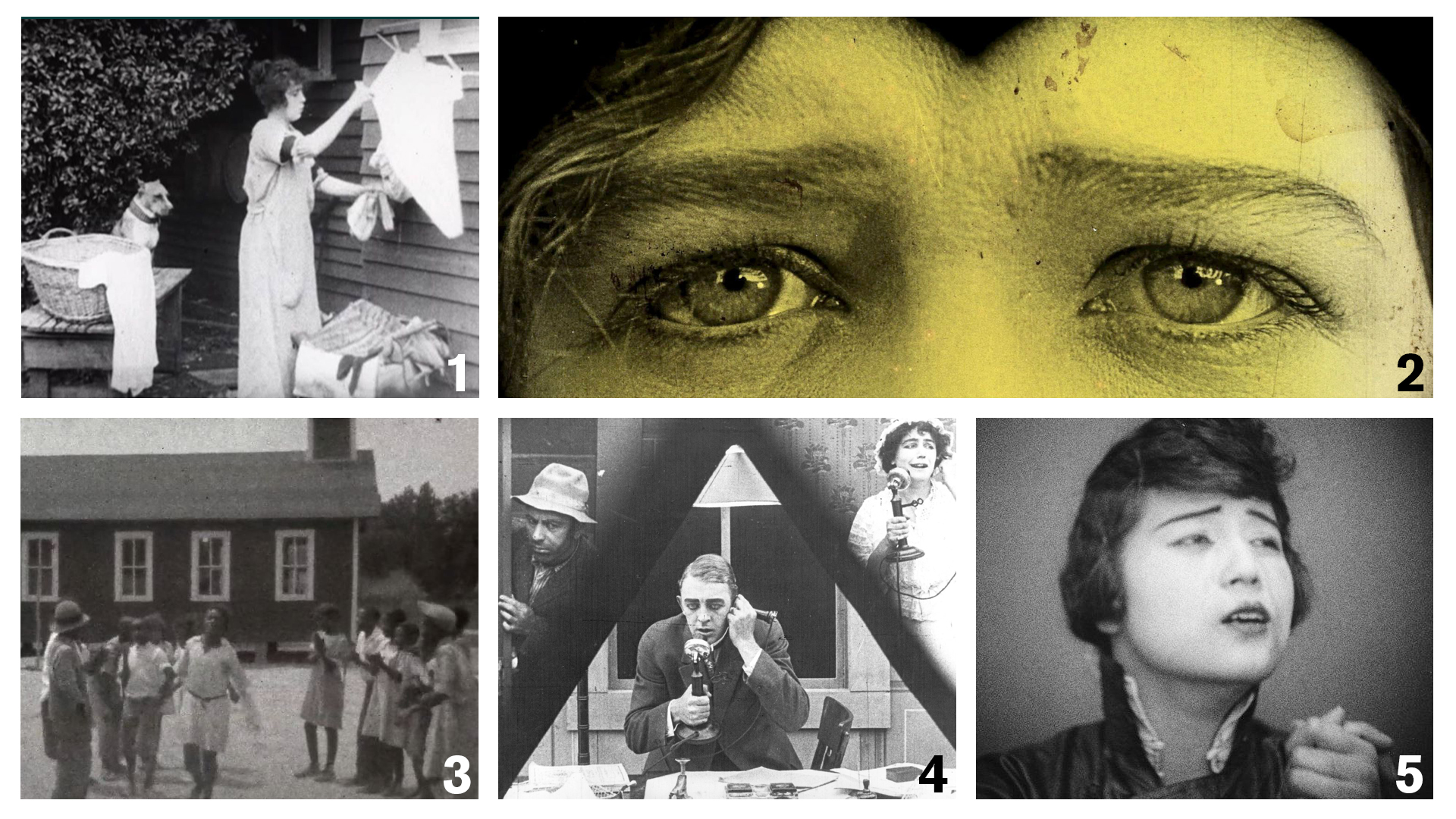 Before Hollywood hardened into an assembly-line behemoth and boys’ club, women worked regularly as writers, producers, and directors, instrumental in shaping the language of film as we know it. Bringing together new restorations, this program spotlights the daring, innovative, and trailblazing work of the first female filmmakers and restores their centrality to cinema’s creation.

1. Mabel and Fatty’s Wash Day
US | 13 MIN | 1916 | Mabel Normand
Mabel Normand, one of the great comedians of the silent era, stars with Fatty Arbuckle in this slapstick comedy.

2. Bread
US | 16 MIN | 1918 | Ida May Park
Ida May Park was a screenwriter and director in the silent era. She wrote for more than 50 films between 1914 and 1930, and directed 14 films between 1917 and 1920. Bread is a socially engaged drama which follows the fate of a woman struggling to pull herself out of poverty as she’s ruthlessly exploited by a string of men.

4. Suspense
US | 11 MIN | 1913 | Lois Weber, Phillips Smalley
The story of Suspense, a one-reel thriller, is a simple one - a tramp threatens a mother and child, while the father races home to their rescue - but the techniques used to tell it are complex. Weber and Smalley employ a dizzying array of formal devices, including the first ever use of split-screen.

5. The Curse of Quon Gwon: When the Far East Mingles with the West
35 MIN | 1916 | Marion E. Wong
Filmed in 1916 and long thought lost, these two surviving reels of the original 7 or 8 represent the earliest known Chinese American feature film and it is also one of the earliest films directed by a woman, Marion E. Wong.