Exceptional London cop Nicholas Angel is involuntarily transferred to a quaint English village and paired with a witless new partner. While on the beat, Nicholas suspects a sinister conspiracy is afoot with the residents. 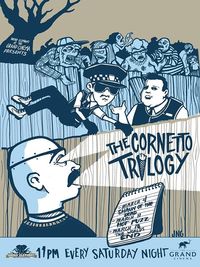 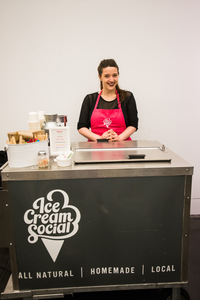 Join us in theater at 10:00 PM for a taste of Ice Cream Social's "Tacoma Cornetto" original flavor. We'll also have Guinness by the glass and art prints by Jeremy

Hot Fuzz is everything an action-comedy should be. It achieves through parody what most films in the genre can't accomplish straight.

It's a perfect spoof of the once popular action genre, that's highlighted by the chemistry of Pegg and Frost.