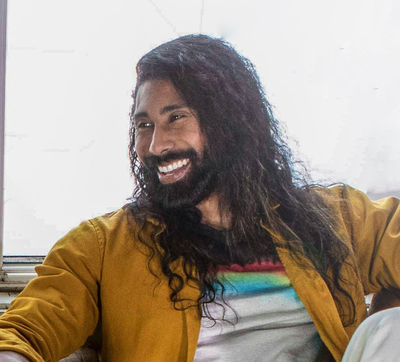 The afternoon of Saturday, December 11th, join us for a post-film discussion of the 2:20PM screening of the film Benedetta, directed by Paul Verhoven, a story of religion and forbidden love. Hosted by Bonne Dorrell.

A former volunteer, recent bartender and host for special events such the Film Awards Party and now the Post-Film Discussion Series for The Grand Cinema, Bonne declares this corner of Tacoma home since studying at the adjacent University of Washington campus. After graduating from The United Stuntmen's Association International Stunt School, he's gone on to explore the gamut of the performing arts and is now establishing himself as a commercial, film and stage actor for the Pacific Northwest. As fulfilling as a production can be, rejoining the audience and nurturing a unique camaraderie once the credits roll is Bonne's favorite part of storytelling.
© 2023 . All rights reserved. Site Designed by SiteCrafting.