Join us on May 17th for a special screening of the Ukranian film Donbass, with a pre-film presentation given by Sofiia Syzonenko. Presentation will begin at 7:00PM and film will be screened after. 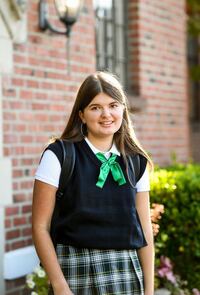 More about Sofiia:
Sofiia Syzonenko is a junior at Annie Wright Upper School. She is originally from the small town of Drohobych in western Ukraine. She left Ukraine in August 2021 and moved to the United States to pursue a world-class education in order to return and rebuild her country in a few years. When the war began, her mother and two younger sisters were forced to flee to the EU, but hrt father and the rest of her family remained in Ukraine. Join her at The Grand Cinema for a special screening of Ukrainian movie “Donbass” and learn more about what is going on in Ukraine and how you can help in these difficult times.