Menu
September 19, 2016 Meet the next wave of inspiring filmmaking talent at TFF

Some of the next big thinkers and innovators in film are coming to Tacoma this October 6 through 13 to watch and discuss their films with you.

I’m stoked to meet these creatives and watch their work at the Tacoma Film Festival; I’ve been poring over all my opportunities on our newly release program here. I hope you’re excited too - if I’ve piqued your curiosity, read on for all the details.

Sharing about the Tacoma Film Festival in the community, I often find myself explaining who the 25 New Faces of Independent Film are and why this program at TFF is something not to miss.

This year marks the 18th edition of Filmmaker Magazine’s annual survey of emerging talent in the independent film world with their list of 25 New Faces of Independent Film. In recent years, the list has predicted many of the big indie stars, but editors intend their 25 New Faces list to be more of a “geological survey, a dig into the new impulses, ideas and forces that will bring both new stories and new forms of storytelling to the surface in the years ahead."

Each year, we work with Filmmaker Magazine, reach out to all of the 25, and host as many of them as we can at the Tacoma Film Festival. TFF is the only place where this lauded group is brought together at one time - they meet each other, they meet us, they connect with Tacoma, and they present their work within the film festival. 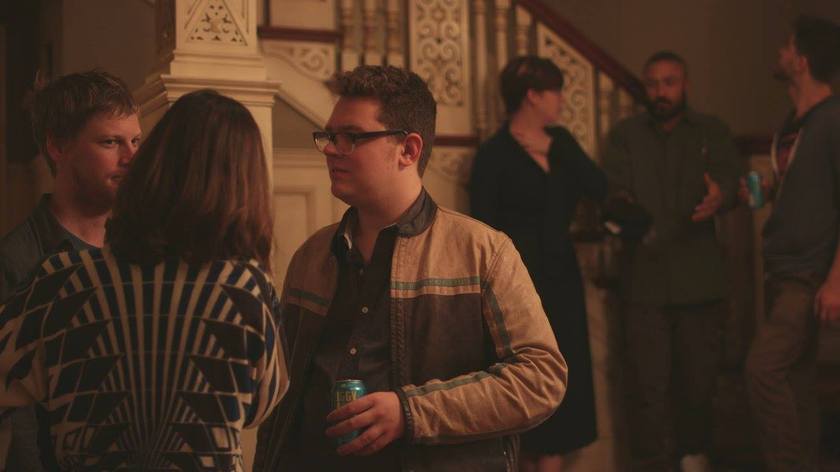 It sounds cool, but personally, it was only after meeting and talking to these folks last year that I fully realized how special this film program is. Here are just a few of the reasons I can’t wait for the Tacoma Film Festival and to meet all the visiting filmmakers:

See film art like you’ve never seen it before

The 25 New Faces of Independent Film are identified for excellence and innovation in not just the stories they tell, but in how they communicate. 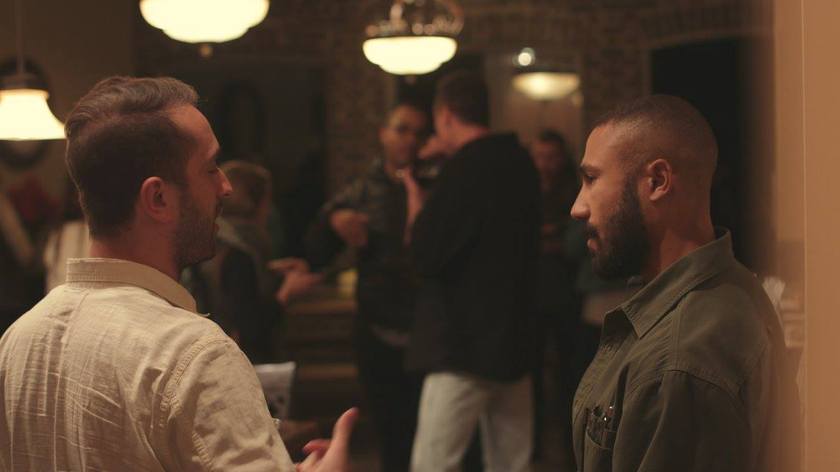 Last year I saw a documentary piece by Khalik Allah (pictured above on the right) that blew my mind, exposing the beauty, despair, hope, and humanity on a block in Brooklyn. The director shot his film with a wide angle lens and authorial narrative. He simply allowed his subjects to tell their stories on their own terms, and in so doing, he captured the essence of people living on these streets in a way that would have been inaccessible to me as a passerby.

Rub shoulders with filmmakers who are happy to talk with you.

At big film festivals, veteran actors and directors often aren’t accessible to share a beer with you or do more than pose for a photo, but at the Tacoma Film Festival, next wave filmmakers are friendly and easy to meet. Often, they’ll share candidly about their work and creative process at post-film talks in our intimate theater spaces and at festival events and parties. 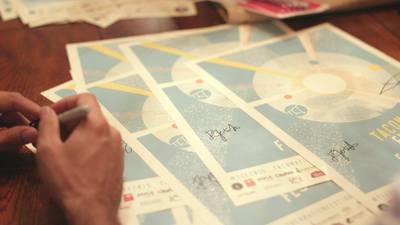 It’s inspiring and a little crazy to think that the people who create these works are relatable and also potentially situated for greatness. Last year I enjoyed a multitude of enlightening conversations with filmmakers at TFF. Most striking, I remember talking with Reinaldo Marcus Green about access in filmmaking and the reality that without funding backers, filmmaking is pretty much a “rich kids sport.” Green shared how going to film school helped him gain the tools to produce his film Stop (a TFF 2015 feature) for less than $800 (you wouldn’t guess). 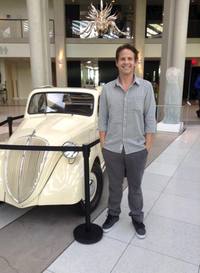 I also talked with Taylor Williams (pictured on the left at the Hotel Murano), the producer of our closing night film, LAMB. Taylor was warm hearted and chatted with me about the balance of telling a story about a deplorable character while crafting a compelling narrative that gives voice to human experience.

See the best new indie films before everyone else

Our Secret Screenings are truly not to be missed. We can’t talk about these films because they’re slated to debut at the world’s biggest film festivals and they need to retain that premiere status for festivals such as Sundance and Tribeca.

Under a veil of secrecy and hushed lips, we present these films for your enjoyment. You may see the next mind-blowing documentary or thrilling indie drama before even Robert Redford, and we really can’t ever talk about it. The experience of walking into a theater with no idea what to expect is pretty thrilling. I highly suggest pre-purchasing tickets for these limited availability screenings.

Create a memory connected to the industry

TFF gives you an opportunity to have authentic, creative, human exchanges with artists who will go on to make profound impacts on the future of film and media. It’s been fun and fulfilling to begin to feel more connected with the people on the creative end of the film industry. 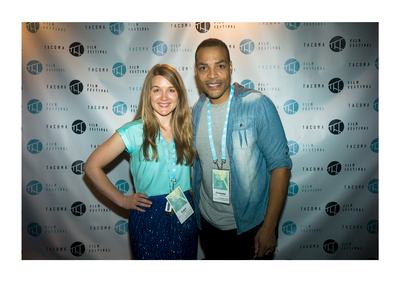 Because of TFF, I recognized a prior 25 New Faces actress (Julia Garner) as the lead of a drama we played this past year (Grandma); we proudly presented the new animated Disney adaption of Pete’s Dragon to showcase the work of 25 New Faces alum, David Lowery who visited us here in Tacoma in 2011; and we are excited to see Reinaldo Marcus Green (pictured to the right) working on a new feature starring actor Terrence Howard. We keep our thumb on the news pulse around these creatives so we can follow their trajectory.

Did you know that TFF is the only place in the nation – and world – where you can meet the current slate of 25 New Faces in one place? How cool is that? My colleague Katy shared that she ran into people at Sundance who were talking about the Tacoma Film Festival and thought it was remarkable that we provide this experience for our festival goers and for filmmakers.

This year’s list of honorees is as diverse and interesting as ever; one hails from a famous rock band and one was discovered by her director while partying on spring break in Florida. Others are creating works that share the perspective of underrepresented stories that are exciting to see brought to the big screen.

As amazing as the 25 New Faces are, all the featured filmmakers at the Tacoma Film Festival are incredible, creative innovators and you can meet many of them as well. Typically, TFF hosts more than 50 up-and-coming filmmakers from around the world. 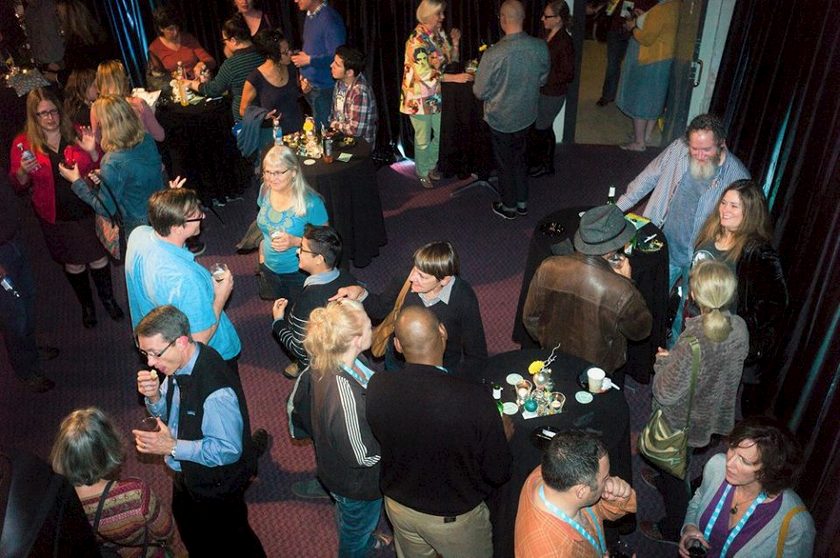 Support it, enjoy it!

We program the Tacoma Film Festival for you and for love of arts in the city, not just because we need more projects. So please, share some Tacoma love and come check out the festival.

Shareable Savings for Friends & Family: TFF punch cards offer you a $25 savings on 10 admissions that can be shared by friends and family at any regular screening.

Single Movies: Individual tickets are also on sale (priced the same as regular admission at The Grand). Navigate to the film page you want to attend and click on its showtime to purchase tickets, or visit us at The Grand’s box office to secure your ticket for any film or TFF event.

Unlimited Access: VIP passes provide the ultimate experience with a goody bag, T-shirt, access to unlimited films, and a ticket to each of the Opening and Closing Night festivities. VIP pass holders also enjoy access to the festival lounge which offers rest, refreshment and free food and drinks throughout the festival.