Back in January of 2016, I had the singular pleasure of viewing a film truly unlike anything I have ever seen before: Swiss Army Man. 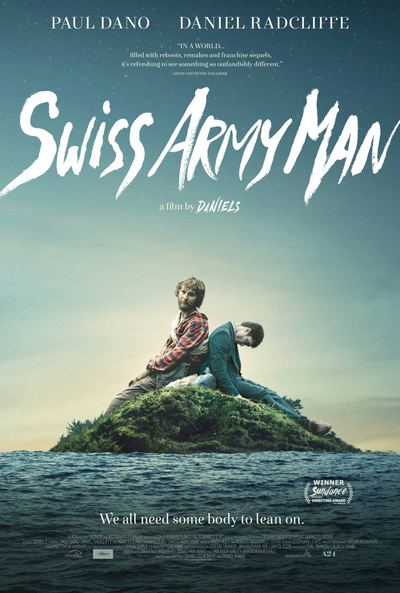 This vision was brought to life - in some ways literally - by director duo the Daniels (Daniel Kwan and Daniel Scheinert). For some, The Daniels may be an acquired taste, which explains the response to Swiss Army Man's now rather infamous Sundance premiere.

Unlike perhaps some members of the film's initial audience, I am not so easily offended. I have loved The Daniels since I was first introduced to their video Turn Down For What, which is undeniable in its gonzo visionary awesomeness and body gags.

I didn't make it to the premiere and instead got to experience Swiss Army Man with the rapt Sundance late night crowd, where the film experienced nary a walk out and was received with delighted giggles, guffaws, and prolonged applause.

The heart in the controversy

Visceral, magical, broad, compassionate, corporeal, the Daniels' work finds inspiration in mortality and human bodies in their every form and function: as expression, as vessel, as something to stick on and in another body.

I love this – life and our means of living – as a primary artistic preoccupation; bodies and their ways as a source of endless curiosity and exploration. In this rich subject, the Daniels have found a way to really surprise us, and to explore bodies and their mortality in fascinating, absurd, inspiring, and risible ways.

Swiss Army Man, The Daniels’ first full length feature film, is guided by a deceptively simple concept. A man (Hank, played by Paul Dano), stranded and lost, finds a tool that helps him survive, find his way, and thrive. The tweak is that the tool is a magic corpse named Manny: a “swiss army man” played by Daniel Radcliffe.

Here are just a few of the handy things Manny the corpse can do: he can propel himself through water like a jetski through his own powerful flatulence. He can dispense clean water from his mouth, and – perhaps the talent that caused the most controversy – his erect penis can point direction like a compass.

For those of us familiar with The Daniels, or for those of us who can laugh at and enjoy the more outrageous aspects of human physicality, this detail does not disgust but amuses. (I am sure this will not be the case for everyone who sees Swiss Army Man.)

The story of Manny and Hank gets deeper and more intimate as Manny slowly comes back to life and begins to relearn how the world works thanks to Hank’s help.

As Hank and Manny get closer to the real world and it seems their journey may conclude, they begin to question their place in everyday existence. Can they, these two men who started out as mere mortals and through their friendship have become something more, something magical, and something a little monstrous, actually find a way to fit in again? 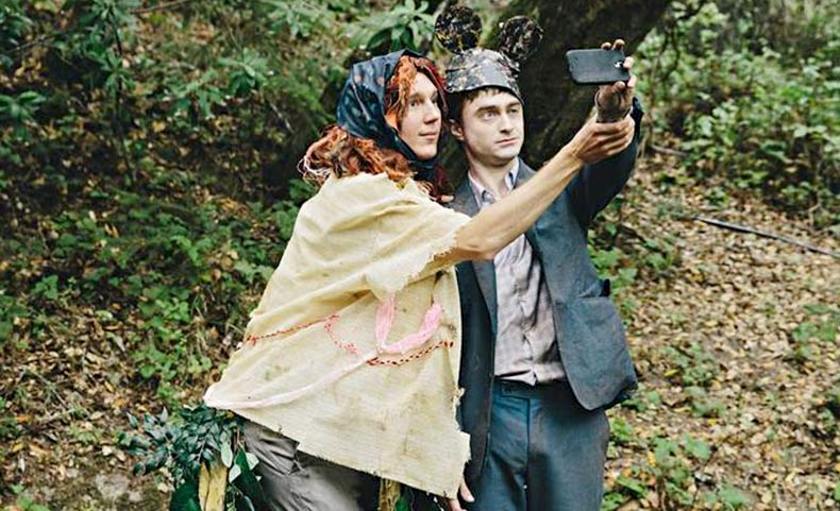 A must-see for me and maybe for you TOO

This bizarre, adorable, thoughtful, and inspiring movie is also a bawdy and often gross fairy tale. I love this about Swiss Army Man but I know not all of us will agree that boner and fart jokes are the best way to express love and adventure. (Though it will definitely make for some inspired debates!)

If you think you can handle it, definitely see this film. Swiss Army Man is magical, crazy, hilarious buddy film from two visionaries unafraid of a endowing a prolonged fart joke with some real depth. We should all be so lucky to find our own swiss army man.

Reprinted with updates and edits from ROBOT'S PAJAMAS.