Since last week, I have been exploring the world of art houses and indie film through the incredible Arthouse Convergence conference and the Sundance Film Festival.

This has been intense, to say the least. First, it was a deeply inspiring delight to hang out with all my new peers in the art house industry. I have never been more excited and curious about a group of professionals than I was at Art House Convergence.

Here's what I've learned:
1. People who love independent film are all amazing.
2. More and more people are curious and invested in opening arthouses. At one seminar, they asked who was starting an arthouse and more than thirty people raised their hands.
3. We, the "exhibitors" need to work more and more regularly with distributors and filmmakers. Together, we can really share how vibrant, transgressive, and compassionate film truly is. When we work together and communicate, we can make really exciting things happen.

So from this very eye-opening and enthusiastic conference, I headed into arguably the world's biggest and most important film festival: Sundance. 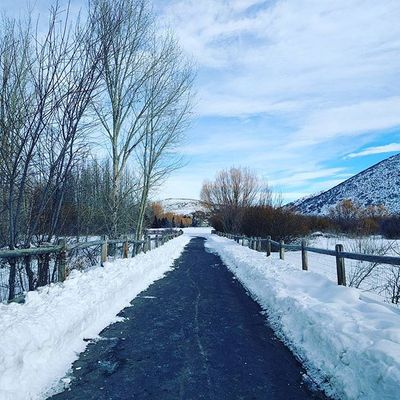 I will admit to you that I was a little afraid of Sundance. It seems intimidating: it requires so much attention to detail, scheduling, transportation, and then considering what or when or if you will interact at all with Hollywood. This just seems like a lot for me - a homegrown Tacoma fundraiser who just really likes art and film.

Turns out, especially if you concentrate on screenings and less on star-stalking, you just get to experience powerful and intriguing and curious art, and think about how any of that may fit in with our programming.

And it is also an opportunity to jump into a pool of inspiring professional creatives, the depth and breadth of which I have never before experienced. You really just turn around in a line or at a restaurant and start a conversation with someone amazing doing badass stuff.

I have a second-half festival pass so that means up until now, I've just been trying to see anything I can via waitlist. Here are my standouts with still about half a festival to go:

Let's just get the elephant out of the room right now: I love Swiss Army Man. You can read my full response shortly over at Robot�s Pajamas, but simply stated, it is a bawdy, crazy, compassionate fairytale about loss, love, and intimacy, complete with a lot of magical flatulence and prehensile penis-compass action. Yes. Those are the things in this movie and it's great.

I have seen 15 so far and here are my favorites:
Yuyu
Maman(s)
Mobilize
Tampoon (from Slamdance)
Manoman
The Procedure
The Shining Star of Losers Everywhere

I hope to work with our Film Festival Director and consider a chunk of these for our film festival so keep an eye out!

I appreciated all of these films and I have my fingers crossed that some of them will make it into our theaters in a variety of ways; my current top of the list is the beautiful drama Viva. 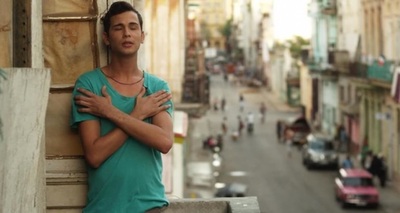 A story of family and personal expression, Viva's main protagonist is Jesus (who also goes by Viva), a Cuban hairdresser who begins exploring the world of drag.

His life is interrupted with the return of his father, unexpectedly released early from a prison sentence. The film revolves around Jesus and his father Angel, trying to find ways to connect and heal through years of family trauma. It is a powerful, charismatic, thoughtful, gorgeous, and heartwarming film. Just keeps sticking with me and I can't wait to share it with Tacoma (at some point, maybe in many months)!

Alright - that's where I'm at for this halfway point. I know things are going to get even busier so look for a second update.
About The Grand (0)Comments
Back to Blog