At the annual 253 Short Film Party a few weeks ago, we were the first to see the eclectic array of films produced by established and first time local filmmakers. #253Seconds is our annual celebration of creativity and Tacoma-centric, truly indie films.

Of the 31 registered teams, 29 teams completed and submitted films by the deadline. We screened these amazing short films at the premiere party on Friday May 5, 2016. 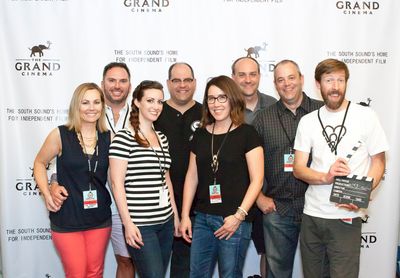 Many of those participating filmmakers joined us at the party, proudly wearing their filmmaker badges, and some of the actors made appearances in character. Check out our photo album on Facebook to see if you can spot the likes of "Charles Beardly" and the neon fringed "Talking Heads" captured by our photographers.

It was a true delight to see teams deploy all the required elements in myriad ways:

We saw a man allergic to love, a pneumatic "bubble girl" emerge from under her cloud of perceived allergies, a jilted (feline allergic) lover housing his ex-girlfriend's cat to bait her into a revenge plot, and seasonal allergies strike during an Uber ride. 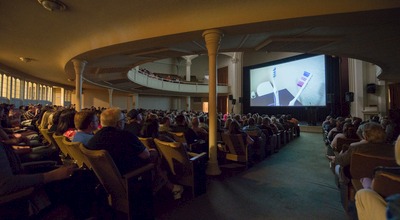 This year's prop (a toothbrush) took center stage in some films, like in A Brush With Love where two personified toothbrushes rendezvoused on a bathroom countertop, as an obsessive/compulsive habit involving much teeth-brushing in public restrooms, as a romantic interest, and as a prop infused with powers to defeat villains in a Twin Peaks-inspired short produced by Finley Mimbles.

The line, "That's All She Wrote," appeared in many forms including (somewhat predictably) ruminations on break up letters, a karaoke interlude, and cleverly, as two separate thoughts: "That's all. She wrote."
A quick search across social media of #253seconds gives you a glimpse into our filmmakers' process with behind the scenes images and videos of our teams racing the clock to write, shoot, and edit a short film within the span of 72 Hours.

And the Winning Films� 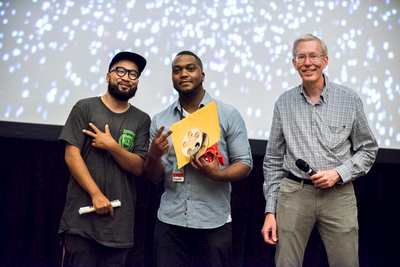 Jury Choice
Our panel of jurists usually comes to a clear consensus on their pick of best-made film to receive the jury award, but this year's animated film from Nick Butler, The King's Cake, and veteran filmmaker Adam Utley's The Rehearsal (moins coude) tied for the Jury Choice Award, each receiving custom-made awards thanks to the genius folks at FabLab 3-D printing. See these filmmakers receiving a shared honor here.

Our jury of film aficionados determined the other award categories:

Best Use of the line, "Dusty Rivers -That's All She Wrote" (Ryan Loiselle)
Best Use of a local business: Food for Thought (Brian Robinson & Silong Chunn)
Best Use of an allergy: No Delivery (Peter Johnson)

Click the film links above to see photos of each award recipient. 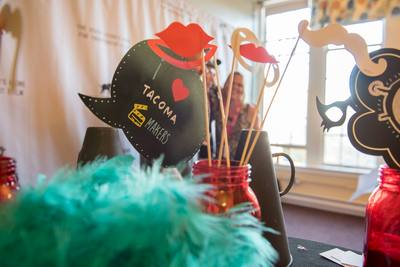 We enjoyed tasty, locally made pizza and treats thanks to our friends at Sammy's Pizza, Katy Downs, Hello, Cupcake and Europa Bistro, and attendees helped pick this year's winning film in the Audience Choice Voting. We also gave away lots of toothbrushes.

For the first time this year, we interviewed the filmmakers on-camera and they shared stories about what it was like to participate in the challenge, advice for next year's aspiring participants, and updated us on other projects they have in the works. Visit our Youtube page to see the finished product of these interviews.

This was only my second time at the event and I'm already looking forward to next year's competition and party and how we can make these events even bigger and better for everyone.

We heard feedback from some of you - and we agreed - that the sound quality was not what it should be. Our team has gotten to the bottom of the sound issues from this year, and we're working on solutions to address these challenge so that next year's films look and sound as excellent as the possible.

In 2017, expect another line up of about 30 original short films crafted by our area's best and emerging filmmakers, plus chances to meet these creatives, network, win cool stuff and have an excellent time! 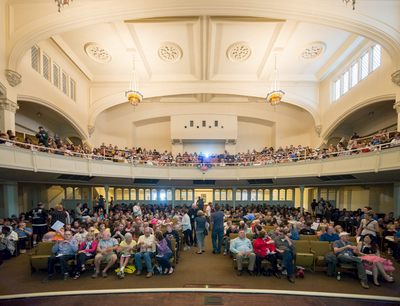 The next 253 Short Film Competition will kick off again in late April 2017.

If you want to be added to the list of prospective teams to be the first to hear about the challenge, send us an email at thegrandcinema@gmail.com and we will keep you in the loop. Registration spaces sold out several weeks in advance of the competition this year (as did the limited waiting list). We encourage serious competitors to sign up as soon as the opportunities open in March 2017. Learn more about how the competition works here.

Want to Watch the Films Again?

Search Comcast On Demand for a chance to watch or re-watch all this year's films soon. Or if you're like me and partial to keepsakes, you can purchase a DVD containing all of this year's 253-second films at our box office.

Thank you for supporting The Grand and helping us serve Tacoma as a hub of creativity and cultural vitality each time you attend one of our films or events.

Grand Events, Only at The Grand (0)Comments
Back to Blog