One of the ‘duties’ of my job as Executive Director is to make an annual pilgrimage to the Sundance Film Festival each January. During the ten days there I usually get to around 40 films, scouting films that The Grand may play over the next year. 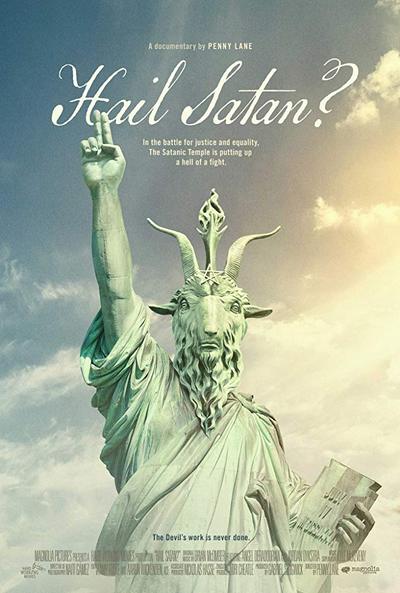 My favorite film this year was MAIDEN, a crowd pleasing documentary we just booked to open on July 5. In this year’s pool of films I consider my top 5 is the upcoming (opening May 3) documentary “HAIL SATAN?”

Its provocative title is bringing a lot of attention (which I guess is the point), and a few Grand patrons have posed quizzical comments about it. Those comments give me a good excuse to write a little.

When I first heard about HAIL SATAN? I was curious, though I admit I wasn’t too interested in seeing a film if it was going to be about Satan worshipers; mostly I was curious because director Penny Lane had visited The Grand several years back to present her excellent documentary OUR NIXON. Lane creates consistently entertaining films, and does so with a great sense of humor.

Another aspect that inspired curiosity is the title: that question mark is critical. Is Satan what it this film is really about? Nope, it is about far more than that.

I don’t want to spoil it, but HAIL SATAN? drills down on the topic of the separation of church and state, and sets an amazing set of modern day tenets for this ‘religion’ that left me agreeing and wondering “by this definition, could I qualify as a Satanist”? I think by the end of the film most Grand patrons will be wondering the same. 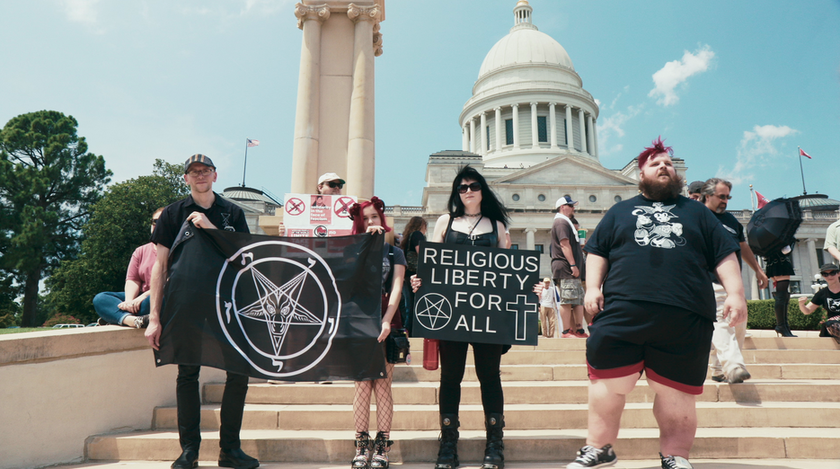 Critic Roger Moore said in his review that HAIL SATAN? is “laugh out loud funny, but it’s also the one cinematic civics lesson you’ll need to see this year.”

All of this is my way of saying that this film will make you laugh and is very much worth watching for myriad reasons.

Let the provocative title draw your attention, then come see for yourself what a thought-provoking film can be. You won’t likely be disappointed!

Philip Cowan Film Review, Only at The Grand (4)Comments
Back to Blog

Hello everyone I am Mr Charles Adamson from USA, I am giving a testimony on how I joined the illuminati brotherhood, I was trying to join this organization for so many years now,I was scammed by fake agent in south Africa and Nigeria, I was down,I could not feed my self and my family anymore and I tried to make money by all miss but all avail, I was afraid to contact any Illuminati agent because they have eat my money. One day I across a post of someone giving a testimony, thanking a man called Justin Scott of being helping him to join the illuminati brotherhood, then I look at the man email and the phone number that was written there, it was a Nigeria number I was afraid to contact him because a Nigeria agent eat my $5,000 and go away with the money then I was very tired, confused and I decided to contact the person that was given the testimony and i called him and I communicated with him on phone calls before he started telling me his own story about when he wanted to join, he told me everything to do, then I made up my mind and called the agent called Justin Scott and he told me everything to do, and I was initiated, surprisingly I was given my benefit of being a new member of the great illuminati brotherhood I was so happy,For those of you trying to join this organization this is your opportunity for you to join CONTACT MR Justin Scott call (+2347031524375 or WhatsApp him +2347031524375 or email: illuminatiworldofsociety1@gmail.com

Don't fail to see the light today brother's and sister's. join Illuminati lodge today to gain limitless wealthÂ´s and powerÂ´s. If you're interested to join the great Illuminati lodge headquarters at USA today. Kindly inbox the great grand master on whats-app mobile now +233235887825. Warning you must be above 18 years of age.

GREETINGS FROM THE GREAT GRAND MASTER!!! IN REGARDS OF YOU BECOMING A MEMBER OF THE GREAT ILLUMINATI, WE WELCOME YOU. Be part of something profitable and special (WELCOME YOU TO THE WORLD OF THE ILLUMINATI). Are you a POLITICIAN, PILOT, LECTURER, LAWYER, BUSINESS MAN OR WOMAN, BANKER, FOOTBALLER, MUSICIAN, ENGINEER, DOCTOR, ENTERTAINER, MODEL, GRADUATE/ STUDENT, OR YOU HAVE IT IN MIND TO EXPAND YOUR BUSINESS TO BECOME GREAT MINDS. AND ALSO NEED POWER. This is the opportunity, it is pertinent to also know that For becoming a member, and earn the sum of $100,000,000 as the illuminati membership salary monthly. Come on be a part of these GOLDEN

I believe that the beginning of enlightenment is when you are determined to go beyond where others will be afraid to go, and this makes me to believe that every light is light but remember that when you place your own light under the table and cover it, it is no more light because it shows nothing and indicates no way but rather becomes darkness, and indeed we are so fortunate to embrace the real light of The Illuminati organisation that it's Indications and teachings has brought the advancement of the humanity and their well being and as well working tirelessly to get the planet earth out of darkness, I am happy, on WhatsApp now +393511390592 be happy if you are involved, and may your own light boom so that many will see through the light you possess, many thanks to The Illuminati organisation for this great message, while my loyalty remains untouchable Email The agent Johnsonilluminatirich@gmail.com or  on whatsap +393511390592