I love a good foreign film, but based on the trailer and synopsis alone, I wasn't initially excited to see the new Colombian-made drama, Embrace of the Serpent.

The story line looked a bit dry and I worried it was going to be just another movie exotifying people of color.

exotify: to make something exotic, especially for the purpose of making commercial profit from in a way that sensationalizes difference or panders to stereotypes about people of color.

However, previewing new releases is one of the perks of my job, and Embrace of the Serpent completely surpassed my expectations, leaving me buzzing with a host of thoughts, connections, and inspiration to continue making small but positive life changes. 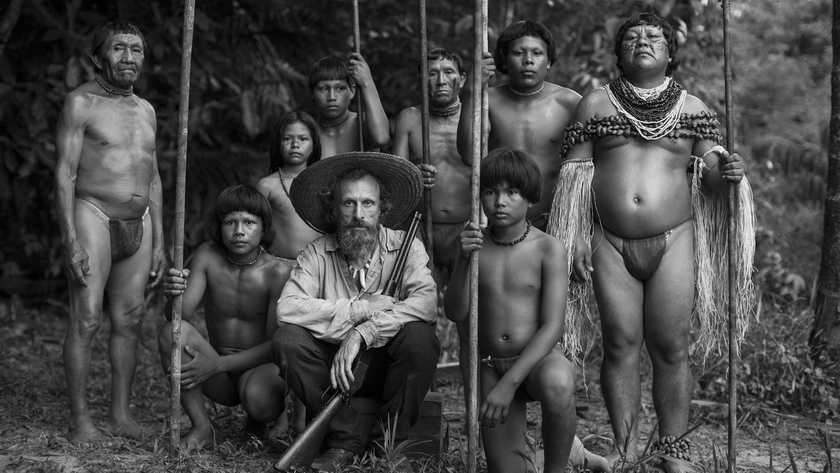 A Visceral vision of the lost Amazon

Filmed in several South American countries featuring Portuguese, Spanish, German, Catalan, and Latin dialogue, and based on the travel journals of Theodor Koch-Grünberg and Richard Evans Schultes, Embrace of the Serpent tells of shaman Karamakate's parallel journeys, one when he was young and the second when he is old: each time he guides a different white explorer through the Amazon in search of the sacred Yakruna plant.

Throughout and in total, the Colombian director Ciro Guerra's film is a modern parable with characters representing different value systems and subsequent ways of being. The archetypes of loyal friend, guide, and fool each surface in turn, allowing audiences to interpret who holds wisdom in each interaction. 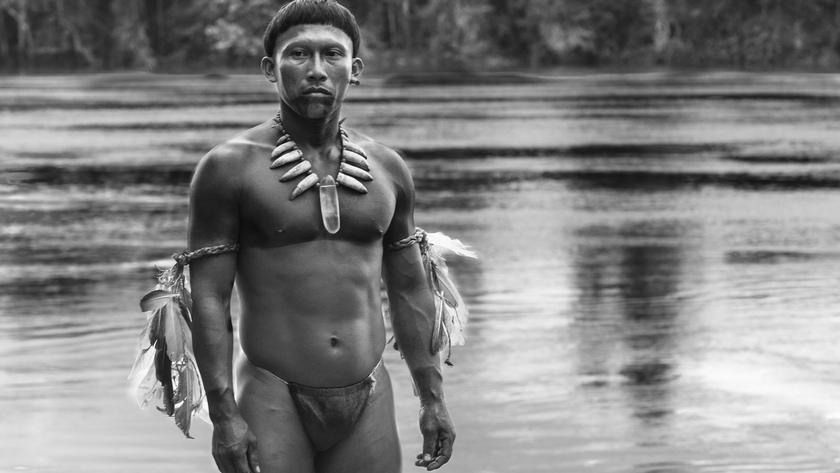 Providing visual imagination of what colonialism in the Amazon looked like for the land and its peoples suffering the devastating invasion of rubber barons and mission plantations, this film goes far beyond using Karamakate as an exotic character for audiences to gaze upon.

For those willing to see past the visuals and into the message of the film, Karamakate becomes a spiritual guide beckoning us to connect more deeply with our natural environment, to lose our attachment to things, and to seek unity in the present moment.

In all honesty, my experience with Embrace of the Serpent felt more spiritual than church. I came away with a call to a higher way of being - a critique of my Western European heritage of colonialism, and an invitation to embody a deeper respect and regard for the natural world and my impact on it.

Deep thoughts of meaning and parables put aside, this piece truly is an art film - guiding viewers through pristine jungle scenes in gorgeous 35mm black and white, crafting a mesmerizing adventure story told through flashbacks and flash-forwards, and all overlaid with the simple but melodic sounds of the jungle for the majority of its soundtrack. 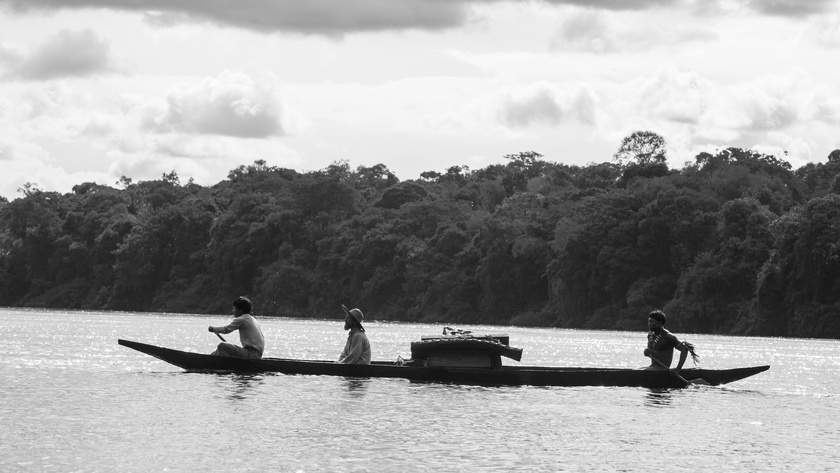 There were so many amazing quotes and vignettes from Embrace of the Serpent that I could share, but I don't want to give away any spoilers. I highly recommend this movie if you are an outdoor enthusiast, someone on a path of environmental conservation, or just in the mood for a beautiful film that will invite you to think deeply.

Embrace of the Serpent plays daily at The Grand Cinema. It is scheduled to screen through the end of March but no promises after March 31 so make sure to come see it as soon as you can.