At its core, the Academy Awards ceremony is a celebration of the art of film—an art form that is powerful and transformative, one that provokes and expands. At a time when homophobic sentiments will Tweet you out of your Oscars hosting gig, we know the world is keeping a close eye on Hollywood. 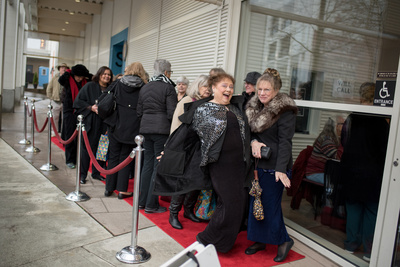 The 91st Academy Awards ceremony is twenty-three days away and still without a host, but the show will go on! The Grand Cinema hosts its annual viewing party of the ceremony at the Theater on the Square Sunday, February 24th. Doors open at 4:00 PM, Oscars coverage begins at 5:00 PM.

For the 91st Oscars, The Favourite and Roma lead the way, scoring 10 nominations each. Both films were nominated for Best Picture, along with Black Panther, BlacKkKlansman, Bohemian Rhapsody, A Star Is Born, Vice, and Green Book. By the time of the awards ceremony, The Grand will have screened films from every category.

Upcoming screenings at The Grand to note: Hale County This Morning, This Evening, nominated for Best Documentary Feature screens on Tuesday, February 12; all three Oscar Nominated Shorts categories (Live Action, Animation, Documentary) will play in February before the Oscars; and If Beale Street Could Talk (nominated for Best Adapted Screenplay, Best Original Score, and Best Supporting Actress [Regina King]) will open in February. 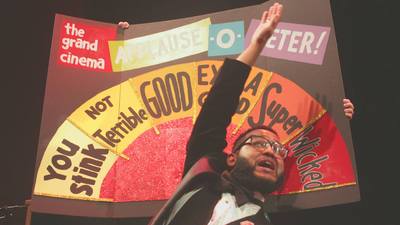 Party attendees are encouraged to study up on Oscars predictions for a chance to win free movies for a year. Guests at this year’s party will be greeted by paparazzi on the red carpet, are invited to participate and vote in the Best Movie Costume contest, and support The Grand’s
programs and operations through a silent auction and raffle. Make sure to enjoy the door prizes and locally made pizza, sandwiches, and side dishes available for purchase. The Grand partners with the X Group to offer artisanal hot dogs, as well as en Rama who will be on-site to craft delicious, signature cocktails. See photos from last year and a sizzle reel of the party.

VIP guests enjoy full event access and may come and go as they please between the General Admission and the private seating area in the Theater on the Square’s Studio II. VIP tickets include appetizers, catered dinner by Pacific Grill, and two complimentary drink tickets. 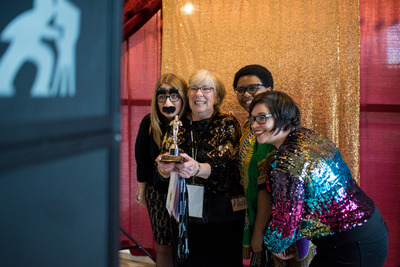 VIP tickets cost $100. General Admission tickets are $35 and include event entry. Discounts are available for Grand Members. This event sells out each year, and those who want to attend are encouraged to reserve tickets early. VIP tickets are limited and tend to sell weeks in advance of the general admission section.

Although we’ll be watching the Oscars on the big screen, this event is not sponsored by or affiliated with The Academy of Motion Picture Arts and Sciences.

Tickets to The Grand Cinema’s Film Awards Party are on sale now and are available at The Grand’s Box Office (606 S Fawcett Ave, Tacoma 98402), online at www.grandcinema.com, or by calling 253-593-4474.
Grand Cinema Staff Grand Events (0)Comments
Back to Blog