I can pinpoint the exact moment when I was first delighted by the Monty Pythons' brand of chaotic satire.

I was ten years old, at a relative's house, and bored as only a young kid with no one to play with can be. While the adults droned on in a toyless house, I searched the few TV channels they had for anything, ANYTHING to entertain. I was burned out on The Brady Bunch and only watched Leave it to Beaver for the Eddie Haskell bits. Krofft shows like The Bugaloos and H.R. Pufnstuf made me feel a little funny. I needed some new kind of distraction.

Shortly, the dial landed on an adventurer in the desert with his entourage. Intrigued, my thumb and forefinger resisted turning the dial for a moment. 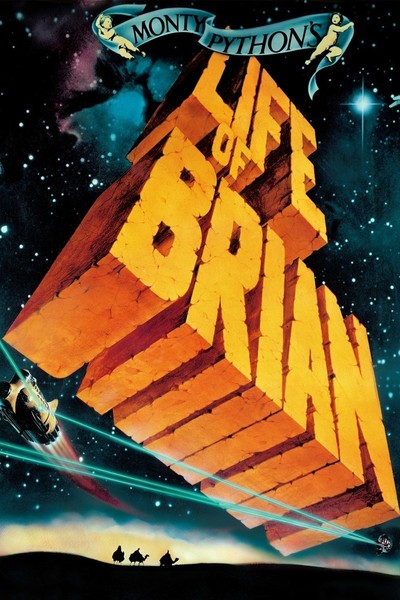 Scott of the Sahara (Michael Palin, I learned years later), faced some stock footage of a lion crashing through the brush. My little kid fear instincts kicked in - what was going to happen? Suddenly the lion transformed into...a large stuffed lion obviously thrown by a crew member into Scott's fists! Another cut, and the lion was now a man in a lion costume battling Scott, ridiculously. Scott quickly vanquishes the beast, and our prone lion squirts a too-perfect stream of blood as he expires.

Okay, on paper this does not sound amazing, but believe me, this moment of comedy genius brought me to instant tears, TEARS of laughter. It was my first experience with this level of mockery. Click here and join 10-year-old me in fits of laughter.

Turns out KCTS was showing a full Python marathon. I was glued for the rest of the day and hooked on the show. Thanks, public television!

Thus began my love for Python. I thank them for introducing me to comic anarchy, cutting social and political satire, and irreverence.

They poked at characters I had thought were noble and nearly sacred, and I loved it. King Arthur? He was overrated! Knights of the Round Table? Cowards and fools! Likewise, Python excoriated government officials, grannies, shop owners, even Yorkshiremen (whatever they were) - you name it, they were all silly! Monty Python taught me that grown-ups were generally absurd and not excluded from ridicule, which, though true, still gets me in trouble from time to time.

Pythons' high level of British scoffing was the perfect antidote for the all too serious Cold War era USA. My pals and I would seek the stuff out wherever we could get it.

After many late night laugh fests, I judged the best Python to be Life of Brian. Written over two weeks while the Pythons were in Barbados, and bankrolled by Beatle George Harrison (who "just wanted to see the movie"), this satire of religion and The New Testament spared no one. 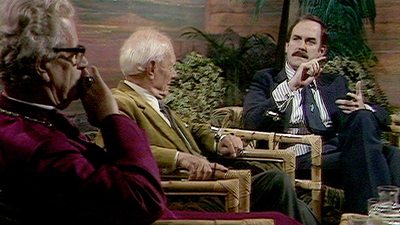 It had funny stonings, silly prophets, an extraterrestrial interlude, and perhaps the greatest musical coda in film history. Scratch "perhaps." Little did I know that what I saw as mild irreverence was interpreted as straight up blasphemy at the time.

On a legendary appearance on a British talk show defending the film, Michael Palin and John Cleese had to face a very seriously offended Bishop Malcolm Muggeridge (can you invent a more British name?) calling for the film's ban.

In fact, the film was effectively or really banned in the UK, Ireland, and Norway. To be fair, Life of Brian probably would have offended Romans too, and you know how they responded to criticism - not well. So, a few bannings is really not too bad! 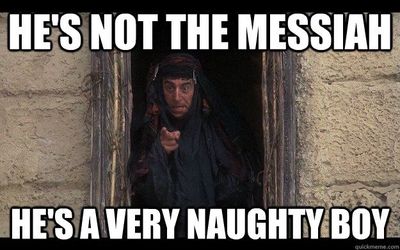 For 26 years Life of Brian has lovingly jabbed at the world's sacred mysteries. And what better season to indulge in this brilliant satire than the holiday season?

For those so inclined, Weird Elephant at The Grand Cinema brings you MONTY PYTHON'S LIFE OF BRIAN as a holiday treat, screening exclusively on December 25 and December 26 at 9:09 pm.

Grab your tickets and we'll see you at The Grand!