A well-paced train traveling on its tracks to an unknown destination is the metaphor Amy Berg uses throughout the documentary Janis: Little Girl Blue.

This train guides the storyline bridging Janis Joplin's fame to the junction of her more formative years, all the while keeping pace with the speed of her transition into adulthood and ultimate stardom. 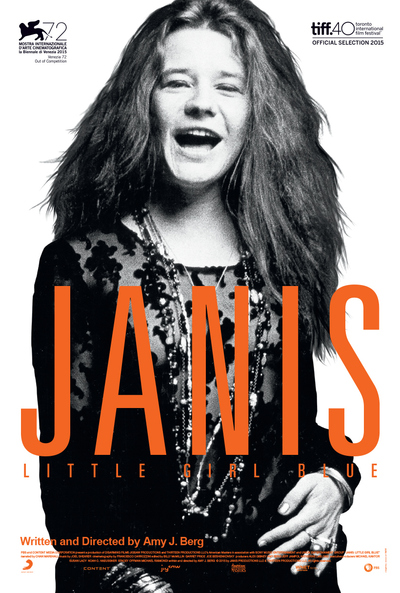 Director Amy Berg, best known for her often dark socially relevant documentaries, didn't initially set out to create a film about a rock icon, but rather this story found her.

First hired on to be the project's director, the original producers parted ways and the film's development work halted. Years into established relationships with Joplin's family and close friends, Berg decided that her connection to the story was both an investment of time and emotion that she couldn't let go. This drove her to finish the project which took her eight years.

At the mercy of scattered footage and what photographs remained, Berg discovered letters written between Joplin, her parents, friends, and lovers that provided the inspiration needed to produce the film Berg envisioned.

Music, which served as the driving motivation and expressive outlet for Joplin, also pushes the film forward.

Through the documentary's each unveiling moment humanizing this icon, Berg subtly keeps the focus on Joplin both as a fragile individual and the dynamic performer. Berg accomplishes this through carefully woven interviews and spectacular archival performances. This combination provides robust storytelling for both the Joplin fanatic and the curious film-goer.

Knowing how the rock and roll story ends holds no power over knowing the fierce woman who shared all she had to give.