Dystopian themes and the science fiction genre tend to go hand-in-hand as the future can't be speculated upon without predicting the faults that come with it. High-Rise adheres to this specific trope of Sci-Fi to its advantage, fitting comfortably somewhere on the spectrum between Stanley Kubrick's infamous A Clockwork Orange (1971) and Joon-ho Bong's more recent flick Snowpiercer (2013).

Ambivalence and Abandon in the Heights

Based on J. G. Ballard's novel of the same name, the film follows Dr. Robert Laing (Tom Hiddleston) as he watches and eventually joins the collapse of a mini-society enclosed in a claustrophobic tower block. 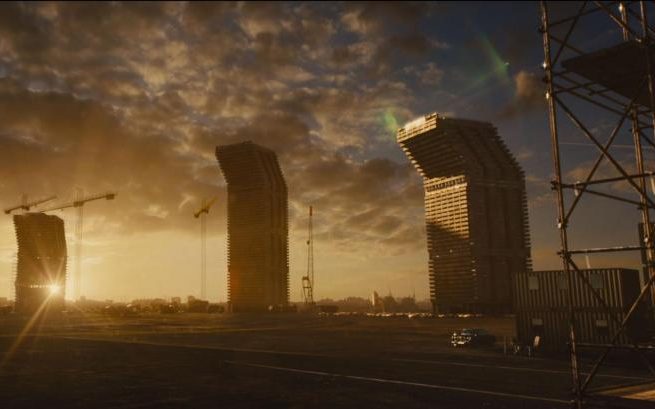 The architect of these high rises, Royal (played to sadistic excellence by Jeremy Irons), engineered them so that the wealthy live higher on the blocks and the working class near the bottom depending on their respective places in society. The rich are ambivalent to the hardships of everyday life and accustomed to hedonistic tendencies while the poor struggle for basic rights and breathing room when oppressed by the opulent "needs" of the rich.

Near the beginning, the groups are balanced in a perfectly controlled symbiosis seems to be held between the two groups visually contrasted using civilized and industrial imagery. But it doesn't take long for things to fall devastatingly out of order when conflicts pressure characters into reacting violently, abandoning civility in favor of savagery. 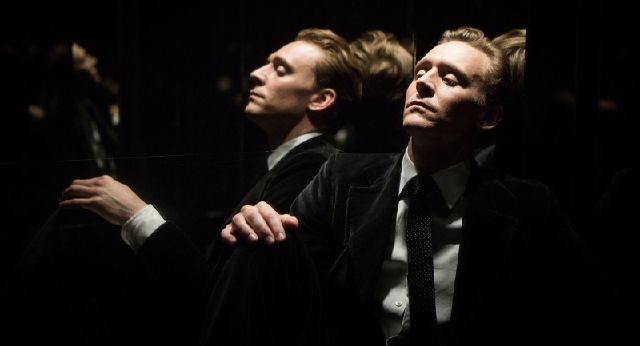 Gritty, gory, and often profoundly sexy, the film grabs its audience's attention with the tension of how rapidly society collapses. Perhaps best embodying this tonal change is a scene where Hiddleston peels the face off of a skull in hair-raising slow motion as the world around him also abandons its civilized face.

An Exploration of Duality

There are many dualities explored in this film as well: the hedonism of the wealthy versus the needs of the working class, the construction of civility versus the falling towards animalistic instinct, and the effect of claustrophobia versus the need for open space. Since the film was shot in Northern Ireland, , perhaps this film acts as a commentary on lasting hostilities between different factions in that country.

This film is a visual feast -- superbly visceral and daring in its storytelling. Direction and cinematography are the best strengths of this production.

High-Rise is playing as part of The Grand Cinema's Weird Elephant Film Series on Friday, May 27th & Saturday, May 28 at 9:09 p.m.

Tacoma's Engine House No. 9 will be serving up craft beers in theater both nights and audiences can enter to win prizes (like the film poster signed by cast and director!).