Goodbye Christopher Robin opens today, October 27 telling a behind-the-scenes story of the life of author A.A. Milne and the creation of the Winnie the Pooh stories inspired by his son C.R. Milne. For those who remember Saving Mr. Banks, we get the feeling that this film will be right up your alley. Watch the trailer. 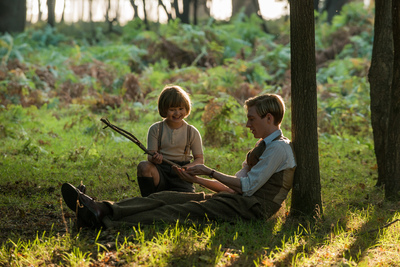 “Director Simon Curtis’s movie could easily have tripped (like Piglet) and burst its balloon as it evokes a dappled glade of happiness surrounded by the monstrous spectres of two world wars. Instead, it skips nimbly between light and dark, war and peace, like a young boy finding his way through an English wood, albeit one drenched with shafts of sugary, Spielbergian light.” - Mark Kermode, The Guardian

A True Love Story That Inspires in theater, Breathe is a biopic drama about the inspiring love story, between Robin and Diana Cavendish (Andrew Garfield, Claire Foy), a couple who refused to give up in the face of a devastating disease. You might also be astonished to learn how paralysis was treated just a few decades ago.

Next With Weird Elephant 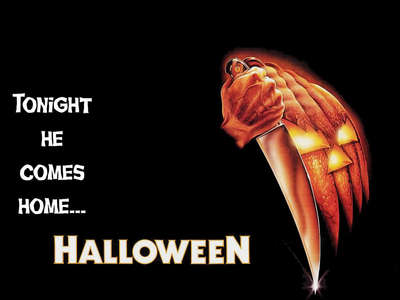 This standout is showing on October 28th at 11 PM.

Admissions Discount & Screen-printing
Wear a costume to the movie and get the member admission price at the door: $7.50. Our friends at Creepy Cult will be helping us create a custom screen print T-shirt in theater. Bring your own shirt and screen print free or buy a blank shirt for $10. See the design on our Facebook event.

“Halloween” is a visceral experience -- we aren't seeing the movie, we're having it happen to us. It's frightening.” - Roger Ebert, RogerEbert.com

Garbage Warrior is a documentary telling the epic story of maverick US architect Michael Reynolds and his fight to introduce radically sustainable housing. See it at The Grand only on Thursday, November 2 at 6:15 PM as the first film of our Building Green Series. A panel of experts will facilitate a Q&A following the screening and there will be a Green Drinks meet up with a no-host bar in The Grand's lower lobby. Learn more on the Facebook event. 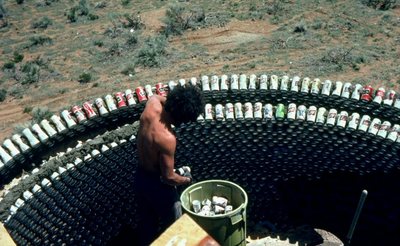 “Garbage Warrior was filmed over three years in the U.S., India and Mexico, and it's a terrific introduction not only to Reynolds' work, but to the extraordinary political and economic hurdles facing anyone who hopes to make positive change.” - Liz Braun, Jam! Movies

This series is presented in partnership with the South Sound Collaborative of the International Living Future Institute.

In Theaters (0)Comments
Back to Blog