Loving Vincent is the first animated film of its kind: each individual frame was hand painted. All 64 thousand (yes, thousand) frames were painted by a team of 120 artists. 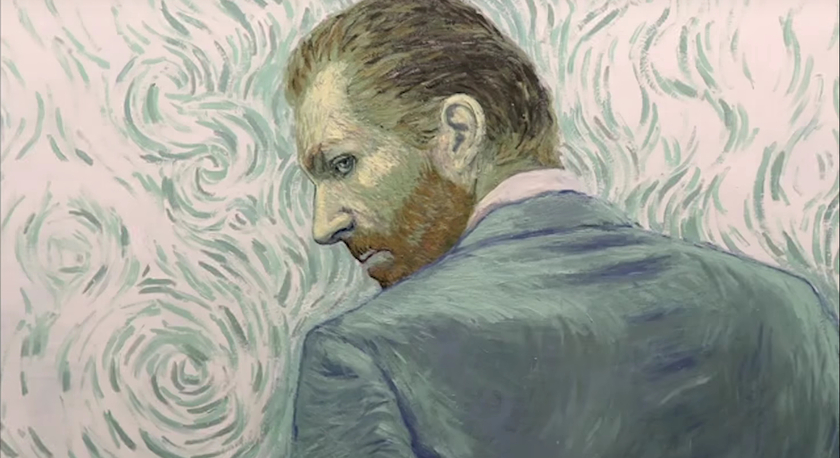 The story explores van Gogh's struggle with madness through an immersive narrative including real-life characters and locations from 150 of Van Gogh's famous paintings. This unique achievement is a once in a lifetime film that you won’t want to miss. Watch the trailer.

“An innovative, vibrant film that seems to spring from the screen in the same energetic brush strokes as the iconic Dutch artist who took his own life in 1890.” - Laura DeMarco, Cleveland Plain Dealer

Featuring debut performances from many first time actors, The Florida Project is the glorious new film from director Sean Baker (who made the equally stunning film Tangerine). 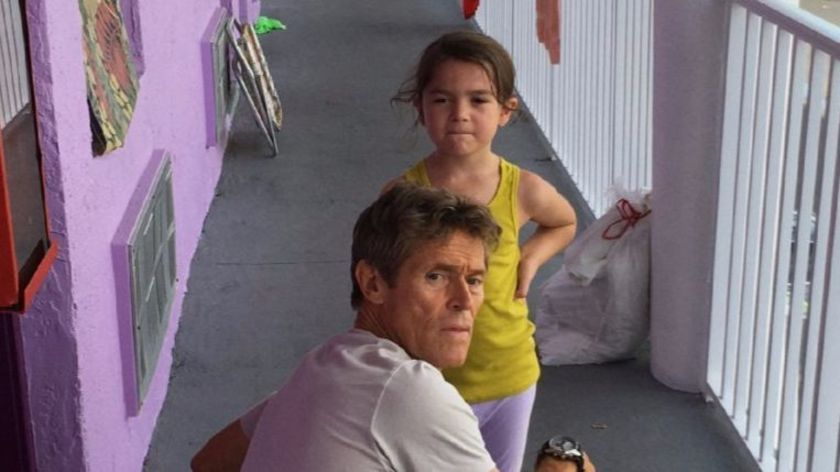 The Florida Project stars Willem Dafoe alongside 7 year old Brooklynn Prince (she started acting at age two). Prince plays the precocious and adventurous Moonee who is often left to her own devices as she explores a Florida motel near Disney World.

Prince is on track to possibly be the youngest person to win an Oscar: her performance is  powerful, humorous and heartfelt. Whether getting ice cream, bothering tourists, or just wandering the motel, Prince as Moonee is a captivating actor with a bright future ahead of her having starred in one of the most unique films of the year. Watch the trailer.

“The Florida Project explores the flipside of parental irresponsibility, the thrill of being able to run wild and free in a chaotic, carnival-esque landscape...

The fluid visuals are a perfect match for the curiosity and exuberance of the kids, who prowl the motel grounds and beyond on the hunt for mischief. The sunny perspective of Baker and cinematographer Alexis Zabe (Post Tenebras Lux) really is something to behold in a film resplendent with affection for its characters, while the kitsch environs are a rich source of cinematic spectacle. At a stroke, vulgarity becomes majesty as the pair remind us that you can find beauty everywhere when you see the world through the eyes of a child.” - Andrea Thompson, The Young Folks

NEXT FROM WEIRD ELEPHANT
OKJA

A staff favorite, Okja is a film that in many ways defies description. Biting satire? Coming of age adventure? Eclectic fantasy about a girl and pet? A combination of all three? You’ll have to come see this beautiful film on the big screen for yourself to find out.

Okja's brilliant cast includes Tilda Swinton, Paul Dano, Giancarlo Esposito, Jake Gyllenhaal, and in the lead, Seo-Hyun Ahn. Ahn's endearing and fierce portrayal of a young girl who, amidst a world that just wants to take, only wants to protect her friend Okja, will inspire you.

“Bong Joon-ho's films are fantasies, adventures, and at their heart, they're warnings of ecological disaster.

In OKJA, we meet the eponymous Okja, a massive, adorable, canny genetically modified super pig and the girl who grew up raising him, Mija. The relationship between a girl and her best animal friend are the heart of this kidnapping caper and you can't help but root for them.

Okja is funny, tragic, thrilling, heartbreaking, and heartwarming in a way that only Bong's films can be. And ultimately, you will never be able to look at bacon the same way again.” - Katy Evans, The Grand Cinema

Next Tuesday's Film is a real treat. See the documentary SIDEMEN - Long Road To Glory, Tuesday, November 7th at 1:30 and 6:45 p.m. for one day only. Meet director, Scott Rosenbaum after the 6:45 PM screening, hosted by Amanda Gresham's Delta Music Experience.

The documentary takes an intimate look at the incredible lives and legacies of piano player Pinetop Perkins, drummer Willie 'Big Eyes' Smith and guitarist Hubert Sumlin, all Muddy Waters and Howlin' Wolf sidemen. The film includes some of the last interviews and their final live performances together before their deaths in 2011.

Narrated by Marc Maron of the WTF Podcast, this film is what documentaries are meant to be: capturing unique perspectives about someone you may not have heard of but who impacted music in ways you have been blessed to experience.

Even more special, join us for a discussion following the 6:45 p.m. screening with the film’s director, Scott Rosenbaum, hosted by Amanda Gresham's Delta Music Experience. Tickets are selling FAST and we expect a sell out. Purchase tickets in advance if you want to see this one about blues & the artists behind the music.

“Sidemen” is about more than just legacy. Blessed with extensive interviews with their buoyant subjects (all three of whom died in 2011 within months of one another), Mr. Rosenbaum and his producer Jasin Cadic shape a narrative of professional insecurity and personal resilience. From playing brothels and juke joints in the Jim Crow South to decades-long collaborations with the Chicago blues pioneers Muddy Waters and Howlin’ Wolf, the three weathered careers of astonishing flux.” - Jeannette Catsoulis, New York Times

In Theaters (1)Comments
Back to Blog