Meryl Streep is no joke

One simply cannot hear this film and not talk about Meryl Streep’s performance. There were a handful of moments when it was actually almost physically painful to sit through the piercing notes she projected as the infamous Manhattan socialite and self-proclaimed coloratura soprano, Florence Foster Jenkins, in Stephen Frears’s film by the same name. It was in those moments that I realized what an effort it must have been for the three-time Oscar winning actress to belt out such bad opera over the entire course of the movie. Grainy audio recording of the real life Florence Foster Jenkins plays as the end credits roll and my opinion after comparing the two: Meryl is a genius. She sounds remarkably like the actual woman. In her final performance of the film the actress graces us with her true, angelic voice as we take a peek into the version of Florence Foster Jenkins that she hears internally when she sings aloud. The juxtaposition is jarring.

Check out this interview on NPR Fresh Air interview to hear Streep discuss her method and experiences training in opera singing. 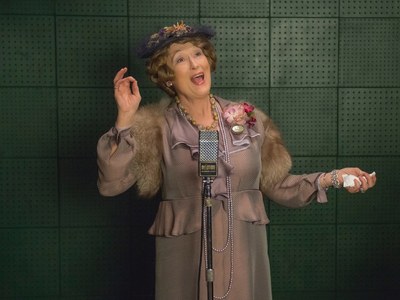 If you’re gonna do it, do it in style

Perhaps second most notable is the film’s aesthetic. Florence is a fabulously wealthy woman whose sizable estate comes at least in part from an inheritance that we learn she almost didn’t receive. She lives in luxury in a posh Manhattan hotel where she hosts expensive teas and attends the New York Metropolitan Opera in a tiara. From her furs to the bathtub full of potato salad prepared by her live-in housekeeper, the majority of the film is dripping in cringe-worthy extravagance that somehow feels normal because it is totally glossed over. Madame Foster Jenkins herself enjoys a similar treatment, surrounded by doting friends and eager sycophants who refuse to acknowledge her absurdity. Self-indulgence is practiced in the extreme in all areas of her life but treated as being completely commonplace -- adding up to a very surreal experience for her audience. 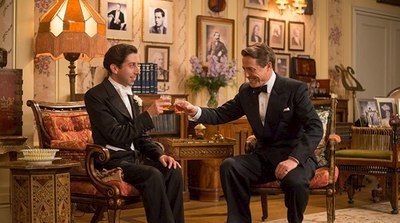 More than meets the ear

While the premise is simple enough—(rich Manhattan socialite wants to sing opera, but can’t -- and does anyway, and people go along because they want her money)—there are sweet surprises along the way. Florence Foster Jenkins owned The Verdi Club—a social club which she hoped would help young musicians find paying jobs—and (according to the film) she gave one-thousand tickets for her Carnegie Hall performance to the local Marine Corps so that soldiers of WWII could enjoy themselves for an evening. Her passion for music is given a further surprising layer of credibility with the revelation that she was once considered a child prodigy and played piano at The White House for President Hayes. And through her naïve but talented pianist, Cosme (Simon Helberg), the very person of Florence Foster Jenkins is revealed as a truly generous lover of people and music.

ONE WORD: AUTHENTICITY
In her final moments on screen Florence Foster Jenkins asks her common-law husband (Hugh Grant) and partner in all things music whether they have all been laughing at her this whole time. He responds tenderly that hers is the truest voice he has ever heard, and perhaps therein lies the moral of the story. Stricken with syphilis by a former husband when she was only eighteen, Madame Foster Jenkins understands suffering. Her outward countenance may seem positively sun-shiny, but she is gravely ill and her current marriage-of-sorts is, at the very least, confusing. 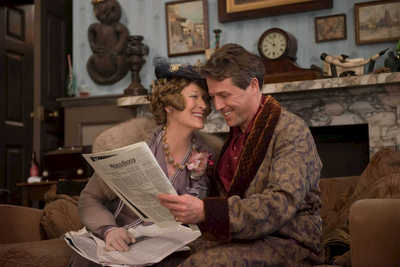 If at first this curious woman appears a self-indulgent lunatic being coddled by greedy folks, the film asks us to look again. In spite of her inability Foster Jenkins charges at her passion with full steam, reiterating all along that music matters. This genuine spirit is what seems to inspire real love for her from all that surround her and ultimately forgive her shortcomings. After all, most people have grand dreams, but few have the resources to make them reality. Florence Foster Jenkins is pure in her pursuit of the performance and whatever she may lack in technique she makes up for in heart. Brace yours ears and prepare to be enchanted by the unlikely magic of Meryl Streep as Madame Florence Foster Jenkins!