Menu
May 31, 2016 Film Review: The bold and hilarious Love & Friendship

A first time for everything�

I screened Love & Friendship as an intern here at The Grand Cinema, and it was the ultimate indulgence having an entire theater to myself for the sole purpose of consuming a new film based on the novella Lady Susan by Jane Austen. Like a kid in a candy store I selected my favorite seat four rows back from the screen, and settled in with a mug of coffee. There is quite possibly no better way to soak up a bit of romance and period drama. The stage was set and I was prepared for the pleasantly familiar experience I've had watching other Austen adaptations - and then Love & Friendship completely surprised me. 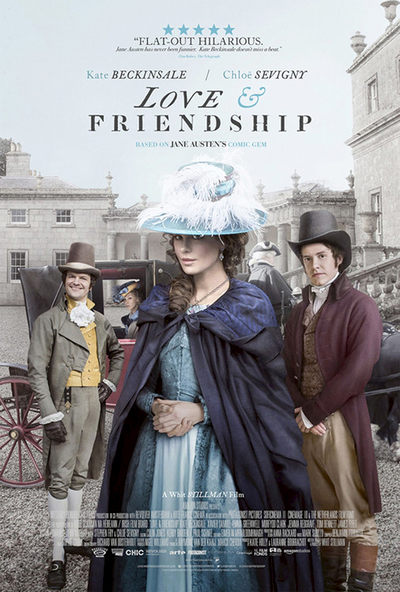 The one word that keeps coming to mind when I recall Love & Friendship is delight. Director Whit Stillman delivered all of the typical characters I've come to expect from an Austen classic, but in an unexpectedly bold and hilarious way.

When I think of quintessential Jane Austen, I expect a clever love story, a stirring soundtrack with sweeping scenes of the English countryside, and big names in pretty dresses with impeccable English accents. Love & Friendship addresses most of these expectations, but with one big difference: this film, its story, and its leading lady are audacious. This sheer, delightful cheekiness caught me off guard.

Kate Beckinsale sparkles as the shameless Lady Susan Vernon, who on the surface appears the epitome of a social climber -- expertly navigating polite society with an uncanny ability to bend any and all circumstances toward her own ends.

A collective breath-holding happens each time Lady Susan walks into a room because no one knows what she is going to do or say and how it will affect their own trajectories. She is flirtatious, uninhibited, and very pragmatic about relations between men and women. Her acquaintances can't seem to decide if they fear her, despise her, or feel inspired by her.

I knew before I saw the film that Jane Austen was nineteen when she wrote Lady Susan, the novella that inspired Love & Friendship. The teenage girl in me not-so-secretly admires Lady Susan for her boldness, charm, and how unmoved she is by her own shock value. Her American friend and confidant, Alicia Johnson played by Chloé Sevigny, declares Lady Susan's genius throughout their interactions, and it is no stretch for me to imagine a young Jane Austen holding such counter-culturally powerful women in esteem. 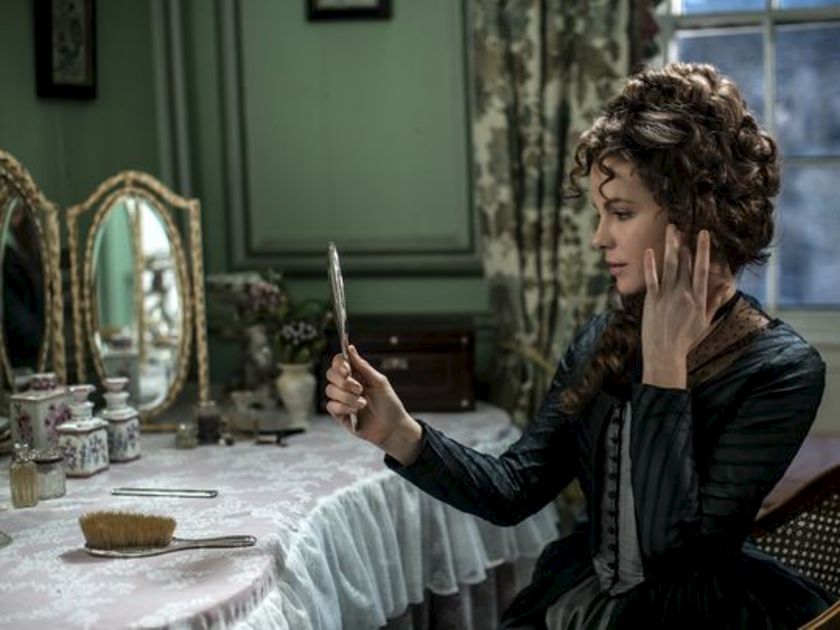 It is quite impressive that Austen was so young when she created such a complex protagonist. Without giving too much away, there seems to be a Lady Susan below the surface whose intentions are perhaps not as superficial as her behavior suggests. Her scheming seems conventional, but I sensed that she can see a much bigger picture while everyone else around her simply reacting to her audacity.

Love & Friendship left me wondering about what Lady Susan was really after all along; the optimistic romantic in me believes her to be more genuine than I first assumed. This film is a must see, offering all the airs of an eighteenth century British period drama with a saucy, bold streak!