A meet cute, an affair, and a change of heart culminate in a romantic comedy with a twist in Maggie's Plan. The basic plot: Maggie decides to have a baby on her own, but her intention goes awry when she falls in love with a brilliant professor involved in a tense marriage. 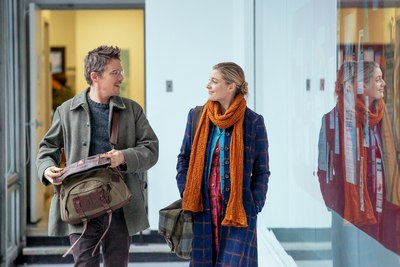 QUIRKY IN ALL THE RIGHT WAYS

Written and directed by Rebecca Miller, Maggie's Plan is as off-the-wall as can be, all the way down to the small details like costuming. Maggie's character (played by Greta Gerwig) emphasizes the natural irony of the situation through her odd combinations of thick, clunky sweaters and bright leg warmers. In contrast, the wife Georgette (Julianne Moore) fits the picture perfect ideal of a polished and put-together woman. John the professor (Ethan Hawke) is portrayed spectacularly as the slightly scattered, wire-rimmed glasses wearing academic. These minor visual details build into the story's bigger picture, one filled with intense emotional complexity.

Supporting cast Maya Rudolph and Bill Hader could not be more perfect accents as they support Maggie through her attempts to take her fate into her own hands.

NOT THE SMOOTHEST RIDE, BUT A GOOD ONE NONETHELESS 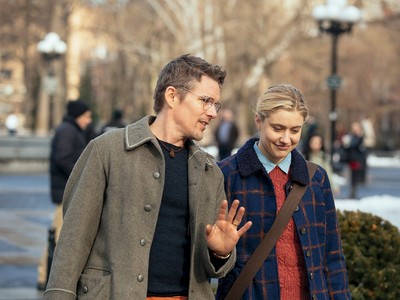 This is not your average romantic comedy. Maggie's Plan is as unpredictable as real life relationships are, breaking typical Rom-Com conventions over and over again throughout its 98 minute run on screen. All of the characters here are ordinary people fleshed out with apparent flaws and redeeming qualities.

Rebecca Miller's dry wit is evident from beginning to end. It seems simple at first: Maggie and John meet and form a forbidden love; end of story. But not in this film. Here, Rebecca Miller goes beyond the easy happy ending into the intricacies of real-life relationships. If your romantic life seems complicated right now, you can rest easy knowing that the characters in this film most likely take the cake. Each of them is just a little bit "off" in their own unique and charming way: Maggie is relentless in attempting to control her own destiny, John battles merging his differing personal identities, and Georgette must learn to be vulnerable.

Together the actors in these roles share impeccable comedic timing which makes for some delightfully uncomfortable, seat-squirming moments in a tumultous and complex love story.

Watching this film, I found myself enjoying Miller's dry humor as I became caught up in the unconventional nature of the plot and characters. The difficult situations that they continuously put themselves in are balanced by comedic moments. 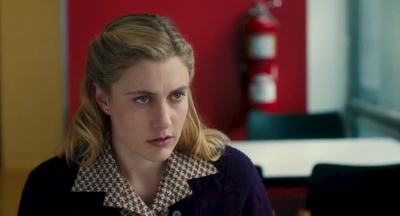 In this female-centric narrative, we follow Maggie as she matures by necessity of her circumstances and we as the viewers are forced think about our own roles in relationships. Strong tones of female empowerment underlie the storyline, and watching this woman control her own destiny allows for plentiful amounts of self-reflection.

Maggie's Plan is schedule to play now through at least Thursday, June 23rd, 2016. Movies stay on our screens as long as audience turnout supports them each weekend.