Texas-born, Taiwanese American, supremely talented and overwhelmingly undersung. Filmmaker Patrick Wang has received endless praise by film-goers and critics alike, and though he’s been releasing films since 2011 to high praise, it’s likely his work has flown beneath your radar.

His debut, In The Family, was nominated for a "Best First Feature" Independent Spirit Award; his second, The Grief of Others, premiered at SXSW and played at Cannes, confirming “the birth of an auteur whose work we anticipate, now more than ever.”

Has the general public caught up to this visionary? If measured by box office success, no; and this may be the first time you’re hearing his name—unless you remember it from the 2012 visit the filmmaker paid to Tacoma, as part of a mini "summer camp" celebrating Filmmaker Magazine‘s 25 New Faces of Independent Film that The Grand Cinema hosted.

The Grand Cinema is pleased to not only play Wang’s latest but also welcome him back to
Tacoma next Tuesday, April 30. The film is called A Bread Factory, named for the bakery-turned-performance-space on which the film centers. Set in a small fictional upstate New York town, The Bread Factory is at threat of losing public funding due to newcomer performance artists. The story plays out as a four-hour-long, two-part film (both parts stand alone and can been seen separately, but are intended to be seen together) with stellar performances all around, featuring both amateur and seasoned actors including Tyne Daly. A Bread Factory delivers an “as thorough and thoughtful a statement on art and life as any American filmmaker has given us.”

The film is a love letter to community theater (and communities), and feels more than appropriate to play at Tacoma’s own local nonprofit art house cinema. In the following interview, Patrick and I talked this, his transition from theater to film, “talkable art,” and more!

TT: A four-hour runtime is something many folks will balk at, but A Bread Factory feels so very Tacoma in spirit. We're a midsized, creative city. And of course Amazon is a tangible force in the city above. I think there's an appreciation of art here in every form, and I love that A Bread Factory pulls that together.

PW: Yes, I was at The Grand Cinema many years ago, and I could sense the same spirit as the Bread Factory at work there.

TT: It's apparent from the first scene that you have a background in theater; you graduated from MIT with a degree in economics as well as music and theater arts. I'm curious about your move from theater into filmmaking.

PW: I loved working in theater, but there are differences between what I could accomplish in independent theater versus independent film.

I could produce and direct more plays since they required less capital than a film, but in a local place there will only be so many audience members you can share the work with. So the desire to move to film first came from just wanting to share my work with more people, across space and time. But then many other changes come into play when you work in this new medium.

TT: What's been one exciting or challenging change that’s come with moving into film? Apt to note here is that you write, direct, produce, even self-distribute, and I saw your name in the music credits, too. 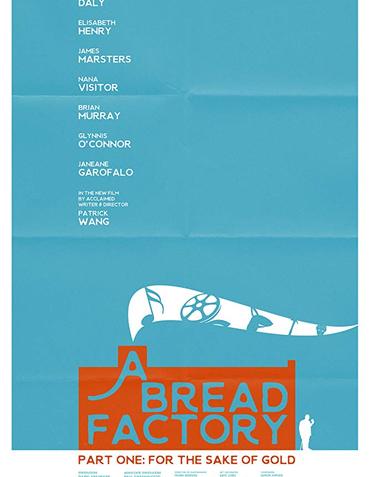 PW: I love actors, and I love being able to find an acting style for film that uses a theater person's understanding of how many powerful tools an actor has on their own without the help of the filmmaker.

A filmmaker just has to understand how to watch the performance. In film the way you can control the visual and sonic intimacy of a performance is something that is generally much harder in theater. I suddenly could have great control of how much of a set you see in relation to the actors (and the exact angle; often in theater you are designing for a variety of sightlines). An actor could be very far away and small in the frame, but I could hear them as if they were next to me. To me these tools explode with possibilities relative to theater.

TT: I love that! You said in a 2012 interview that you "don’t think much about a career in film. I love the peripatetic life." Has the way you relate to film changed since then?

PW: I approach every film like it’s the last one—not a step on the way to something else—but everything in that moment. I also am not interested in a film if at the beginning I know what it will look like and know how to solve all its challenges. I’m like this when I write: I write to learn not to say what I already know. I make a film to discover new tools and new ways of using old tools, all in service of the spirit of this one particular film.

TT: What comes first: content or form? Are we going to get a miniseries out of you next?

PW: Content comes first. When I started A Bread Factory, I thought it would be a miniseries, but the material wanted to be something different. The content surprised me and knew better than I did. So I can guess at what something might be, but won't know for certain until I finish writing it. (And I haven't finished writing a new project yet.) 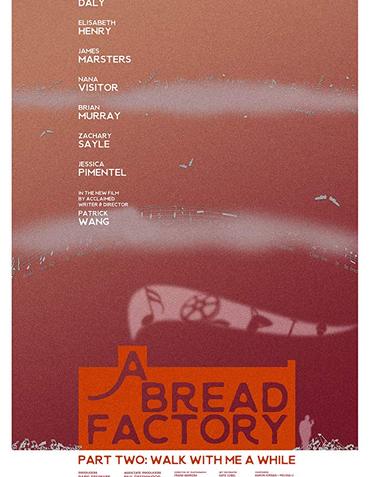 TT: Once I fell into the A Bread Factory’s rhythms, I felt like I was watching a completely engrossing TV show—I mean that in the best way, in the way that we've all accidentally binged a show in a four-hour block because we can’t stop.

TT: Did you have specific influences that informed May Ray [the avant garde performance artists that ascend on the town]? The gentle satirization is… hilarious and spot on.

PW: There is a little Marina Abramović in there… but popular, "talkable" art is pretty much everywhere.

TT: Ha, I thought so. There's also something there about them being from China.

PW: I think how easily a civilization or country can be thrown around as an economic buzzword is a little dizzying. Recently it has been China. When I was a kid, it was Japan. In between there have been Asian Tigers and Celtic Tigers. It mixes so many things: capitalism, opportunism, racism, ignorance, optimism. There's a lot to try and detangle.

TT: I don't want to be cliche about this, but I am so super excited to be speaking with a visionary who is also Asian American. There's been a lot of talk recently about representation, but particularly in regard to actors (Crazy Rich Asians, #StarringJohnCho). Not really a question, but wondering if you had anything to say about Asian Americans working more in your wheelhouse as a filmmaker.

PW: I think representation in film is very important. Sometimes there is the sense in conversations about identity that being on the inside somehow imbues you with deeper insights than others, but I have had to learn about how to think about Asian American representation from many dedicated people who have been fighting for it on stage and on screen (and in politics and beyond) for decades. So my thanks to those great teachers.

TT: Is there a question you want to answer about A Bread Factory that hasn't been asked of you before?

PW: No, I think only politicians spend time imagining answering questions no one is asking. 😉

A Bread Factory plays for The Grand Cinema’s Tuesday Film Series on Tuesday, April 30. The showtimes are set up so that film-goers may see both parts on Tuesday, or see part one on Tuesday and come back for part two on Wednesday.

Wednesday, May 1
6:50pm
In Theaters, Only at The Grand, Post Film Discussions, Tuesday Film Series, Visiting Filmmakers (0)Comments
Back to Blog