The Grand Cinema is thrilled to announce that esteemed film curator David Dinnell is the new Festival Director and Programmer of the Tacoma Film Festival.

Bringing extensive curating, programming, and teaching experience, and a host of industry and academic connections to Tacoma, Dinnell will build on TFF’s strong regional and international reputation and help to further elevate the prominence of the festival.

Welcome to The Grand, TFF, and Tacoma

“We are excited to have someone with the level of experience David brings to the Tacoma Film Festival. As our festival continues to grow and excel, his expertise will help is continue to elevate the quality and diversity of films we can bring to Tacoma."

“We are beyond thrilled to have an educator and professional of David's caliber join us at the Tacoma Film Festival — his experience and thoughtful approach to programming is a terrific match for TFF because we are filmmaker and film fan centered.” 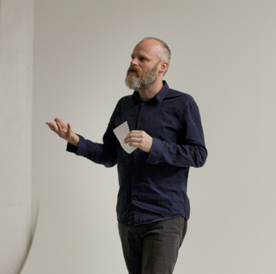 David Dinnell is a filmmaker, curator, and educator. He is currently a visiting faculty member at the California Institute of the Arts completing his tenure teaching filmmaking fundamentals, screening and analysis classes, and the programs “Resistance: Political Filmmaking, Revolutionary Movements, Art, and Social Change,” and “Site Specific: Moving Images in the Cinema, the White Cube, and Online.”

Dinnell has curated and organized several hundred film programs, artist retrospectives, moving-image exhibitions, and live performances. Dinnell was film programmer at the Ann Arbor Film Festival for ten years and its Program Director from 2010 to 2016. He programmed five seasons for the University of Wisconsin-Milwaukee Union Cinema; co-programmed the 11th &12th editions of the Media City Film Festival; was film programmer for the Flaherty NYC Film Series in Fall 2014; and guest curated film programs for the Bienal de la Imagen en Movimiento in Buenos Aires.

He most recently presented film programs at UnionDocs in Brooklyn; the Los Angeles Filmforum; San Francisco’s ATA; the Light Field Film Festival; and Cinema Project in Portland, Oregon; and is the curator of the CC50 series of 16mm film programs celebrating Canyon Cinema’s 50th year that will screen internationally in 2017 and 2018.

Dinnell’s own work has screened at the International Film Festival Rotterdam; Views From the Avant Garde at New York Film Festival; Images Festival; EXiS in S.Korea; Anthology Film Archives; and the Jihlava International Documentary Film Festival, among others. Dinnell studied cultural anthropology at Eastern Michigan University, and earned his MFA in film at the University of Wisconsin-Milwaukee.

When asked about what he’s most looking for in coming to Tacoma and joining the team at The Grand, Dinnell shared,

“I'm looking forward to being in Tacoma, it seems like an exciting time for the city and community there with all kinds of possibilities, but in particular with art and cinema. I've been struck by how welcoming and warm everyone at the Grand has been, as well as the people I've so far met in the film community that the Grand Cinema has been at the center of. The interest in cinema in Tacoma is really evident, as well as the Festival's commitment to independent film.”

About the Tacoma Film Festival

Now approaching its thirteenth year, TFF has grown into a much-loved festival recognized nationally for creating welcoming spaces for artists to connect and collaborate.

“Whether you’re itching to show off the film that’ll draw in your next great creative collaborators, in search of a training ground where you’ll swap ideas at every screening series, or simply seeking high quality features and shorts, TFF’s 2017 run is proof that rising stars would be remiss not to add it to their annual itinerary.”

“Tacoma Film Festival is an example of what a passionate, dedicated group of curators can do to bring independent filmmakers together. The measure of any festival to me is whether you come out feeling inspired. I can say unequivocally that the TFF experience offered just this: an environment where fellow artists and programmers are passionate about advancing the vocabulary and syntax we use in the language of cinema.” 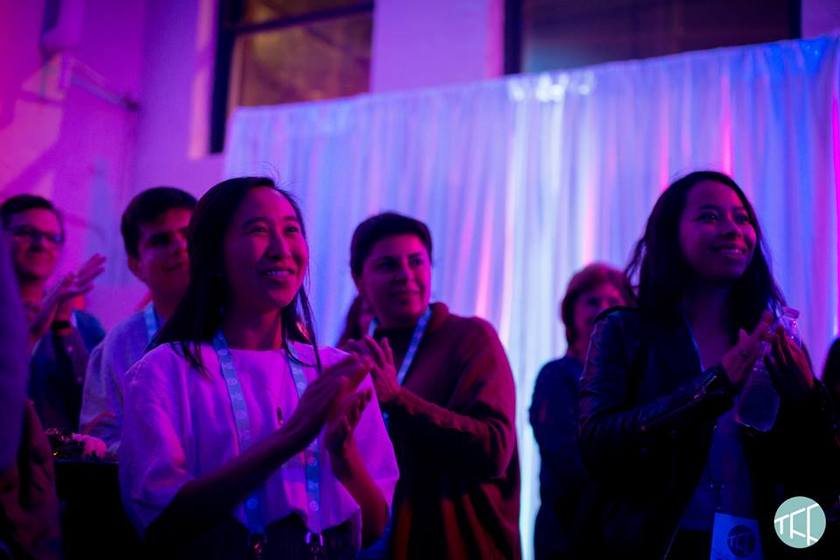 The 13th annual Tacoma Film Festival is scheduled for October 4 - 11, 2018 and will feature eight days of films, events, panels, workshops, and parties. Expect a diverse and eclectic selection of films from around the world including features, documentaries, shorts, and VR, as well as thoughtful and engaging education opportunities presented in partnership with local institutions and community partners.

David Dinnell will join The Grand Cinema team full time beginning in June when he will relocate to Tacoma. Until then, he is focused on growing our submission screening team, evaluating films, and building connections to support the programming and outreach of the Tacoma Film Festival.

Dinnell is available for interviews, contact Grand Cinema Director of Marketing Darcy Nelson for any inquiries or interview requests.

About The Grand, Tacoma Film Festival (0)Comments
Back to Blog