Bryce Richardson’s debut feature, I Want More, I Want Less, is one of the best films of the year. I don’t write this lightly but when discovering the film as a screener for the Tacoma Film Festival, it was a revelation.

Writer/director Bryce Richardson honors his two central characters, cell phone repairman (and pickpocket) Gabe and accountant Vicky, opting for an equal, observational view, seeing both characters not in opposition but in parallel as they scavenge for survival. Without unnecessary highlighting or underlining, Richardson  made a film about what is ordinarily elided in current New York City indie films: what remains of the 21st century’s working class in the city.

I Want More, I Want Less had its world premiere at the 13th annual Tacoma Film Festival, and went on to win the festival’s award for Best Screenplay for a Narrative Feature. The next screening of the film will take place November 12, 2018 during the Olympia Film Festival in Olympia, Washington. Richardson will be in attendance.

Richardson spoke with me about his background, the film’s unique screenplay, and the malevolent figure lurking in the story’s background. 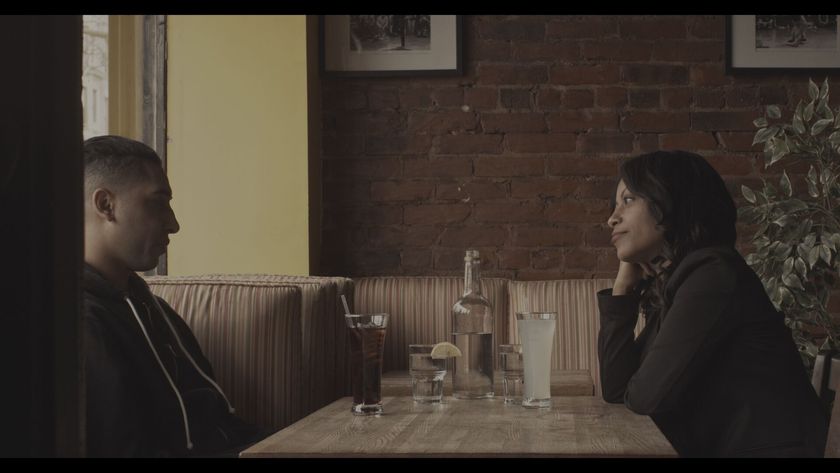 AS: Talk about the genesis of I Want More, I Want Less.

BR: I initially came up with the idea of a cell phone pickpocket because I had my phone stolen a couple times. And there’s a scene in the movie where [Gabe, the pickpocket] meets up with a woman who’s offering a free chair on Craigslist and he ends up taking her phone; that happened to me too. I brought the ideas together, inspired by just walking around and seeing stores in Queens having to share space, share their rent. The most egregious example was a tax accountant sharing space with a driving school. I saw these cell phone stores pop up, and it seemed like one of the few new businesses that can function as a mom-and-pop, so the idea of mixing that with an accountant appealed to me—to make an odd couple situation. That’s where it started. 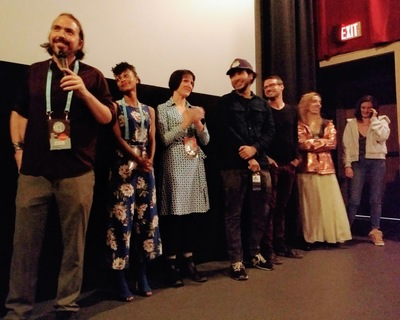 There’s also something about stealing that’s inherently cinematic. There’s a whole history of films about thieves, Pickpocket being the obvious one. But also Jia Zhangke, and the Safdie [Brothers’] first films involved pickpockets. It’s the most visually elegant crime I can think of. At least more elegant than hacking into a computer.

AS: This is your first feature-length film, but had you made anything before this?

BR: A little black and white 16mm film called 2580. No dialogue or anything, and all the sound was mixed with foley. I also made an experimental film, Eclectic Brackets, that was more of a city symphony of Seoul that played at a couple of festivals. I’ve written some plays and had a one-act put on by the Metropolitan Playhouse in New York. I have a little background in comedy too from way back, and applied some improve tools to this project.

When I gave the actors the script I would redact lines. When they arrived on the set we’d go over the scene and give it some structure, but I told them to choose their words.

By not memorizing, there’s no overthinking, and puts everyone in the moment. I prefer it that way; there are nice discoveries to be made. A lot of times we would find something in a take, and decide, “Yeah, let’s keep it for the next one.” [Not giving lines] is especially important for some of the non-actors in our cast. If you free everyone up, just give a little bit of structure, that’s when personalities come out and it feels natural.

AS: The visual style of the film is conducive to that: you give the actors a lot of space.

BR: When we [Richardson and cinematographer Rafael Abreu-Canedo] started talking, I discussed how I wanted to show the actors reacting off each other. I don’t like long takes that tend to be more about showing off or trying to impress.

AS: Do any examples in mind?

BR: The Taiwanese New Wave is a big inspiration for me, and a Romanian film, Sieranevada. Edward Yang is big for me; he shows the type of characters, middle-class business types, that I’ve been around my whole life. And he’s really good at presenting daily lives in a patient, observational style. With how hectic and isolating [New York City] can be, it’s contrasted well with a still camera. 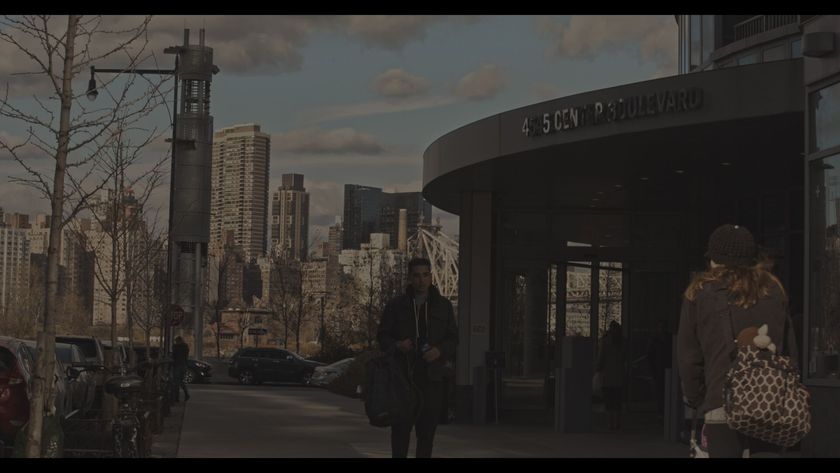 AS: What did you shoot with?

BR: It was mixed media. We used an FS7, F65, a DSLR, and a really cheap camera to mimic the look of an iPhone. I tried to give myself as much freedom as possible regarding which camera to use.

AS: There’s an interesting mix of actors and non-actors in the cast.The two leads, Gabby Girma and Sam Abbas, are fantastic. How did you find them?

BR: Gabby and Sam are working actors in New York. I found them through the audition process; same with the other Lana Boy and Casey Hartnett. The non-actors are people in my life that seemed like they would work in front of a camera. I found a couple of strong actors from my basketball team, and the lawyer is my friend’s dad who has been both a lawyer and a radio DJ; he brought a performance that I would have never been able to come up with. 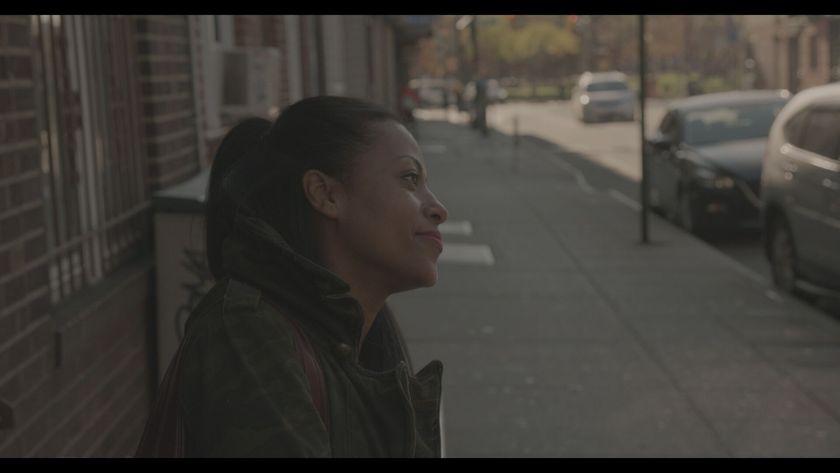 AS: What qualities did Gabby and Sam exhibit that convinced you to cast them?

BR: They both improvised, and we let it go for a while until we started to get a real sense of their personality. They did this exercise both as themselves and as the characters. Once they left the room, I couldn’t see the characters as anyone else but them.

AS: It seems like most independent films aren’t about work. It’s either mentioned just briefly, or they have these vaguely artistic non-jobs.

BR: I’ve worked my whole life. As soon as I was legally able to, I was put to work, and I’ve never stopped. There’s a lot of movies about relationships and love, and while I’ve been lucky enough to experience that, I’ve spent most of my life working, so I really wanted to make a movie about how that grinds on you. It’s everywhere in the world, but it’s a little more in-your-face in New York. It’s still the only city I’ve been to where you have to buy something to use the bathroom. Everyone’s a transaction to each other and it can be demoralizing. 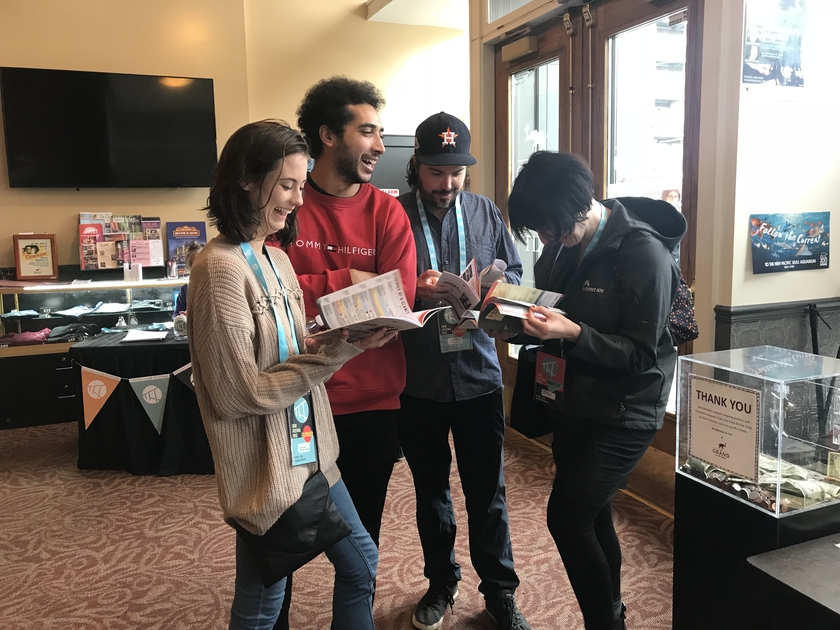 AS: Were you born in New York City?

AS: That perspective gives the film a particularly sedate tone. How did you establish and maintain that tone?

BR: It’s in the writing. I didn’t go for anything overly emotional; the story didn’t serve it. While it’s a boy meets girl story, it’s not a love affair so there’s no reason for people to scream at each other; they suffer internally like the rest of us.

The actors had to be really mindful of [maintaining tone], because everything was shot out of order. They had to know where the emotional temperament was. There’s a through line for both characters: Vicky is very guarded, and Gabe’s a born hustler who tries to have a positive outlook.

AS: How long did it take to shoot the film?

BR: We shot sporadically. The first half we shot weekends in October 2016, then late November/early December, and then in January 2017. We completed the end April 2017. I wanted to do it piece by piece. It allowed us to think things over, come back, and take different approaches.

AS: There’s some scenes shot with uncontrolled crowds, at community meetings and a protest march. What was your process for those?

BR: We shot those scenes with a DSLR and told everyone we were making a movie. Anyone who didn’t want to be photographed, they let us know and we stayed away from them. We had the idea that Vicky was very involved in the community, so she would go to these community meetings. Then the election happened, and every single meeting became about that. Like Trump does with our own lives - he gets into our heads when we don’t want him to—he got into the film [laughs]. It was kind of interesting, especially with that protest, it’s so hectic, no one cared that we were filming.

AS: How did you measure the amount of Trump and the election to include?

BR: It was ambiance; the movie timestamps itself because Gabe is selling new iPhone 7s and we’re at 11 or something ridiculous now. I didn’t want to “say” anything about it, I just wanted it to be there. I also didn’t want to make a movie just about gentrification; in the most simplistic term, I made a movie about how mean capitalism makes us all to each other, and Trump is a great example of that.

AS: The score by Christopher Day, and the use is of it, is unique. It kind of rises in and out, underneath the scenes…

BR: We’ve worked together before; he scored my previous short. He’s so smart and talented, he knew exactly how to tackle it. I gave him some Jon Hassell tracks which had these slow bongos that creep up on you as he plays his synthesized horn. He made something similar that captures that mundane day-to-day feeling. Just these slow beats that sort of drag. It’s good commute music if you want to be in touch with how you actually feel.

AS: Obligatory final question: what are you working on next?

BR: I’ve got two different projects that I’m working on. They’re both based in Houston. I made my New York movie, now I want to go back to my hometown and see what damage I can do there [laughs]. 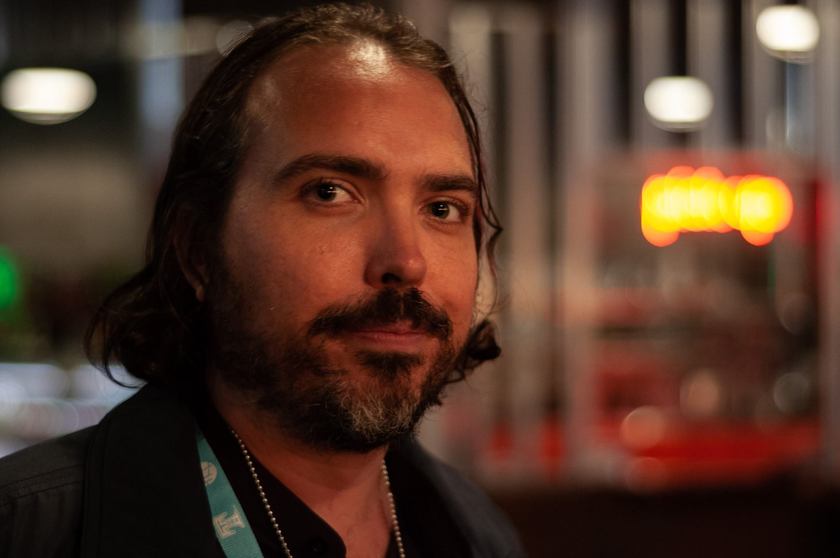 Catch I Want More, I Want Less at the 35th annual Olympia Film Festival on Monday, November 12 at 6:30PM at the Capitol Theater. Bryce Richardson will be in attendance along with producer Violet Lucca and composer Christopher Day.

This interview has been edited for brevity.