"It's a painfully overdue education in cinema that should be essential viewing for film students and film buffs alike." Critic Felix Vasquez said this about Horror Noire: A History of Black Horror, a special (non-11pm!) Weird Elephant film for Black History Month. But these words could easily apply to Black horror's role in cinema in general. It's been written about time and time again: Black filmmakers are part and parcel of the horror genre.


We begin with Jordan Peele's Us, which we sorely think should have been nominated for the Academy Awards (say it with us: Lupita Nyong'o got snubbed!).

[SPOILERS AHEAD!] On the ending, Peele said:

This movie’s about maybe the monster is you. It’s about us, looking at ourselves as individuals and as a group. The protagonist in the movie is the surrogate for the audience, so it felt like at the end of the day, I wasn’t doing my core theme any justice if I wasn’t revealing that we have been the bad guy in this movie. We’ve been following the villain. I say 'villain' lightly because I think there are many experiences of the film, and I think a lot of people go through a question of what is good and evil? Does that even exist? Both characters are lovable and terrifying, based on the lives they’ve led they’ve just sort of inverted the paths. (VICE)

On Saturday, February 8, we screen Candyman. In article "Why This Racially Charged Horror Movie Is Scarier Than Ever," Rolling Stones writes:

In a political climate where fear and stereotypes are tearing America’s psyche to shreds, Candyman is scarier than ever because it reveals how deftly we can damn each other. That’s genuinely terrifying no matter how many times you say it into a mirror. 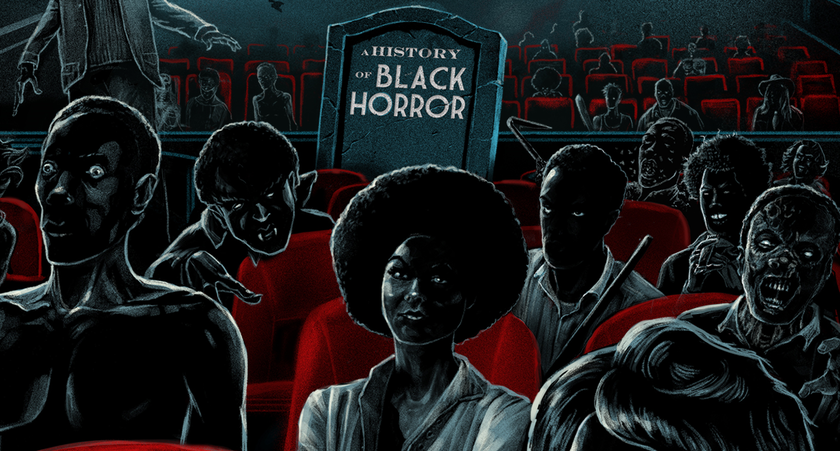 As mentioned above, Weird Ele brings a special mid-week film with Horror Noire. Delving into a century of genre films that by turns utilized, caricatured, exploited, sidelined, and finally embraced them, Horror Noire traces the untold history of Black Americans in Hollywood through their connection to the horror genre.

Through a mix of reasoned writing and IMPASSIONED CAPS LOCK, this editorial on Rotten Tomatoes argues "Why the 2011 Sci-Fi Sleeper Attack the Block Deserves Cult Status."

And here's what star John Boyega had to say about doing his own stunts:

[Director Joe Cornish] made it very comfortable and we also got some training. But saying that, I was sh**ing my pants. I didn’t know I’d be hanging from the block. It felt like God was giving me a big wedgy in mid-air and the Union Jack was keeping me level! They had a crane that was holding me in the air and I had to put my hand on the Union Jack. But you know those films where you can see a person isn’t really hanging from something? Joe didn’t want that. He said: 'Let John use his own strength as much as possible!' So, it was scary but cool. (IndieLondon)

Screens with short film Plz Don't Die directed by Tacoma Filmmaker Alex Alexander of LexScope Productions (another Tacoma Film Festival selection!), who will be in attendance.

Night of the Living Dead

At last, fans of George Romero's Night of the Living Dead can now experience the film on the big screen, deliciously restored in 4k. The director didn't mean to tackle race in the film, but he did anyway. And without it, we wouldn't have Jordan Peele's Get Out.

Theoretically, their racial perspective is the very skill that helps them. You could write an interesting essay about how the lead in Night of the Living Dead is a man living in fear every day, so this is a challenge he is more equipped to take on than the white women living in the house. Chris, in his racial paranoia, is onto something that he wouldn’t be if he was a white guy and there was a similar thing going on. (Vox)

Tales from the Hood

Weird Ele wraps up its Black History Month takeover with Tales from the Hood on February 29, a 1995 horror anthology we're sure many of you will remember from being a teen renting VHS tapes in the 90s. 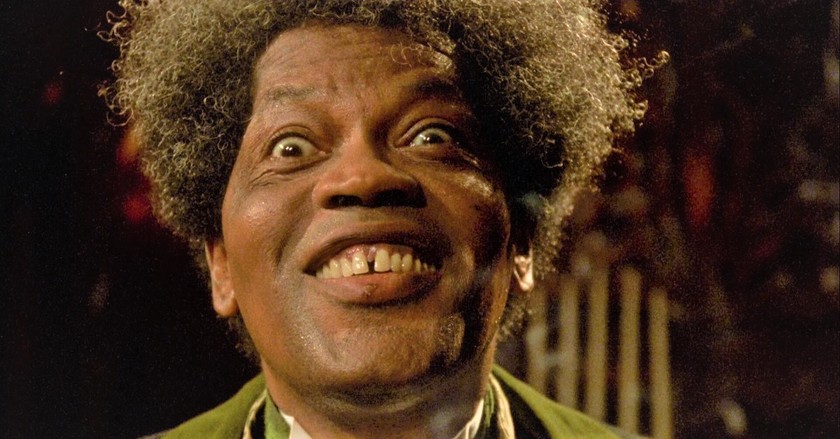 Director Rusty Cundieff on the film:

What we wanted to do with Tales from the Hood, and what we continue to do with it, is to deal with problems in the African-American community and showing how the scariest things that happen to you are the human things that happen to you. We wanted to use the supernatural as a redemptive element as opposed to the thing that you’re running away from. It’s the thing you’re cheering for. That’s what creates the entertainment value. You’re really happy to see things happen to people because they really deserve whatever comeuppance that they get. I don’t know that we set out to necessarily do something opposite from what 'Menace' or 'Boyz' was doing. I think it was just something that was inherent to the genre of horror films that we could take advantage of. (IndieWire)

HOW I JOINED THE ILLUMINATI BROTHERHOOD AFTER A LOT OF SCAMS Hello everyone my name is debby snowi am from USA i'm giving a testimony on how I joined the illuminati brotherhood, I was trying to join this organization for so many years now, I was scammed by fake agent in south Africa and Nigeria, I was down i could not feed my self and my family anymore and I tried to make money by all means but all in vain, I was afraid to contact any illuminati agent because they have eat my money, one day I came across a post of someone giving a testimony thanking a man called kelvin suleiman for helping him to join the illuminati brotherhood, then I looked at the man's email and the phone number that was written there, I was afraid to contact him because i was scammed a lot of times by scammers who ate over $4000 from me, and went away with the money then I was very confused so I decided to contact the person that was given the testimony and i message him and I communicated with him on phone before he started telling me his own story about when he wanted to join he told me everything to do, then I made up my mind and called the agent called Marcus dame and he told me everything to do and I was initiated, surprisingly I was given my membership benefit of being a new member of the great illuminati brotherhood I was so happy, for those of you trying to join this organization this is your opportunity for you to join. Message the Grandmaster on whatsApp for more information ‪+1 (313) 473-7873 Or you can send a direct text as well