Most people's memories of babysitters are good. Babysitters were nice: they played Legos with you; they let you pretend to be Donny and Marie and sing through your Sharp all-in-one stereo, where the little radio people lived. Sometimes they tried to make you take a nap.

But maybe you slept with one eye open, though. Never trust a babysitter, even if they are nice. 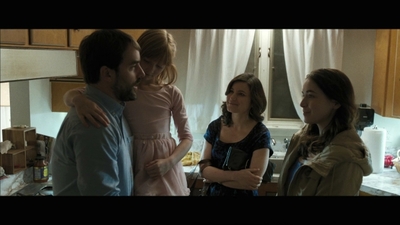 Sometimes they asked you to be very quiet while they transferred Blondie and Go-Gos albums from the record player to a small monophonic tape deck. No cables, they just aimed the speaker at the microphone on the little box. If you talked, it would go on the recording. I am sure there were some rude interruptions on those tapes. Sorry, babysitter and her friend!

The worst was when you got to be about 12 but still "needed" a babysitter. How insulting!

What's the big deal about sitting in a house by yourself or with a couple of other kids? You could be by yourself!

Okay, so maybe you made Rice Chex with Swiss Miss hot chocolate and it wasn't very good, so what? Maybe you threw crayons on the neighbor's roof until he came out and looked around, wondering what in the world was going on, and when you slammed the window shut, he totally knew it was you. Who cares!?

Maybe you stared at the wood paneling until scary, beast-like faces appeared and you thought you were going to die, and you wished you DID have a babysitter. And you probably were a baby that needed sitting, if you are being honest.

Being a babysitter was also fun (if you were not an evil person). It was good business. Parents showered you with easy money and free food, just dying for even one night out at Diamond Jim's or Barnaby's Beef, Bay, and Bottle.

What was in the avocado-colored fridge? Hmm, day old casserole and Jell-O. But maybe in the lazy susan kitchen cabinet...spin it around, look into the spiral (Anguish reference. Anybody?)...yes! Chips and cheese + microwave = nachos rule.

Then there was the night you watched a movie about babysitters by yourself after the kids were in bed.

Your friend told you to watch Halloween. This was really a mistake. You had to watch most of it through your fingers. You called your mom because in the suburbs there is no one to hear you scream. She said to calm down but you couldn't.

You definitely saw the front doorknob turn. You saw a face in the sliding glass door. Didn't you? You made it through and the parents came home, but Michael Myers was still out there. Was babysitting such a good career choice after all?

Good thing those kids had Jamie Lee Curtis to protect them. But what if a babysitter was a villain instead of a hero?

March's Weird Elephant selection highlights what can go wrong if parents do not carefully vet their babysitters. 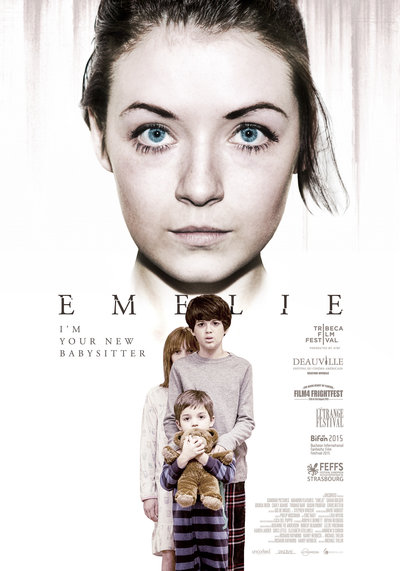 Emelie is a tautly scripted and suspenseful horror/thriller. It is a concise and somewhat Hitchcockian (yes, it's a word!) piece.

The film reminds the viewer of a devious cross between Michael Haneke's Funny Games and Hand that Rocks the Cradle (filmed in Tacoma. Never forget a claim to fame, people!).

Countering the modern trend toward over-gore and artificial jump scares, first time feature director Michael Thelin quickly builds and then sustains psychological tension between Emelie (breakout star Sarah Bolger - The Tudors, Once Upon a Time, In America) and her young charges.

Bolger plays Emelie with a vicious intelligence. Seeing children teetering at the edge of dark peril genuinely disturbs, especially if you are a parent.

We are also super excited to welcome Emelie Director Michael Thelin for an after-film Skype Q&A. We had two great sessions with the Southbound filmmakers last month and we learned all kinds of awesome things about the film! They were very funny, too.

Our friends at Odd Otter will be there to pour some special brews, so make sure to stop by the table shrouded in black cloth before hitting up the popcorn line. I've said it before and I'll say it again, stout, popcorn, and Ice Cream Social Butter Pecan is a sublime combo.

See you at Weird Elephant - file this one under spine chilling.

More babysitter madness from the vaults

Wade Neal In Theaters, Weird Elephant (0)Comments
Back to Blog