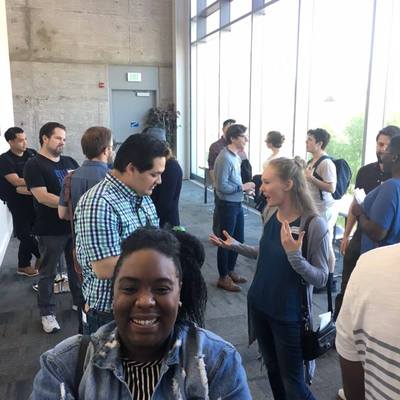 Our celebration of local filmmaking has begun!

32 film crews competing in our annual 72 hour competition started their journeys on April 25 (follow along on the hashtag #253seconds).

Their films will debut at the 253 Film Party May 10 and then, the very next day, we head to the University of Washington Tacoma to the 2nd annual 253 Film Summit.

Film in Tacoma partners with the UWT Film Club to present a free, day-long gathering at the University of Washington Tacoma campus for filmmakers, media professionals, and creative entrepreneurs who want to learn, connect, and create. 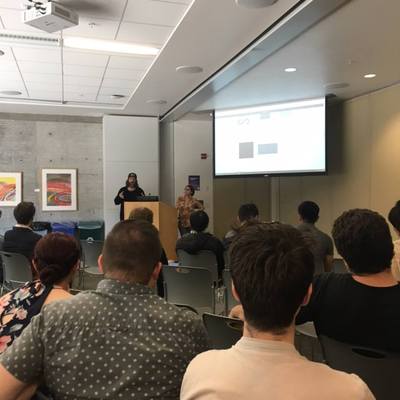 We look forward to the Summit's second year!

Following the annual 253 Film Party screening, this summit is a unique, extended opportunity for local filmmakers, emerging professionals, students, and those who participated in the 253 Film Competition to get to know one another, pitch ideas and projects, and plug in to the growing industry of media professionals and creatives in the South Sound.

We have five engaging sessions for our attendees to enjoy including a presentation from Washington Filmworks, a discussion about Tacoma Creates, and lunch with the Washington Lawyers for the Arts.

The 253 film Summit is delighted to host director Megan Griffiths as our special guest. We'll close out the conference with a Conversation with the Director hosted by local filmmaker and Grand Cinema board member Jamika Scott.

Don't miss this incredible opportunity to hear from an acclaimed, northwest based writer/director!

Megan Griffiths is a writer/director working in film and television. She has directed shows for HBO, TNT, and Netflix. Prior, she wrote and directed the thriller THE NIGHT STALKER, starring Lou Diamond Phillips as serial killer Richard Ramirez. Her film LUCKY THEM starring Toni Collette, Thomas Haden Church and Johnny Depp premiered at the Toronto International Film Festival and was distributed by IFC Films. Megan’s film EDEN, based on the true story of a young woman captured into the world of human trafficking, was a breakout at SXSW 2012, winning the Emergent Narrative Director Award, the Audience Award for Narrative Feature as well as a Special Jury Prize for lead actress Jamie Chung. Megan's feature THE OFF HOURS, distributed by Film Movement, premiered at the 2011 Sundance Film Festival.

She has produced several projects including Lynn Shelton’s YOUR SISTER’S SISTER and the Sundance comedy THE CATECHISM CATACLYSM. Megan was the recipient of the 2012 Stranger Genius Award for Film, was named the 2013 City Arts Film Artist of the Year, and received the 2015 Seattle Mayor’s Award for Film. She is the vice president of the board of the Northwest Film Forum and is an active advocate for sustainable production.

Megan's sixth feature film, SADIE, which stars Melanie Lynskey, John Gallagher Jr, Danielle Brooks and Tony Hale, and features breakout performances from its young stars Sophia Mitri Schloss and Keith L. Williams, premiered at the 2018 South by Southwest Film Festival and is now available via iTunes, Amazon, Vudu and on Videos on Demand through cable providers all over the country.

Megan writes about her experiences in the entertainment industry for her blog Thoughts on Film, and discusses recent releases for the film commentary site The Talkhouse.

Join Manager of Research & Education, Jess Fuselier, as she breaks down CDI's most current learnings and provides you with tools to optimize the distribution and marketing of your film. Jess will join us virtually and the workshop will be facilitated by summit organizer Katy Evans.

The Creative Distribution Initiative from The Sundance Institute helps independent storytellers build audiences and sustain careers through innovations in marketing, distribution, and data transparency and imagine a world without barriers between storytellers and their audiences. The Creative Distribution Initiative empowers filmmakers navigating the changing business of independent film.

Through online resources, live workshops, and a network of allied organizations, the program provides support and insights on creative funding, marketing, and distribution. For Institute alumni, the Creative Distribution Initiative offers a wide array of digital distribution opportunities, promotion and consultation for Kickstarter campaigns, and strategies for audience engagement.

i want to join illuminati occult for money ritual $$+2348123967905  Millions of people from all walks of life have committed themselves to the lord zozumuhah global work for the betterment of the human species. By foregoing all divisions of geographical, religious, or political beliefs, followers of zozumuhah strive to form a planet where all people, in all places, can live in abundance. Become part of something great. Transform to join the zozumuhah Network. Join us in building character & happiness! This is a real opportunity for you to become part of something really worth while,we at the zozumuhah we do not kill any of our members irrespective of the lies you watched in most of the nollywood movies. If our members are to be sacrificed for rituals we would'nt have come this long & keep to such a great number of members, yet zozumuhah occult is expanding on a daily basis with new members from far and near.Please do not be deceived nobody would want your success if you fail to plan for yourself. All our members can marry & have children if they wishes to. Initiation is opened for both gender of between the ages of 24 years & above and its free of charge,no fee,no registration.To become a member you must come to our high temple in person,but in the situation where one can't come personally we can arrange Astral projection for you,astral travel is the invocation of your spirit man at night to our temple in Nigeria, Africa. Hence nothing goes for nothing,you shall exchange your soul for wealth,power & whatever you want.While coming bring the following items for your purification and rebirth. Before you will be accepted into the organization you will be asked to submit your full names, age etc. for evaluation and prognostication it's when you are accepted that an invitation will be issued to you please not that without invitation you won't be allowed into the temple this is for security reasons. If your reason of joining the brotherhood is for riches mind you we do not invoke money,what we do is after your initiation the members will contribute among themselves and give to you,this money is normally given  depending on what the have agreed. Its  nonrefundable as you too will donate to anybody who comes after you. For initiation rites and other spiritual related issues come in person to our temple: WE ARE HERE TO MAKE LIFE EQUAL FOR BOTH THE POOR AND THE RICH..... Why do you have to suffer so much to achieve in life?the world wasn't meant to be so,why do you allow poverty,hardship,sickness,hatred,unemployment & bad luck to take charge upon you?Life is the great indulgence-death,the great abstinence.Therefore,make the most of life-HERE AND NOW! There is now heaven of glory bright,and no hell where sinners roast.Here and now is our day of torment!Here and now is our day of joy!Here and now is our opportunity!choose ye thi day,this hour,for no redeemer liveth! Say unto thine own heart,

I AM LUCAS NASHVILLE, I AM PROUD TO TESTIFY ABOUT JOINING THE NEW WORLD ORDER. I JUST RECENTLY JOINED THE ORGANIZATION FROM SEYCHELLES AND I LIVE IN THE BAHAMAS NOW. PLEASE BEWARE!!! OF SO MANY FAKE POSTS ON HOW TO JOIN ILLUMINATI, I WAS SCAMMED SEVERAL TIMES TRYING TO JOIN THE ORGANIZATION. THE FAKE PEOPLE PROMISED ME MONEY, A CAR, AND A HOUSE BUT IT WAS ALL LIES. I LOST OVER €3500 UNTIL I FOUND A GENUINE WAY TO JOIN EASILY WITH THE HELP OF THE CITIZEN RECRUIT DEPARTMENT 666. AFTER JOINING THE NEW WORLD ORDER, I RECEIVED MY FIRST MONEY REWARD WHICH AMOUNTED TO €100,000 AFTER GOING THROUGH THE ILLUMINATI LOYALTY PROOF TEST WHICH I CAN EASILY SAY WAS SIMPLE AND WELL DONE. PLEASE BEWARE OF SO MANY FAKE POSTS ONLINE. Contact the genuine citizen outreach Department by email citizenrecruitdepartment666@gmail.com WhatsApp or send a text to the recruiting Department here: +1 (647) 800-8405