Documentary films from the Pacific Northwest. Filmmakers in attendance with a post-screening q/a. 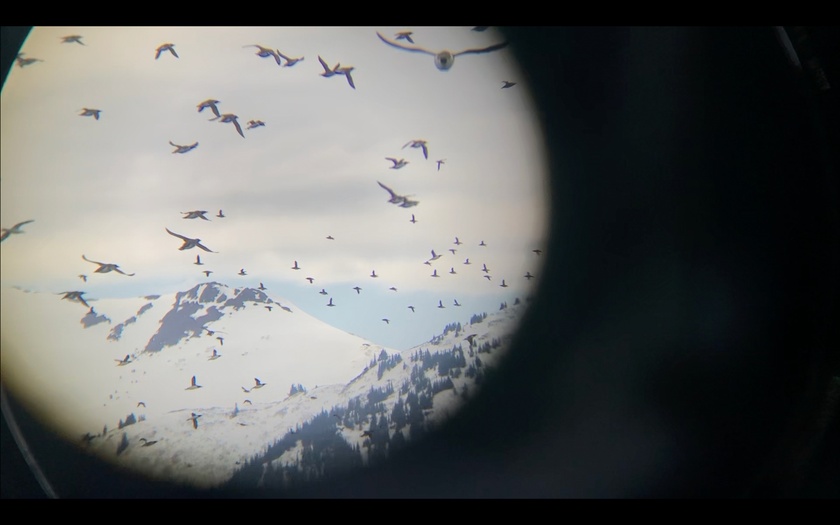 Cedar Rose | US | 8 | Kersti Jan Werdal | Cedar Rose is a short film essay about the lost language and land of the Native Duwamish people in the Pacific Northwest.

Ode to the Seabird | US | 8 | Bridget Irish | A brief sea odyssey featuring scores of birds soaring amidst snowy mountains and puffins bobbing atop the choppy waters of an Alaskan bay in spring.

Now Is the Time | Canada (Haida Gwaii, B.C.) | 16 | Christopher Aucher | In August 1969, when internationally renowned Haida carver Robert Davidson was only 22 years old, he carved the first new totem pole on British Columbia’s Haida Gwaii in almost a century. An event that would signal a rebirth of the Haida spirit, Haida filmmaker Christophe Auchter revisits this history on the 50th anniversary of this event.

Aquí | US | 4 | Melina Kiyomi Coumas | Aquí is an experimental 16mm short film exploring what home means to a multicultural young woman living in Oregon. (In Spanish with English subtitles)

Film Tattoo | US | 4 | Caryn Cline | For this film, I scratched 16mm black leader between two garden stones, filled its frames with garden plants, and animated them on an optical printer. - Caryn Cline

Katie Dean: Printmaker | US | 4 | Donovan Wilson | An intimate look into the work and artistic process of Katie Dean in her printmaking studio located in Tacoma, Washington USA.

Coffee & Sugar | US | 8 | Andy Volk | In conversation with her grandson, 93-year-old Carol goes on an animated journey through her 62 year marriage, exploring memories of love that transcend time.

Where Should We Go | Clark | 12 | Producer: Dru Holley Director che O'Grady | Where Should We Go? is the first in a series of films about the Abina neighborhood, a historic center of Black life in Portland, Oregon. Decades- long urban renewal, rooted in racist policies, destroyed houses, churches, and schools in favor of freeways and sports venues and displaced thousands of residents who never returned. This painful displacement tore apart Black residents’ cultural home, squashed their sense of place and connection, and Black families were prevented from building generational wealth. With the impact of those actions still being felt today, the film features conversations with legendary Black Portland leaders, residents, and academics to explore the questions “Where can we (the Black community)  go that is safe from racism and police brutality? Where can we live without eventually getting pushed out of our neighborhoods?”