Comedy short films from the Pacific Northwest. Filmmakers in attendance with a post-screening q/a. 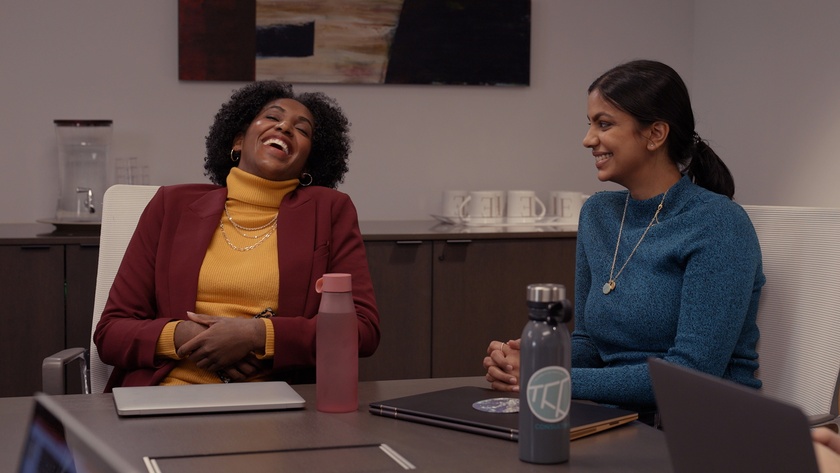 Milk Dreams | United States | 6 | David Over |
Socially anxious Mack operates a craft milk bar out of his garage. His world unravels when the city's health department drops by for an inspection.

Two Beers | United States | 6 | Zach Robinson |
Two lifelong friends, Graham and Adrian, have secret feelings for each other. These feelings are brought boiling to the surface when they are trapped in a room with a bomb.

A Weekend on Foxes Island | United States | 10 | Aiwei Wu, Ray Cao |
A couple wins the grand prize for a logo design competition and goes for a `free` vacation on a secluded island. When they get off the island, something ominous hangs in the air...

Scam Likely | United States | 7 | Collin Insley |
When a man answers a phone call from an unknown number with the intention of messing with the probable scammer, he quickly finds himself in over his head.

Manure & Milk | United States | 3 | Evan Gutt |
Over dinner, a young woman has a sudden burst of courage to speak honestly about the distance she's been feeling in her relationship.

Reckless Spirits | United States | 12 | Vee Hua |
A gender-fluid Latine performance artist and a neurotic Asian American therapist are led by a series of uncanny circumstances into a world of chakras, spirits, and cult leader fanaticism.

Banana Palace | United States | 5 | Austin Milner |
When two sign-holders find that their usual advertising street corner is taken by another rival sign-holder from the same company, a retailer called Banana Palace, they devise a plan to get rid of him..also they're in uniform..and their uniform is Banana Suits.

Well Actually | United States | 9 | Vlada Knowlton |
A Black woman software engineer deals with microaggressions from her male colleagues during a team meeting. This isn't the first time she's been constantly interrupted and had her ideas stolen. But this time is different...

Roomies | United States | 5 | Kristine Ponten, Blake Rizzo |
Katie, a young woman with a baking blog, invites a documentary crew to advertise and hopefully gain more followers from the exposure. Her roommate, Ralph, is less than thrilled to have them there. As the documentary crew follows Katie, they discover a secret Ralph has been trying to keep from her.