people get ready (the train's not coming) 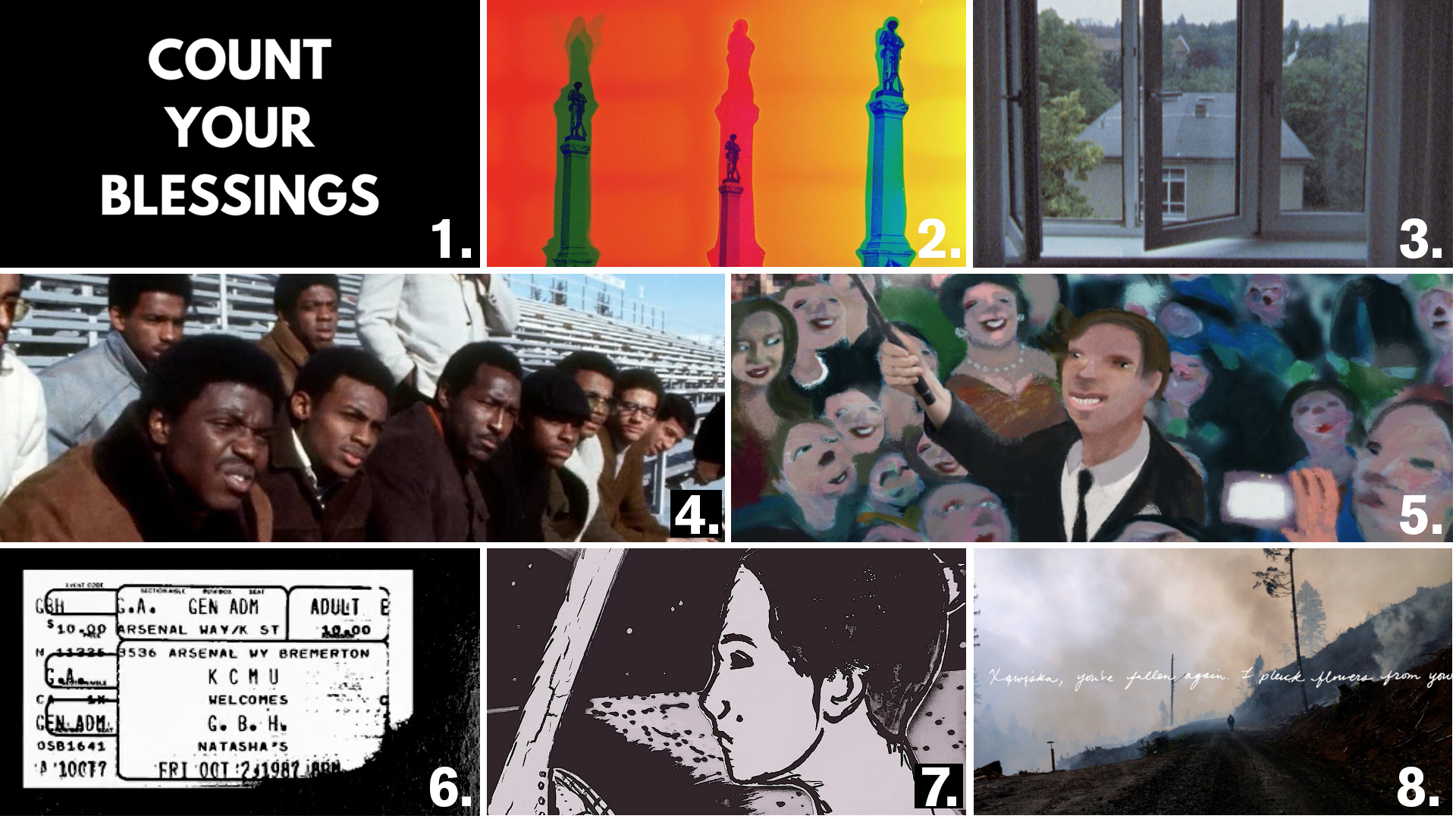 US | 2018 | Pacific NW | 3 min
Kamari Bright
An animated video poem dissecting the detriments of respectability politics. US Premiere. Filmmaker will be in attendance.

US | 2019 | 12 min | Sabine Gruffat
A filmic day of reckoning for the Old Confederate South. What is up must come down, like the confederate soldier monuments standing in court house squares. At long last, a grand inversion! Solarized film makes positives bleed into negatives. The South is renewed.

This film documents the cultural divide in North Carolina regarding Civil War commemoration. Southern identity continues to be bound up in the legacy of the Civil War; in the context of the divisive Trump presidency and the increasing visibility of white supremacist activism, these memorials have become sites of conflicting politics and historical narratives. Historians agree that a majority of confederate statues were erected as propaganda tools legitimizing racism in the era of Jim Crow laws. For example, “Silent Sam”, a statue depicted in the film, was erected in the center square of the flagship University of North Carolina campus. In an act of civil disobedience, students and protestors tore down the statue in a statement against white supremacist oppression.

3. I Signed the Petition

UK/Germany/Switzerland | 2018 | 10 min | Mahdi Fleifel
Immediately after a Palestinian man signs an online petition, he is thrown into a panic-inducing spiral of self doubt. Over the course of a conversation with an understanding friend, he analyzes, deconstructs, and interprets the meaning of his choice to publicly support the cultural boycott of Israel. WA State Premiere

US | 2018 | 15 min
Darius Clark Monroe
An archival social study examining white pathology and cognitive dissonance via media coverage of a 1969 racial protest at the University of Wyoming.

Switzerland | 2018 | 4 min
Claudius Gentinetta
In a veritable firework display of digital self-portraits, hundreds of quaint, embarrassing, and disturbing selfies are arranged in a short film composition. Single photos, artistically reworked, consolidate to form a ghastly grin that outshines the abyss of human existence.

US | 2018 | Pacific NW | 8 min
Chris Looney
Members of Seattle punk rock bands The Accused and Dehumanizers recall the time a hundred or so punk rockers rioted aboard the Kitsap Ferry during the hour-long boat ride from Bremerton to Seattle after a wild hardcore show at Natasha's all-ages club. Filmmaker will be in attendance.

7. Moon Above The Raging Sea

Australia | 2019 | 5 min
Steven Jerram
Late one night, a 17-year-old girl flies from Yugoslavia to Italy in a tiny, homemade airplane. The film is both a lo-fi, abstract, painted dream, and a first-person retelling of the 1991 Skabrnja massacre. WA State Premiere

US | 2018 | 11 min | Sky Hopinka
Told through recollections of youth, learning, lore, and departure, this is an imagined myth for the Indian Pipe Plant—used by the Ho-Chunk to revive those who have fainted. WA State Premiere