My Mother Was Here


Donna is 84-years old. She lives alone on the property she’s owned for over half a century in rural Washington State, with a mobile home and a house that are both cluttered with junk. She exists on a school bus driver’s pension, social security, and Medicare. She’s never had a credit card, never voted, and never flown on an airplane. Quietly stubborn, she is estranged from all surviving members of her family, except for one–her son, the filmmaker–who rarely visits her. When her health begins to fail, she calls on him. Filmmaker will be in attendance.

Plays with the short films, After the Fire. 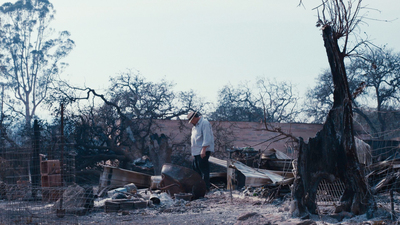 US | 2018 | 18 min | Derek Knowles, Spencer Seibert
After the Fire follows residents of Sonoma Valley as they struggle to find their places in a community that has been reshaped overnight by the historic Northern California wildfires. It is an intimate look at what they’ve lost, what they’ve gained, and what happens next, after the fire. WA State Premiere. Filmmaker will be in attendance.