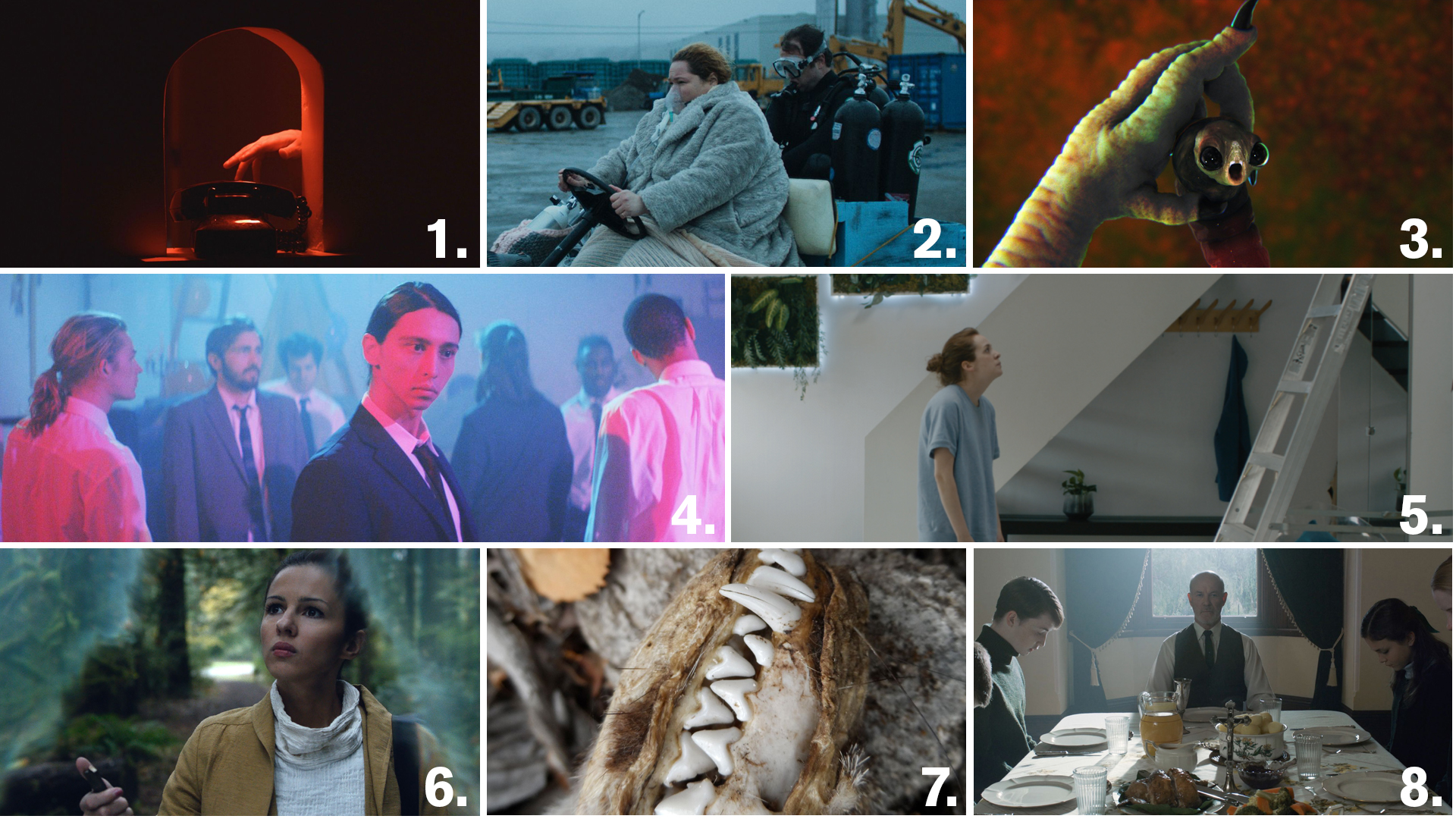 1. Problems On The Line

US | 2018 | 5 min | Philip Rabalais
An unnamed protagonist makes a series of unsettling and unsuccessful phone calls. He is met with silence, noise, and nonsense. Finally, in desperation he dials the authorities, only to find himself confronted with the worst possible outcome. West Coast Premiere

2. La couleur de tes lèvres (the color of your lips)

Canada | 2018 | 17 min | Annick Blanc
In an atmosphere grown suddenly impossible to breathe, a diver and a woman appear to be the only survivors. As their reserves of air run out, will they make love or war? WA State Premiere

US | 2018 | 3 min | Dongjun Kim
Fun to Cook “World’s Best Food” is an experimental film that explores extraterrestrial cuisine. It investigates qualities of Otherness in relation with how humans connect with food. Cooking is not only a method of survival but it contains and reveals mankind’s identity through culture and history. The film uses various techniques such as, mold casting, compositing, live action, and 3D animation. US Premiere. Filmmaker will be in attendance.

Canada | 2018 | 10 min | Zachary Russell
A woman recording a video in her apartment is interrupted by a maintenance worker and forced into a precarious situation. WA State Premiere

US | 2018 | 22 min | Nicole Perlman
In an enlightened future where humans no longer need to procreate, one woman risks her life to investigate the mystery of motherhood. WA State Premiere

Austria/Germany/Mexico | 2018 | 7 min | Nikki Schuster
Organic textures found in nature of Mexico are captured frame by frame in macroscopic view. The sequences are morphed into each other, while the textures begin to transform and become alive. The view is passing over root plants, fur, feathers, bones and diverse animal cadavers. Process of decay and rottenness characterize the passing-by biotope. animistica is an experimental animation film about nature and death at the edge of liveliness and deadness. WA State Premiere

Australia | 2019 | 14 min | Robert Linsley
For the Devlin family God is everything. When their eldest daughter disappears from their remote farm, the local cop sent to investigate is disturbed by what he uncovers.