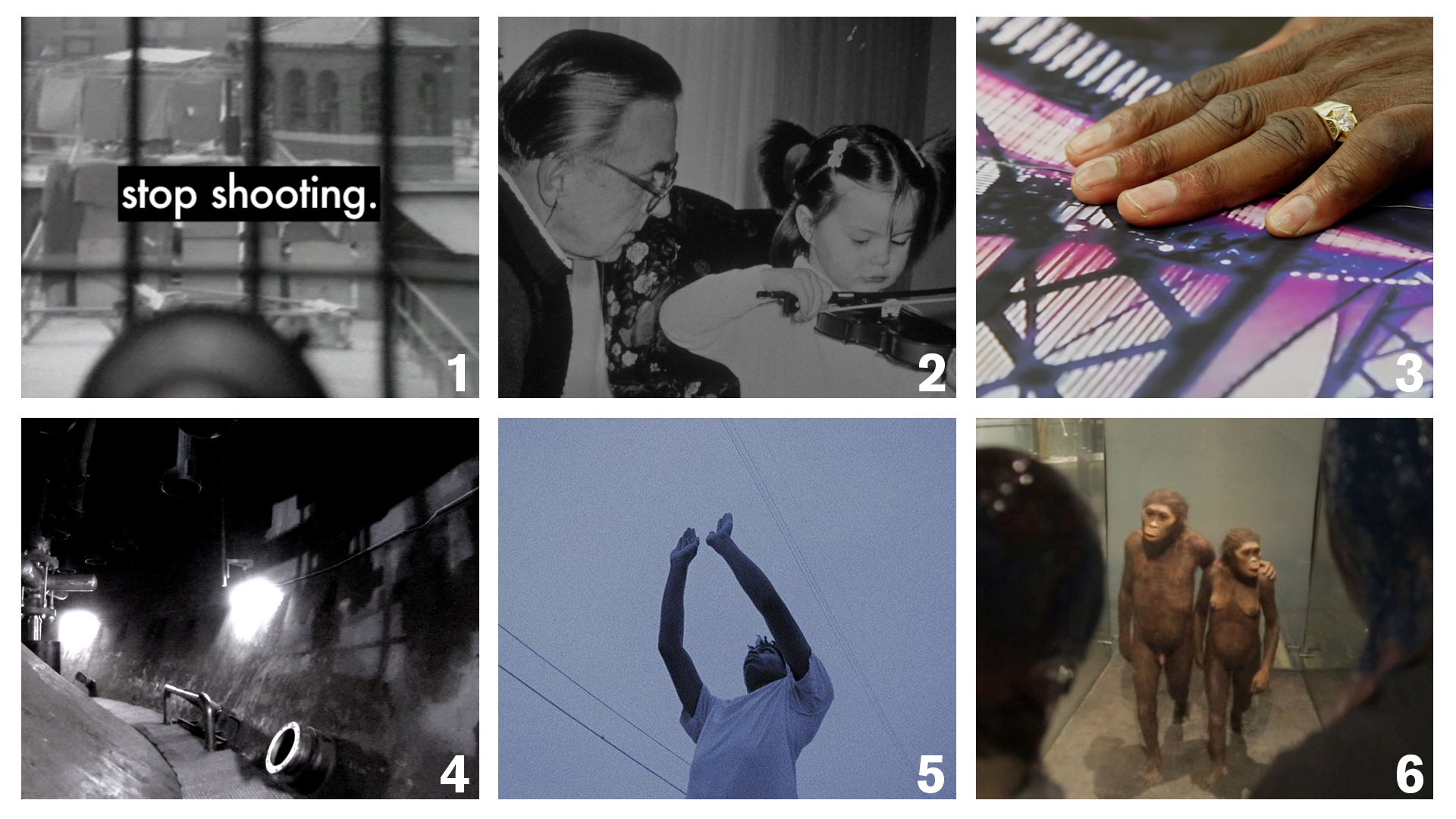 Six documentary and fictional films depicting UFO sightings in Ohio; the 1971 Attica prison uprising; the search for a rare audio recording from the early 1900s; an obituary for a nuclear power plant; the creation of a visual archive celebrating the black community; and the repatriation of the “Ancient One” who was found in Kennewick, Washington.

2. Veslemøy’s Song
US | 9 MIN | 2018 | Sofia Bohdanowicz
Audrey Benac delves into the archives of the New York Public Library in search of a rare 1909 recording, Veslemøy’s Song. Shot on handprocessed black and white 16mm, the film investigates the faded legacy of the once celebrated Canadian musician, Kathleen Parlow. West Coast Premiere

3. GIVE
US | 16 MIN | David De Rozas
GIVE explores collective representations of history, memory, and culture, where pasts, presents, and futures are molded by the blending of imagination, facts, and love. WA State Premiere

6. The Violence of a Civilization without Secrets
US | 10 MIN | 2017 | Adam Khalil, Zack Khalil, Jackson Polys
An urgent reflection on indigenous sovereignty, the undead violence of museum archives, and postmortem justice through the case of the “Kennewick Man,” a prehistoric Paleo-American man whose remains were found in Kennewick, Washington in 1996. Adam Khalil will be in attendance. WA State Premiere