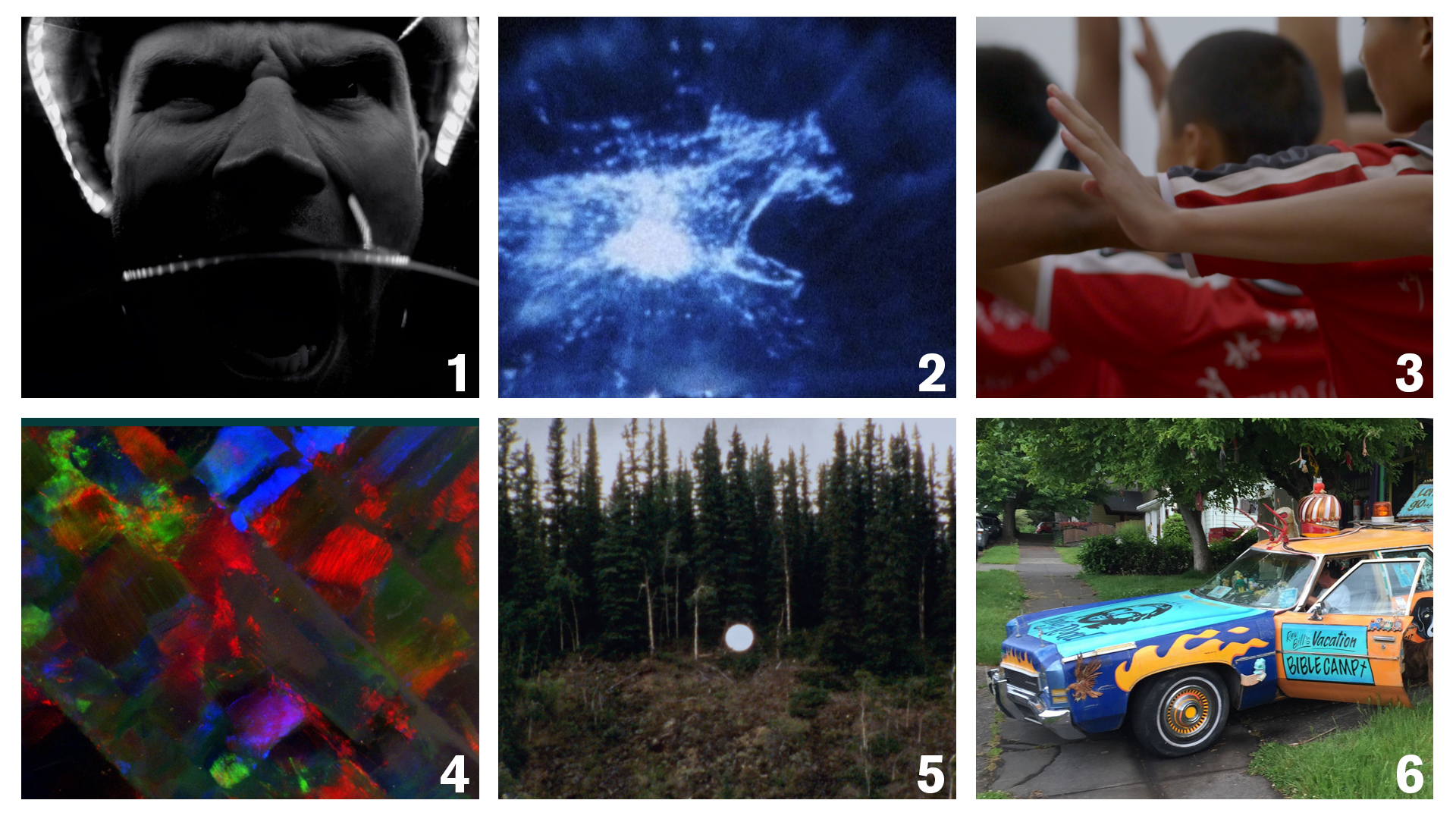 1. Information Superhighway
US | 11 MIN | 2017 | Mathew Nelson
A man participates in an experiment to test artificial intelligence in driverless cars. Filmmaker will be in attendance. WA State Premiere

Film is made out of gelatin that comes from horses. They’re waiting to be slaughtered, so that pictures can be made. Many years ago we learned the language of our masters. Though we couldn’t help wondering why so few of you bothered to learn ours. Three scenes featuring horses, remembering Jacinto. The first is a daytime forest haunting that winds up at a carousel, the second a rainy street in Portugal, the finale a nighttime vigil of fire and water. WA State Premiere

3. Practice
CHINA, US | 10 MIN | 2018 | Iyabo Kwayana
Filmed near the Shaolin temple in Henan, China, Practice is visual metaphor that moves from the mundane realm of arduous and repetitious rehearsal to the fantastic fulfillment that comes as a result. WA State Premiere

4. Silica
UK | 23 MIN | 2017 | Pia Borg
An unseen location scout explores an opal mining town in South Australia in Pia Borg’s sci-fi-laced essay film, which finds in this semideserted region both the traces of indigenous culture and remnants of cinema history.

6. Thou Shall Not Tailgate
US | 25 MIN | Greg Hamilton
A cross between a collector, provocateur and outsider artist, the Reverend Charles “Chuck” Linville stands in odd contrast to the world around him. Thou Shall Not Tailgate pokes fun at art, religion and politics, while following Linville as he lives on his own terms. Filmmaker will be in attendance. WA State Premiere