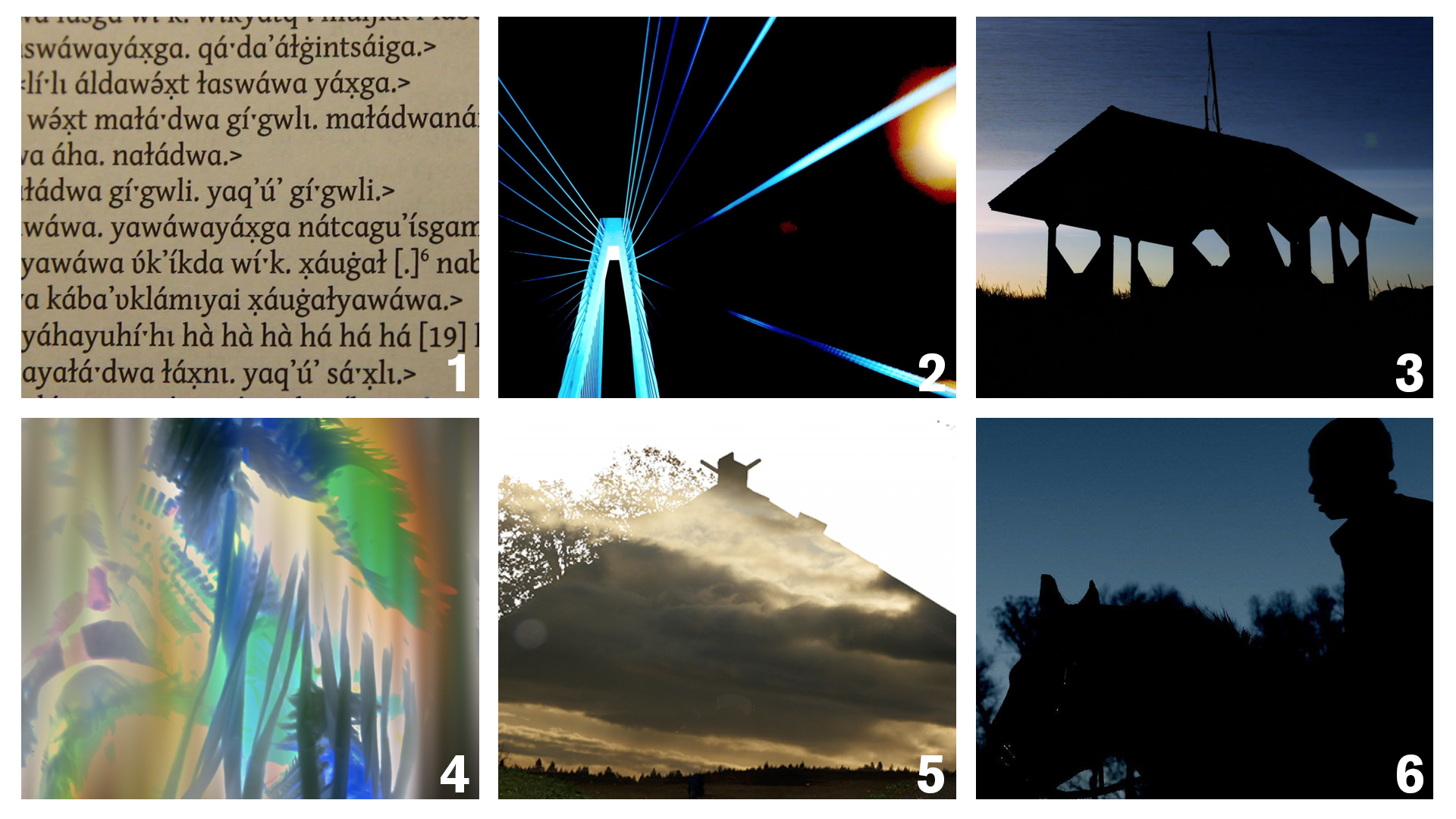 One of the most compelling moving-image artists to emerge this decade, Sky Hopinka presents his work which centers around personal positions of Indigenous homeland and landscape, designs of language as containers of culture, and the play between the known and the unknowable.  Special Jury Presentation

1. Wawa
6 MIN | 2014
Featuring speakers of chinuk wawa, an Indigenous language from the Pacific Northwest, Wawa begins slowly, patterning various forms of documentary and ethnography. Then, the patterns tangle, becoming confused and commingled, while translating and transmuting ideas of cultural identity, language, and history.

2. Jáaji Approx.
7 MIN | 2015
Logging and approximating a relationship between audio recordings of my father and videos gathered of the landscapes we have both separately traversed. The initial distance between the logger and the recordings, of recollections and of songs, new and traditional, narrows while the images become an expanding semblance of filial affect.

3. Visions of an Island
15 MIN | 2016
An Unangam Tunuu elder describes cliffs and summits, drifting birds, and deserted shores. A group of students and teachers play and invent games revitalizing their language. A visitor wanders in a quixotic chronicling of earthly and supernal terrain. These visions offer
glimpses of an island in the center of the Bering Sea.

4. I'll Remember You as You Were, not as What You'll Become
12 MIN | 2016
An elegy to poet Diane Burns on the shapes of mortality and being, and the forms the transcendent spirit takes while descending upon landscapes of life and death.

5. Anti-Objects, or Space Without Path or Boundary
13 MIN | 2017
Images and representations of two structures in the Portland Metropolitan Area that have direct and complicated connections to the Chinookan people who inhabit(ed) the land are woven with audio tapes of one of the last speakers of the Chinookan creole, chinuk wawa.

6. Dislocation Blues
17 MIN | 2017
An incomplete and imperfect portrait of reflections from Standing Rock. Cleo Keahna recounts his experiences entering, being at, and leaving the camp and the difficulties and the reluctance in looking back with a clear and critical eye. Terry Running Wild describes what his camp is like, and what he hopes it will become.