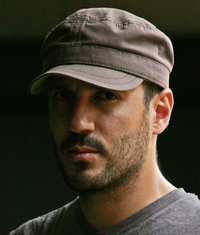 Tacoma Film Festival is excited to welcome back Juan Pablo González (TFF 2015) who will present a program of three of his short films. His short fictional film, La Espera (The Wait) is presented with the documentary The Solitude of Memory and his most recent film Las Nubes. Named one of Filmmaker Magazine 25 Faces of Independent Film in 2015, Juan Pablo González’s films have screened widely at festivals including True/False, IFF Rotterdam, Ambulante, Documenta Madrid, Cannes, Locarno, IDFA, Edinburgh, Slamdance, Morelia, Full Frame, and SXSW. He resides in Mexico and Los Angeles. Special Jury Presentation

2. Por Qué el Recuerdo? (The Solitude of Memory)
US, MEXICO | 20 MIN | DOCUMENTARY | 2014
Through a metaphorical dialogue between formal aspects and characters, The Solitude of Memory elicits a profound meditation on memory and grief. José’s son, Nando, has committed suicide and José repeatedly runs through the final words that he spoke to him. José continues his life without his son, keeping him alive through remembrance in this personal and poetic film.

3. Las Nubes
MEXICO | 21 MIN | DOCUMENTARY | 2017
In the rural Mexican town of Las Nubes, an anonymous rancher recounts how the local cartel terrorized his life and made it too dangerous to see his daughter.