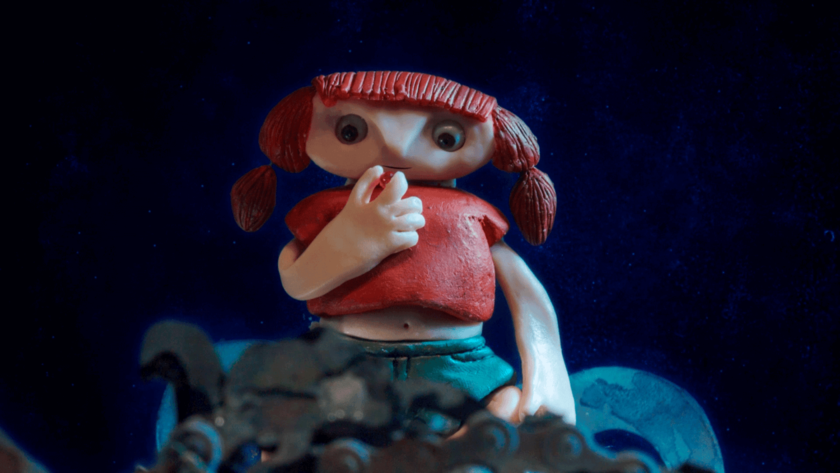 Challenging expectations and reflecting growth and resilience, NYICFF Kid Flicks Two is a fantastic trip on the road to growing up. Surprises in a dumpling bring good luck, and many reflections, in the beautiful stop motion animation The Coin. In The One You Never Forget, a young teen tries to keep his first date under wraps, but his parents have other ideas. In Home Away 3000, a space traveller’s funky space van konks out on an unknown planet with plenty of surprises.

Wash Day | Canada | 2 | Jaida Salmon | Join Zoey as she goes through her weekly grueling routine of washing and styling her hair.

Shy & Ketchup | Chile | 4 | Teresa Romo | Hunger or craving, a shy girl has to push beyond her comfort zone to fulfill her need in this hilarious film.

The Butterfly Affect | US | 5 | Stephanie Blakey | Before “the change,” Jesse didn’t think she was any different from her friends. Now she’s a young worm trying to find her place in a butterfly’s world.

Home Away 3000 | France | 11 | Héloïse Pétel & Philippe Baranzini | After crashing on an unknown planet, a space traveller begins to repair his spaceship. Little does he know the surprises that await him.

The One You Never Forget | US | 8 | Morgan Jon Fox | A 14-year-old excitedly prepares for his first dance, but will his date live up to his parents’ expectations?

3feet | Colombia | 14 | Giselle Geney | Get your (soccer) kicks on the way to school with Gonzalo as he hilariously tries his very best to keep things clean and stay in the game.

Eaten | Iran | 7 | Mohsen Rezapour | On a mysterious, unknown planet, a rabbit-like creature is eaten, but that’s just the beginning of the story.