Due to increased demand, we have added a 9:30 pm screening of BOOM. This screening is a film only, DOES NOT INCLUDE filmmaker Q&A or Closing Night Party.

TICKETS FOR THE CLOSING NIGHT PARTY are currently sold out.

BOOM tells the untold story of one of rock 'n' roll's wildest and most influential bands, The Sonics. For the first time ever, all five original members of the band tell the story of how it all went down, beginning to end. 'Boom' takes a deep dive, exploring how a relatively unknown band from the Pacific Northwest became a worldwide phenomenon 50-years after their heyday, and in doing so, shaped music for decades to come (whether it was apparent at the time or not). Featuring interviews with homegrown heroes and breakthrough artists alike, Pearl Jam, The Sex Pistols, Heart, Mudhoney, and many, many more. US Premiere 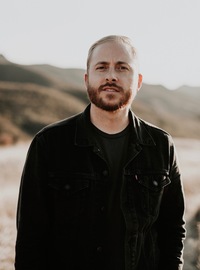 Don’t miss the TFF Closing Night festivities! Watch the US Premiere of the documentary BOOM with the original members of the Sonics and the film’s director. Find out who wins this year’s Audience Choice Awards at an after party with refreshments, no host bar, music, mini Sonics museum, and a garage rock DJ. Enjoy a post film discussion with original members of THE SONICS! Catering provided by Red Star Taco Bar.

Director Jordan Albertsen and original band members will be in attendance.