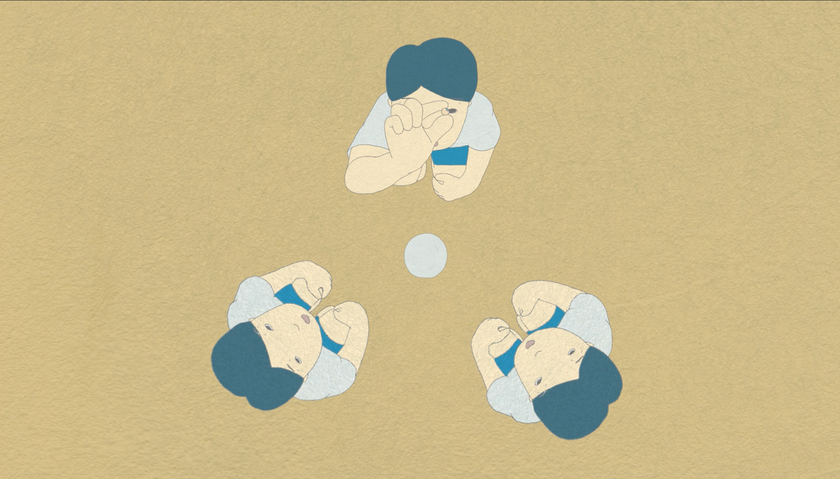 No Leaders Please | United States | 3 | Joan C. Gratz |
No Leaders Please is based on a poem by Charles Bukowski. Paintings inspired by Basquiat, Banksy, Haring and A Weiwei represent the theme of invention and reinvention.

Downfall | Lebanon | 3 | rona fayad |
Enya's journey trying to make it as a dancer is hindered as her behaviors drag her downhill.

fulcrum | United States | 9 | Timothy David Orme | Rowing through space, self, and consciousness, the math of the universe unfolds.

Phase II | United States | 7 | Kelly Sears | In the near future, real estate developers deploy sonic weapons used at protests to clear neighborhoods for high-end high rises. On the front lines are sound medics that tend to those injured by the assaults. As they respond, one member of the team documents the incidents to create a future archive for other sonic activists.

Pieceful day | France | 6 | Gabrielle Mouret | Someone wakes up somewhere and is carried away by his daily life.

Eyes and Horns | Germany, Korea, United States | 6 | Chaerin Im | Inspired by Picasso's 'Vollard Suite', the transformation of the over masculine Minotaur leads to the destruction of boundaries of sexes.

The Fourfold | Canada, Germany | 7 | Alisi Telengut | Steadily narrated by the director's grandmother, The Fourfold imbues an indigenous worldview and wisdom based on the ancient shamanic rituals and animistic beliefs in Mongolia and Siberia.

What a Wonderful Prayer | Japan | 7 | Kannosuke Enomoto | Who are you praying to and how are you praying to them? Just because you are alive, you are probably unconsciously praying for "life". This work was created by considering the relationship between prayer and hand-clasping movements from various directions.

7LBS 8OZ | United States | 7 | Yoo Lee | When a young mother moves into a Jersey City neighborhood full of long-time residents, her preconceptions are challenged by a new neighbor who shows her the value of community.