Due to a shooting conflict, actor John Carroll Lynch is unable to join us via skype for Friday's screening of The Invitation. The good news is that actor Logan Marshall-Green will be joining us via skype instead!

Besides starring in The Invitation, Logan Marshall-Green's acting work includes the films Madame Bovary (2014), Prometheus (2012), Across the Universe (2007), and extensive work for TV including 24 and The O.C. Come on down to Weird Elephant and bring your burning questions for this remarkable actor.

In this taut psychological thriller by Karyn Kusama (Girlfight, Jennifer's Body), the tension is palpable when Will (Logan Marshall-Green, Prometheus) shows up to his ex-wife Eden (Tammy Blanchard, Into the Woods) and new husband, David's (Michiel Huisman, Game of Thrones) dinner party.

The pair's tragic past haunts an equally spooky present: Amid Eden's suspicious behavior and her mysterious house guests, Will becomes convinced that his invitation was extended with a hidden agenda. Unfolding over one dark evening in the Hollywood Hills, The Invitation blurs layers of mounting paranoia, mystery, and horror until both Will-and the audience-are unsure what threats are real or imagined.

Read more about our Weird Elephant series here, watch the trailer for THE INVITATION here. 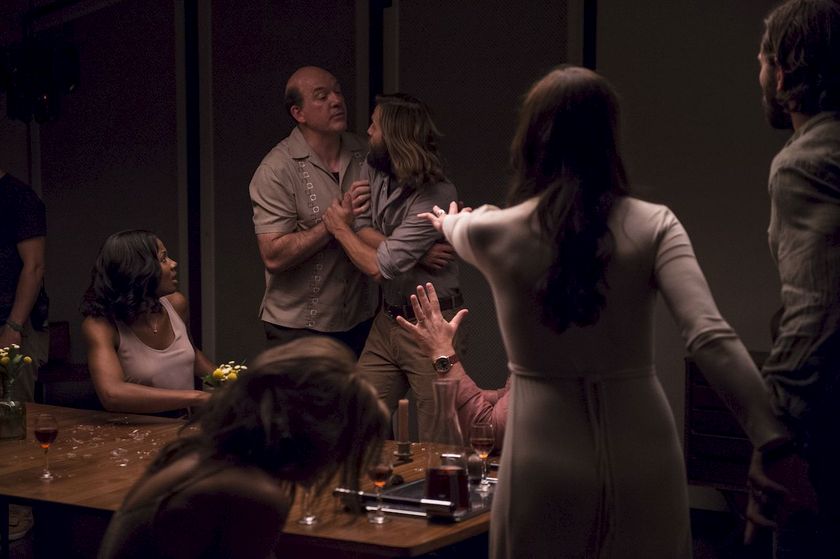