Up on the Mountain - Science on Screen Presentation

Science On Screen at the Tacoma Film Festival makes a comeback this year with a presentation by educator & past president of the Puget Sound Mycological Society, Marian Maxwell, paired with Olivier Matthon's documentary, Up On the Mountain. The presentation, titled "The Role of Fungi in the Ecosystem" will begin at 10:45am, with the film beginning immediately after at 11:00am.

The Role of Fungi in the Ecosystem - Fungi fulfill a very important role in our ecosystem. Marian Maxwell, a past president of the Puget Sound Mycological Society, the largest mushroom society in the US, would like to help you develop an appreciation for and an understanding of fungi and specifically what it is that they do for us. She will briefly describe their ecological roles in our environment. 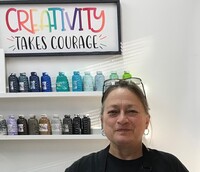 More about Marian: Marian Maxwell studied Mycology under the renowned Dr. Daniel Stuntz and received a Bachelor of Science degree from the University of Washington. She was President of the Puget Sound Mycological Society from 2010-2015, is currently a Board of Trustees Member, the Outreach Chairperson and has served as an identifier, educator and was the annual show scientific display chairperson for over 40 years. She is very passionate about sharing how to hunt mushrooms safely as well as educating people about the role that fungi serve in our ecosystem.

For more information on the film itself, please click here.
© 2022 . All rights reserved. Site Designed by SiteCrafting.