This is the End: How Movies Prepared Us for the Apocalypse

Great city streets emptied of people; a population panicked; misinformation in the air. If some of our experiences during the COVID-19 pandemic seemed familiar, it might be because the movies already imagined them. Whether the cause is environmental factors (The Day After Tomorrow, Snowpiercer, Contagion), nuclear disaster (On the Beach), or unexplained doomsday (Midnight Sky, Children of Men), film has explored what it looks like when the “Big One” hits—and how we might react. In this talk illustrated with clips, Robert Horton looks at the eerie imagery of apocalyptic movies, and how these films foreshadowed our responses during the pandemic: the extremes of divisiveness and community-building, the loneliness of isolation, and the tantalizing possibility of starting over again—but maybe doing it better this time. 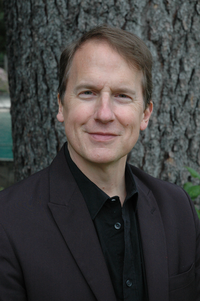 Robert Horton is a member of the National Society of Film Critics and “Historian-Programmer in Residence” at the nonprofit Scarecrow Video Project, where he leads the online Scarecrow Academy discussion series. For many years he was film critic for Seattle Weekly, the Everett Herald, and KUOW, and a regular contributor to Film Comment. He has been a Fulbright Specialist (Romania, 2016); adjunct professor at Seattle University and the Seattle Film Institute; instructor at the Architectural Association in London; president of the Seattle Film Society; and a speaker with Smithsonian Journeys. He is currently on the Humanities Washington Speakers Bureau roster through 2023.

As a member of FIPRESCI (International Society of Film Critics) he has recently served on film festival juries in Odessa, Ljubljana, Seattle, Mannheim-Heidelberg, Hong Kong, Indianapolis, and Berlin, where he was jury president. His film books include Frankenstein (Columbia University Press) and Billy Wilder: Interviews (U. Press of Mississippi). His work is linked at the website The Crop Duster (roberthorton.wordpress.com). Twitter: @citizenhorton.