Join us on Tuesday, April 5th following the 7:15PM screening of The Torch for a post-film discussion led by Rev. Dave Brown of Blues Vespers. 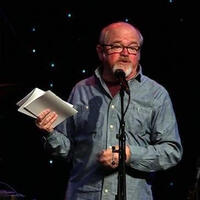 After the film there will be a conversation led by Rev. Dave Brown, the creator and host of BLUES VESPERS. Blues Vespers, a blues concert with poetry and a brief refection, is in its 23rd year. Dave and Blues Vespers have won numerous Best in Blues awards from the Washington Blues Society.

More information on the film here.