Join us for a free screening of The Redeem Team and a discussion with the film's producer, Greg Groggel!

Using unprecedented Olympic footage and behind-the-scenes material, The Redeem Team tells the story of the U.S. Olympic Men's Basketball Team's quest for gold at the Olympic Games Beijing 2008 following the previous team's shocking performance four years earlier in Athens. The documentary offers a fascinating portrait of team building and features insightful interviews with athletes and coaches from Dwyane Wade and LeBron James to Mike "Coach K" Krzyzewski, who reflect on how The Redeem Team set a new standard for American basketball. 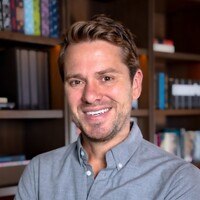 Tickets are first-come, first-serve on the day of the event! We recommend getting to the Box Office at least 20 minutes early to reserve your ticket!