Q&A with filmmakers of IN A SILENT WAY and KNKX 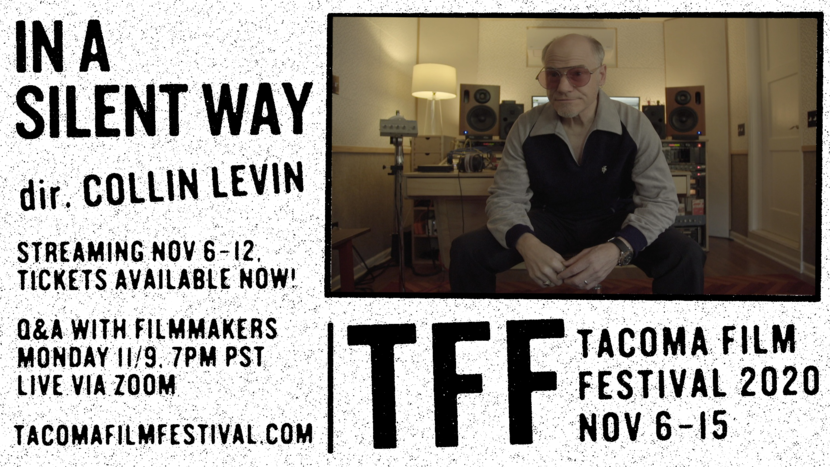 Filmmakers of In A Silent Way—including director Collin Levin, producer/writer/actor Nicholas Tuttle, and DP Dylan Dugas—join us for a live conversation led by KNKX music host Abe Beeson on Monday, November 9, at 7pm PST. Join us on the Zoom here (meeting ID: 915 7054 9310 / pw: jazzen). Can't make it live? The conversation will be recorded and available shortly after. EDIT: Watch recording now on our YouTube channel.

In A Silent Way is a feature film dark comedy about a young modern jazz musician who dreams of success on a grand scale, but can’t seem to overcome his selfishness in order to understand the value of the musicians next to him. "This film is a faux-documentary. In the likes of Christopher Guest films and The Office. It's like if Michael Scott started a jazz band."